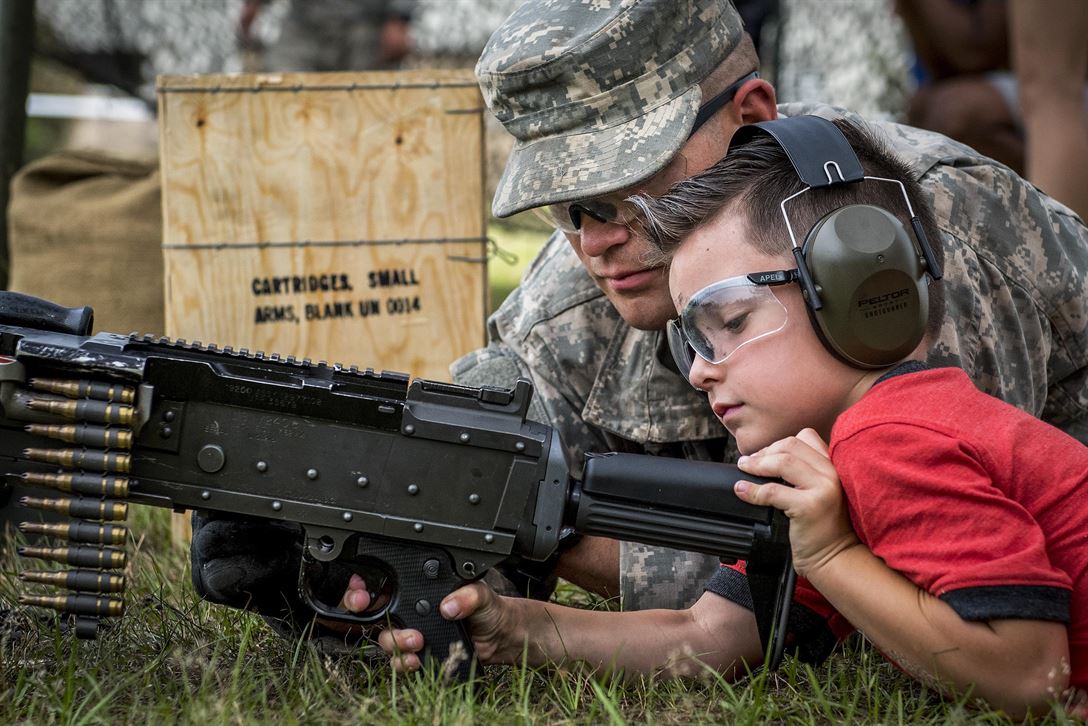 The United States witnessed three mass shootings in one week recently in California, Texas, and Ohio. There have been more than 250 mass shootings so far in 2019, more than one a day. This year in America, more than 33,000 shooting incidents have killed more than 8,700 people.

America is the richest country in the world, but it has more than half a million homeless and 28 million people without health insurance – out of a population of around 325 million. The U.S. infant mortality rate places it 33rd out of wealthiest 36 nations.

In the White House, meanwhile, the current president lies nonstop, uses racist rhetoric against members of Congress, and badmouths American cities. He has refused to cooperate with congressional investigations, ridiculed the press, and used his office to enrich himself, his family, and his friends. His understanding of foreign affairs is poor to non-existent. To put it bluntly, Americans voted to put their country into the hands of a belligerent idiot.

People from other industrialized countries must think that the United States has simply gone insane. It is a nation of terrible extremes: grotesque wealth and horrific poverty, brilliant minds and widespread ignorance, high rates of volunteerism and endemic violence. America seems to be suffering from some kind of bipolar disorder with pockets of manic energy and large areas of deep depression.

It would be tempting to argue that America is only suffering from a bout of temporary insanity. But mass shootings, gross economic inequality, and corruption didn’t begin when Donald Trump became president. He has made matters worse, to be sure. But these trends are longstanding.

So, why do Americans put up with such violence, economic inequality, and political nonsense?

But it’s the persistence of these trends of violence, economic injustice, and political malfeasance that explains why so many Americans reflexively believe that they live in the best of all possible countries. Most Americans have become accustomed to the country’s decaying infrastructure, the endemic crisis of drug addiction, and the structural racism of the society. If you don’t fix the cracked window in your house right away, you can begin to get used to it. And then another window cracks, and then the back door stops working and the roof begins to leak, and you don’t realize until it’s too late that the house is falling down around you.

Moreover, more than half of Americans have never traveled to another country. One in ten hasn’t even gone outside the state in which he or she was born. Since most of the news about other countries is negative, Americans naturally believe that life is more dangerous outside their borders. They haven’t actually seen what it’s like in other countries, so there’s no way for them to compare the craziness of life in America with life anywhere else.

Of course, plenty of countries experience considerable violence, economic inequality, and political corruption. But they are usually not powerful industrialized nations.

The GINI index measures a country’s economic inequality. The United States, according to OECD figures, is fourth from the bottom of the wealthiest countries in the world. Only Chile, Turkey, and Mexico have greater income inequality after taxes and transfers.

On corruption issues, the United States has generally been in the top twenty in terms of transparency. But in 2018, it dropped six places to number 22 in the Transparency International rankings. Here, the influence of the Trump administration has been significant. The problem is not ordinary corruption like bribery. Rather, Trump is challenging the very foundations of the rule of law. He promised to “drain the swamp” of political influence-peddling in Washington, DC. But he has only made the nation’s capital swampier.

Individuals with mental disorders can seek professional help. They can take medications and enter psychotherapy. They can check themselves into a hospital.

But what happens when a country is crazy?

The first task is to get rid of the most obvious symptom of craziness by removing Donald Trump from office. In 2020, Trump has the advantage of an incumbent plus strong economic indicators. Also, according to an analysis in the Cook Political Report, Trump could lose the popular vote in 2020 by twice the margin he lost by in 2016 and still win the presidency in the Electoral College.

Therein lies the peculiar problem with America’s madness. The political system no longer reflects the will of the majority. Even though most Americans want gun control and a more equitable economy, their desires are thwarted by powerful actors (like the National Rifle Association and powerful corporations) and structural realities (the Electoral College, an unfair tax system).

People with psychosis don’t realize that they’re in a psychological crisis. America has similarly lost touch with reality. Much of the country doesn’t even realize that there’s a problem.

The election of Donald Trump was a stark reminder of all that is going wrong in the United States. Perhaps his defeat in the 2020 election, if the majority can once again make its voice heard, will be the first step in acknowledging the problem and beginning a much-delayed recovery.