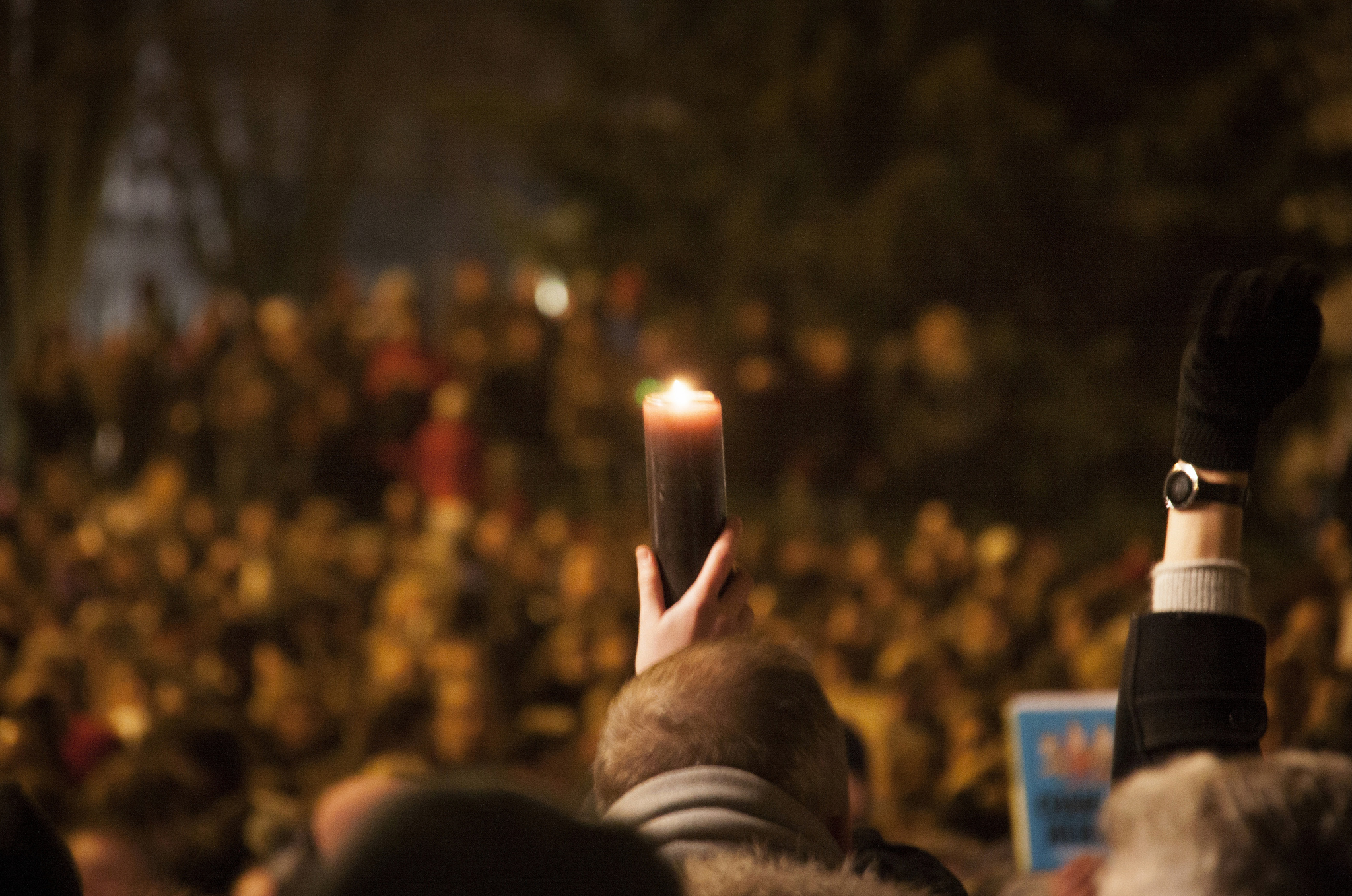 Is It Wrong to Mourn Paris More Deeply Than Beirut?

Paris was a wake-up call for Westerners — a reminder that we usually have the luxury to ignore the costs of war, even as our governments inflict them on foreigners.
By Jeanne Kay | November 16, 2015

Since the Paris massacre of Friday the 13th, I’ve witnessed an unraveling of questions and debates on my social media feeds over the question of selective mourning. Who gets to be mourned — and on what grounds?

Who gets to be marked “safe” on Facebook’s Safety Check feature when tragedies occur? Which atrocities deserve public and media attention, and which are relegated as too routine to be noticed?

Of course, all of these questions are based on the premise that the sphere of consciousness that matters most in the West is our own. If it’s not on CNN, in Le Monde, or trending on Twitter, it didn’t happen. It’s an unfair standard, of course. But these are the sources of information that influence public opinion, which in turn affects policymaking — including on foreign policy.

So let’s ask the question: Is it, in fact, wrong for Westerners to mourn the victims of the Paris massacre more acutely and more vocally than those of, say, the recent Beirut bombings?

My father was French and I spent several years of my childhood in France. I’ve lived in Paris and have close friends who live there now. I’ve seen a concert or two at the Bataclan and on any given evening could have taken the Metro to Oberkampf to have dinner at Petit Cambodge. For me, part of the shock of the massacre came from this proximity and familiarity: These places felt safe.

It could’ve been me among the dead, or some of my best friends. It’s like learning that the flight you missed crashed. Or that your best friend’s school burnt down a year after she graduated. When it hits so close to home, who lives and who dies feels crushingly arbitrary.

Yet when it hits farther away — in Beirut, Damascus, or Baghdad — it doesn’t feel nearly so immediate, even if others are suffering in exactly the same way.

I don’t think that it’s fair or helpful to judge these feelings too harshly: There’s a natural, socially engrained tendency to have stronger feelings towards proximate objects with which we have direct links — like the Little Prince caring more about his Rose even though there were many other Roses which were just the same, because il l’avait apprivoisée. Part of the selective mourning by the non-French does come from a sense of familiarity with Paris — having a French friend, for instance, or having a fond memory of a trip there, or perhaps cherishing a romanticized vision of the city acquired through film or literature.

This is understandable. But we can’t ignore that atrocities like these happen every single day in the world, in places that don’t ignite these feelings of recognition, familiarity, or empathy for most of us in the powerful countries of the West. But they’re familiar and recognizable and mournable to many, many others in just as deep and real a way as Paris seems to us.

Others whose humanity is exactly equal to ours, whose capacity for feeling pain, trauma, and loss has in no way been lessened by the frequency with which it is mobilized — others with the same rights to go see a concert on a Friday night without a care in the world. These daily tragedies and crimes are just as horrific, destructive, and unacceptable — and usually afflict many more people on a much more intense rhythm — as the ones we Westerners tend to care more about.

The solution isn’t to “care less” about the Paris massacre, but rather to use those feelings as a window into what others — especially those we routinely forget to recognize or remember — feel on a routine basis. To remind ourselves that we have the privilege and luxury of forgetting about war on most days, because we’re a part of the nexus of power that inflicts violence on those parts of the world that are less familiar to us, less prone to mobilize our empathy or even our concern.

Our feelings of horror, sadness, and even trauma towards victims we instinctively recognize as our own should wake us up to our daily forgetfulness about the identical horror, mourning, and trauma that the nation-states to which we belong inflict on the Others, the Strangers, the unfamiliar Non-Us of our world.

It’s therefore not a question of Paris or Lebanon, or of not having the right to mourn Paris today if we didn’t mourn Beirut yesterday.

Instead, let our current grief over the familiar be a wake up call so that we not only remember to grieve the lives lost in unfamiliar places tomorrow, but actively work to stop our governments from inflicting them in the first place.

Who knows? Through this very struggle for a more just foreign policy, those faraway places might end up becoming just as familiar, just as close to our hearts as those Parisian streets.

Jeanne Kay is a contributor to Foreign Policy In Focus.