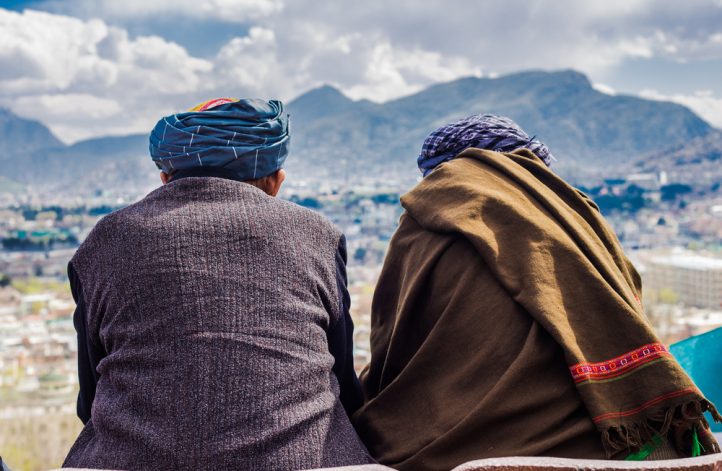 The news that the Americans recently held face-to-face talks with the Taliban suggests that longest war in U.S. history may have reached a turning point. But the road to such a peace is long, rocky, and plagued with as many improvised explosive devices as the highway from Kandahar to Kabul.

That the 17-year old war has reached a tipping point seems clear.

The Taliban now controls more territory than they have since the American invasion in 2001. Casualties among Afghan forces are at an all time high, while recruitment is rapidly drying up. In spite of last year’s mini-surge of U.S. troops and air power by the Trump administration, the situation on the ground is worse now than in was in 2017.

If any one statement sums up the hopelessness — and cluelessness — of the whole endeavor, it was former Secretary of State Rex Tillerson’s challenge to the Taliban: “You will not win a battlefield victory. We may not win one, but neither will you.”

Of course, like any successful insurgency, the Taliban never intended to “win a battlefield victory” — only not to lose, thus forcing a stalemate that would eventually exhaust their opponents. Clearly the lessons of the Vietnam War are not part of the standard curriculum at Foggy Bottom.

Why things have gone from bad to worse for the U.S./NATO occupation and the Kabul government has less to do with the war itself than a sea change in strategy by the Taliban, a course shift that Washington has either missed or ignored. According to Ashley Jackson of the Overseas Development Institute, the Taliban shifted gears in 2015, instituting a program of winning hearts and minds.

The author of the new strategy was Mullah Akhtar Mohammad Mansour, who took over the organization following the death of founder Mullah Omar in 2013. Instead of burning schools, they staff them. Instead of attacking government soldiers and police, they strike up informal ceasefires, and even taking turns manning checkpoints. They set up courts that aren’t tainted by corruption, collect taxes, and provide health services.

Mansour also made efforts to expand the Taliban from its Pashtun base to include Tajiks and Uzbeks. According to Jackson, both ethnic groups — generally based in northern Afghanistan — have been appointed to the Taliban’s leadership council, the Rahbari Shura.

Jackson says the “Taliban strategy defies zero-sum notions of control” in any case, with cities and district centers under government authority, surrounded by the Taliban. “An hour’s drive in any direction from Kabul will put you in Taliban territory.”

Taliban leaders tell Jackson that the group is looking for a peace deal, not a battlefield victory, and the new approach of governance seems to reflect that.

That’s not to suggest that the group has somehow gone pacifist, as a quick glance at newspaper headlines for October makes clear: “Taliban assassinate Afghan police chief,” “Taliban attack kills 17 soldiers,” “On 17th anniversary of U.S. invasion 54 are killed across Afghanistan.”

The Taliban aren’t the centralized organization that they were during the 2001 U.S./NATO invasion. The U.S. targeted Taliban primary and secondary leaders — Mansour was killed by an American drone strike in 2016 — and the group’s policies may vary from place to place depending who’s in charge.

In Helmand in the south, where the Taliban control 85 percent of the province, the group cut a deal with the local government to open schools and protect the staff. Some 33 schools have been re-opened.

In many ways there’s an alignment of stars right now, because most of the major players inside and outside of Afghanistan have some common interests. The problem is that the Trump administration sees some of those players as competitors, if not outright opponents.

The Afghans are exhausted, and one sign of that is how easy it’s been for Taliban and local government officials to work together. While the Taliban can still overrun checkpoints and small bases, U.S. firepower makes taking cities prohibitively expensive. At the same time, the U.S. has dialed down its counterinsurgency strategy, and, along with government forces, redeployed to defend urban areas.

The Taliban and the Kabul government also have a common enemy: the Islamic State (IS), which, while not a major player yet, is expanding. The growth of the IS and other Islamic insurgent groups is a major concern for other countries in the region, in particular those that share a border with Afghanistan: Iran, Russia, China, and Pakistan.

But this is where things get tricky, and where no alignment of stars may be able to bring all these countries into convergence.

Pakistan, China, Iran, and Russia are already conferring on joint strategies to bring the Afghan war to a conclusion and deepen regional cooperation around confronting terrorism. China is concerned with separatists and Islamic insurgents in its western provinces. Russia is worried about the spread of the IS into the Caucasus region. Iran is fighting separatists on its southern border, and Pakistan is warring with the IS and its home-grown Taliban. And none of these countries are comfortable with the U.S. on their borders,

Russia, China, and Pakistan are members of the Shanghai Cooperation Organization (SCO), and Iran has applied to join. The SCO consults on issues around trade and energy, but also security. While India is also a member, its relationship to Afghanistan is colored by its competition with Pakistan and China. New Delhi has border issues with China and has fought three wars with Pakistan over Kashmir, but it too is worried about terrorism.

All of these countries have been discussing what to do about ending the war and getting a handle on regional terrorism.

First, a ceasefire in Afghanistan between the Taliban and the Kabul government and a pull back of American troops. The argument that if the U.S. withdrew, the Kabul government would collapse and the Taliban take over as they did during the civil war in 1998 is really no longer valid. Things are very different locally, regionally, and internationally than they were two decades ago.

The Taliban and the Kabul government know neither can defeat the other, and the regional players want an end to a war that fuels the kind of terrorism that keeps them all up at night.

The SCO could agree to guarantee the ceasefire, and, under the auspices of the United Nations, arrange for peace talks. In part this is already underway, since the Americans are talking to the Taliban, although Washington raised some hackles in Kabul by doing so in secret. Transparency in these negotiations is essential.

One incentive would be a hefty aid and reconstruction package.

There are a number of thorny issues. What about the constitution? The Taliban had no say in drawing it up and are unlikely to accept it as it is. What about women’s right to education and employment? The Taliban say they now support these, but that hasn’t always been the case in areas where the group dominates.

All this will require the cooperation of the Trump administration, and there’s the rub.

If one can believe Bob Woodward’s book Fear, Trump wants out and the U.S. military and the CIA are trying to cut their losses. As one CIA official told Woodward, Afghanistan isn’t just the grave of empires, it’s the grave of careers.

However, Washington has all but declared war on Iran, is in hostile standoffs with Russia and China, and recently cut military aid to Pakistan for being “soft of terrorism.” In short, landmines and ambushes riddle the political landscape.

But the stars are in alignment if each player acts in its own self-interest to bring an end to the bloodshed and horrors this war has visited on the Afghan people.

If all this falls apart, however, next year will have a grim marker: Some young Marine will step on a pressure plate in a tiny rural hamlet, or get ambushed in a rocky pass, and come home in an aluminum casket from a war that began before he or she was born.