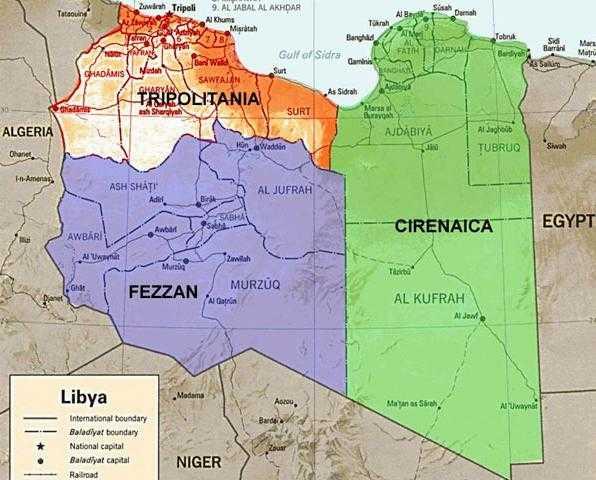 Under pressure from a potential secessionist movement in the east, Libya must tread carefully to avoid becoming another Somalia.
By Felipe Umana | March 30, 2012 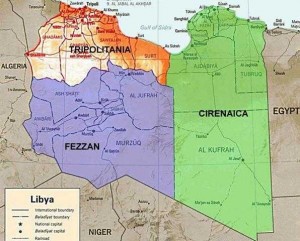 The Congress for the People of Cyrenaica, which was held in eastern Libya’s largest city, Benghazi, attracted international attention after the group demanded greater autonomy from the central government in Tripoli and a reversion to the federal Libya that existed in the 1950s.

Cyrenaica — or Barqa, as it is referred to locally — stretches from the littoral town of Sirte (known famously as the birthplace of Muammar Gaddafi) to the eastern border with Egypt. The globally recognized representative of the Libyan people, the Tripoli-headquartered National Transitional Council (NTC), immediately rejected demands for greater self-government. Believing that more self-government may lead to the division of the Libyan state, the leader of the NTC, Mustafa Abdel Jalil, promised to defend the unity of Libya by force, if necessary.

Political representatives in Cyrenaica have no intention of backing down from their recent calls for more independence from Tripoli. The reasons behind this “final and irreversible” call for Cyrenaican autonomy are plentiful and deserve attention. However, rash actions and force of any kind can transform this issue into a catalyst for civil unrest and pit Tripoli and Benghazi against each other. Any further tensions could easily push this call for greater autonomy into a large-scale division of Libya.

As a country still in political flux, Libya may not be prepared to withstand the consequences of Cyrenaica’s unofficial bid for more self-government. In order for the country to maintain peace and order, both the central government and civic leaders in Cyrenaica will have approach political talks with transparency and open minds. If not, Libya could become Africa’s next Somalia.

Because it experienced a different historical trajectory from Tripolitania and Fezzan – Libya’s two other administrative regions – Cyrenaica maintained a separate identity well into the 1960s. Modern Libya came into existence only when Italy united Cyrenaica, a former Ottoman province, with Tripolitania and Fezzan in the 1930s. Under Benito Mussolini, Libya’s three administrative regions drifted apart as local governors struggled to combat poverty and internal divisions.

By 1949, the British declared the Emirate of Cyrenaica independent, and the new entity controlled its own affairs until 1951, when the United Nations brought together the British territories of Cyrenaica and Tripolitania with the French-controlled Fezzan and set January 1, 1952 as the official date of independence for the Kingdom of Libya. Under this federal arrangement, Cyrenaica continued to maintain a fair share of autonomy under the newly drafted constitution until the Gaddafi-organized coup in 1969.

Despite several centuries under the control of other powers, modern Cyrenaica has enjoyed a great deal of autonomy throughout history. It is this history that is partially driving its bid for semi-autonomy within Libya.

The Congress for the People of Cyrenaica believes that Cyrenaica deserves greater independence from Tripoli for several reasons. Cyrenaica’s population, for instance, has suffered through decades of marginalization and neglect. Under Gaddafi, eastern Libya failed to see significant economic progress as most development was focused in Tripolitania and Fezzan. Sentiments for more say in internal politics are therefore common in Cyrenaica. Mohammed Buisier, a Libyan-American who has helped organize the Congress for the People of Cyrenaica, warns about the effects of decades of marginalization: “If we keep this [neglect] towards the east, I cannot guarantee that Libya will be united in 25 years time.”

Eastern dissatisfaction with the central government did not improve after the NTC assumed control of Tripoli. In the National Congress, the interim parliamentary body assigned to draft the new Libyan constitution, Cyrenaica was offered 60 seats, while Tripolitania was assigned nearly three times as many. The 12-hour drive between Tripoli and Benghazi only underlines the physical and symbolic distance between the interim government and Cyrenaica.

Moreover, because most of the NTC-led combat operations against Gaddafi loyalists took place in Cyrenaican territory, tribal leaders and politicians in the region feel entitled to more power.

These reasons, however, may not be enough to garner public support for the bid. Rallies held in Tripoli and Benghazi three days after the unilateral declaration demonstrate how polarizing an administrative change would be among Libyan citizens, even for natives of Cyrenaica.

Is Libya Prepared for Federalism?

Along with the declaration of semi-autonomy, politicians in Cyrenaica have also called for a reversion to the pre-1960 federal system. Nevertheless, in the eyes of the NTC, the transformation to a federal Libya precedes the potential division of Libya and a call for outright secession by Cyrenaica.

In reality, federalism is different for every country. Some federal states are relatively successful (Switzerland, United States) while others are troubled (Nigeria, Iraq). Sadiq Budawara, a Libyan university professor, believes that federalism is the most appropriate form of government for Libya, but because the decision was unilateral and issued without consultation with Tripolitania or Fezzan, it may in fact “split the land.” Thus, he recommends that Libyan politicians tread carefully and consider the repercussions of any administrative transformation.

The potential consequences for a reversion to a federalist Libya vary in gravity, but all will affect the political and economic progress of post-revolutionary Libya. Although the Congress for the People of Cyrenaica has only demanded some autonomy from certain governmental functions, any further calls for self-government could lead to the dissolution of Libya via secession. Or it could increase violence through civil unrest.

One of the most salient consequences of more self-government privileges is economic development. About three-quarters of Libya’s vast oil reserves lie underneath Cyrenaica. Indeed, if this easternmost region were to secede, it would become one of the richest states in North Africa and the Middle East. Although lawmakers in the east do not want to wholly control the oil fields in Cyrenaica, the possibility of reaping the benefits from their own land remains a powerful factor for political strategies in both the east and the west.

Likewise, the NTC has come in for its share of criticism for a range of shortcomings, including a lack of transparency, a failure to protect the rights of minorities, the slow restoration of public services in areas worst hit during the revolution, the torture of prisoners, an unaccountable detention system, and problems with the 2012 Election Law. In response, civic leaders have provided a set of conditions for greater autonomy. They want a Cyrenaican parliament. They are calling for control of the area’s own police forces, courts, housing projects, and education. And they are advocating for their own regional capital.

Tripoli, however, would experience some setbacks from a more loosely organized Libya. NTC leader Jalil firmly believes that certain Arab nations (though he declines to name which ones) may be encouraging a Libyan division. Any further division could generate considerable mistrust and taint foreign relations. The NTC also faces the potential loss of Benghazi, which it named Libya’s “economic capital” two months after Gaddafi was found. The city is an important port, hosts a number of key institutions and organizations, and has a very robust industrial and commercial presence. Moreover, the Cyrenaican cities of Bayda and Ajdabiya, both flourishing, are among the most populous cities in the country. Limited control over these three cities could impede economic growth for the country as a whole.

The NTC already has enough on its plate. Tasked with bringing militias under control and decommissioning their arms, the NTC would not be able to simultaneously organize elections, draft a new constitution, and maintain order in the east. To do so would involve sacrificing attention to other issues and would jeopardize the country’s immediate future. Correspondingly, a switch to a federal state could exacerbate existing tensions in lieu of providing political catharsis. Another round of civil war could result.

Behind the Call for Greater Autonomy

It is unclear how much popular support exists for eastern autonomy. Although there is some strong backing in the east, protests around the country clearly point to a lack of universal support. But what is clear is that the Libyan revolution has ushered in a rush of political opportunism to fill the vacuum left behind by Gaddafi’s government.

Like every post-war era, the political transition in Libya will be difficult, messy, and contentious. The NTC has been far from a perfect interim government, so the calls for autonomy are understandable. However, a call for more autonomy might not be the panacea that civic leaders in Cyrenaica desire. Public servants from both sides should consult with each other, reexamine their political goals, and revise certain policies in order to ensure that a collision of interests – and the advent of hostilities – is avoided. Working together to reach a compromise benefits both parties significantly and keeps the integrity of the Libyan state intact. Civic leaders in Cyrenaica benefit more from open talks than by polarizing their constituents. Similarly, the NTC avoids greater instability by encouraging more participation from this region. Almost a third of Libya’s population originates from the eastern administrative regions within Cyrenaica. Greater inclusion would improve conditions for the entire country and maintain a collective national identity.

Tripoli has used Cyrenaica’s smaller population as an excuse to allocate the region fewer seats in parliament. But Cyrenaica also has a large territorial expanse and great economic potential. With open discussions, both parties can negotiate and compromise on the political future that works best for the country, as well as avoid unilateral decisions that alienate each other.

If all sides are well represented in Tripoli, calls for regional autonomy may become obsolete.

Felipe UmanaFelipe Umana is a contributor to Foreign Policy in Focus.