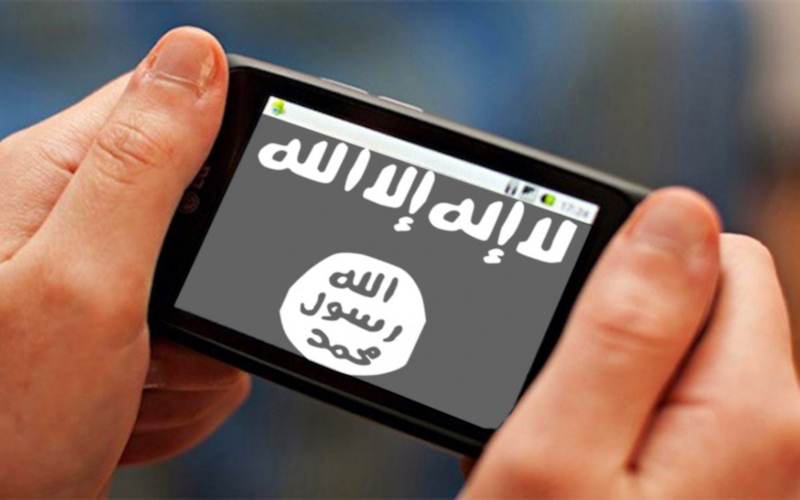 Cyberspace is the ideal platform for terrorists because, unlike conventional warfare, barriers to entry into cyberspace are much lower. The price of entry is an Internet connection. The surreptitious use of the Internet to advance terrorist group objectives has created a new brand of Holy War—“virtual jihad”—that gains thousands of new adherents each day. Long after the current terrorist groups have ceased to be a major threat from a physical perspective, they will remain omnipresent in cyberspace, promoting a virtual caliphate from their safe haven behind computer keyboards around the world. Islamic extremists are natural candidates to transition to a virtual world that offers them automatic citizenship beyond the nation-state.

Since the Islamic State (ISIS or IS) was founded, its leaders have deftly and continually rewritten the narrative to claim that the group’s desired caliphate exists, has a specific location, and maintains a defined group of adherents. Unconstrained by the absence of a definitive Quranic guideline for what constitutes a caliphate, IS created its own self-promoting doctrine. The group expanded its caliphate narrative to include a wide range of options for participation: membership included everyone from the passive observer reading a blog or curiously following a Twitter feed to the keyboard jihadist editing Rumiyah or hacking a website to the real-world operators attacking a nightclub or running down holiday celebrants with a delivery truck.

IS has successfully exploited the sociopolitical environment and young adults’ obsession with technology to establish a growing community of devotees in the ungoverned territory of cyberspace, ensuring its ability to continue to coordinate and inspire violence well into the future. IS has found its own salvation via the Internet, particularly since it has already passed the peak of its real-world power.

IS has also capitalized on the world’s evolving propensity to integrate online activities with real-world activities. Social media has had an incredible multiplying effect on radical messaging, and IS has had great success publishing online, which has resonated particularly well with disenfranchised Muslims and youths, inspiring some to act on inspiration and guidance received online. IS has exploited their search for meaningful identity by promising to restore their dignity so that they may find personal fulfillment and purpose.

The virtual world is in some ways more compelling than the real world, because storylines can be artfully crafted for maximum appeal, while omitting anything that may be perceived as negative. A promise is much easier to make online, as is the vision of fulfilling aspirations. The IS has created virtual messaging that is wildly at odds with the reality of life as an IS fighter on the ground. Cyberspace has enabled IS to turn tactical defeats on the battlefield into glorious martyrdom operations that highlight the bravery and commitment of its fighters. The loss of territory and the deaths of key leaders have served to feed propaganda efforts that are used to prove the resiliency of the caliphate.

Since all that is required to be a virtual planner is an Internet connection and good encryption, they can operate from anywhere, although being geographically dispersed carries heightened risk of detection in some nations. The virtual planner model has revolutionized jihadist external operations. IS has taken advantage of recent advances in online communications and encryption so that the group’s top operatives can directly guide lone attackers, playing a central role in the conceptualization, target selection, timing, and execution of future attacks. Virtual planners offer operatives the same services once provided by strictly physical networks. They seamlessly execute the group’s guiding strategy and maximize the impact and propaganda value of attacks waged in its name, while avoiding many of the risks typically associated with physically training operatives, such as being tailed or getting caught returning to a home country.

Integrated into the group’s geographical command structure, virtual planners function much like theater commanders but in the cyber realm. IS virtual planners are also assigned areas of responsibility according to their nationality and linguistic skills, and are tasked with actively recruiting and handling attackers from these areas.

The advancement of Internet-based communication and the explosion of social media have enabled the planner to reach a larger audience than ever before. By building an “intimate” relationship with a potential attacker, the virtual planner provides encouragement and validation, addressing the individual’s doubts and hesitations while generating confidence and a strong desire to carry out an attack. Virtual planners can replicate the same social pressures that exist with in-person cells. Individuals can simply wander into searchable online networks rather than identify with and be socialized by covert in-person networks. Unlike with physical networks, the virtual planner model does not risk the capture or punishment of the network’s key operatives.

Individuals inspired by IS can directly reach out to virtual planners for guidance and assistance in carrying out attacks. In addition to recruitment and operational guidance, virtual planners can bring disparate individuals and cells together to form larger attack networks. IS virtual planners allow the group to effectively seize ownership over what would previously have been considered lone-wolf attacks. Virtual planners transform these individuals into ambassadors for the IS global brand at relatively low cost. Virtual planners help maximize the psychological and reputational impact of violence committed in the IS name, further enticing other potential devotees to join its cause.

The success of the virtual-planner model underscores the ongoing process of organizational learning by jihadist groups. But the model also has disadvantages, such as the inability to provide in-person training or be optimally nimble during an attack to modify plans as circumstances change. Cells directed by virtual planners are also at greater risk of being detected by Signals Intelligence, despite advances in end-to-end encryption. Nonetheless, the virtual planner approach is a low-cost, high-reward strategy with enormous destructive potential, especially as IS and other terrorist groups continue to refine the model.

Adaptations to jihadists’ modes of operation have continually outpaced states’ ability to effectively counter them, and will likely continue to do so. Virtual jihad has not only gained prominence and credibility as an alternative to traditional conceptions of jihad but has also progressively outpaced physical jihad. Although physical jihad continues to appeal to a great many actors, virtual jihad has supplanted traditional notions of jihad for a new generation of adherents who are either unwilling or unable to engage in physical violence themselves. The rise of the virtual jihadist has assumed an important (perhaps irreplaceable) role in rejuvenating the concept of jihad and facilitating the dissemination of its “counterculture” narrative to new audiences for many years to come.

Daniel Wagner is author of the new book Virtual Terror, founder of Country Risk Solutions, and managing director of Risk Cooperative. Giuseppe Del Vecchio is a research analyst with CRS.