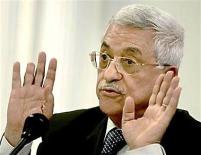 Israel would be better served in talks with Palestinians if it acquainted itself with their justice customs -- and vice versa.
By Doron Pely | July 17, 2013

The idea that Palestinians are presenting preconditions to negotiations is a prevalent view in Israel. Officials usually respond by stating that Israel is not going to give “presents” to Abbas just for joining the peace talks. For example, a recent article in a major Israeli online news outlet quotes “senior officials in Jerusalem” as saying, “Talks yes, gestures of goodwill no.”

Those of us familiar with Muslim/Arab customary justice practices see in Abbas’ “leverage” something else. A major part of a ubiquitous Muslim/Arab dispute resolution practice called sulha (settlement) calls for the perpetrator’s side to make a gesture towards the victim’s side using a ritualistic tool called atwa (token of good will). The standard practice, in case of a dispute among Arabs (Muslims, Christians, and Druze), is for the atwa to be extended through a symbolic amount of money, demonstrating the seriousness of the intentions of the perpetrator’s side as they enter the settlement negotiations. At the same time, accepting the atwa signals the victim’s side’s agreement to join the settlement process. This arrangement bonds both sides into a process designed to replace conflict with forgiveness and demands with a settlement.

In sulha, the atwa is a precondition for the hudna (truce, ceasefire), a predefined period during which the disputing sides will avoid taking belligerent actions. Instead, they will dedicate themselves solely to the task of reaching a settlement.

So it may be that the Palestinians are approaching these talks in the same way they deal with other settlement negotiations – by using their own cultural references and their own dispute resolution tools and practices. They are not presenting “preconditions.” Rather, they are simply following their familiar dispute resolution path.

Had the Israelis known these cultural practices, they might have found more sophisticated ways of dealing with such perceived “preconditions,” thereby bridging this cross-cultural gap without resorting to tough, exclusionary language .

Is it reasonable to assume that Israelis — living in the Middle East for decades, with a robust cadre of academic Middle East experts and intelligence analysts, and years of negotiations experience – don’t know all there is to know about negotiating with Muslims/Arabs?

The answer is a resounding, though admittedly bewildering, “Yes.” Both the Palestinian and Israeli sides exhibit breathtaking ignorance about the practices, approaches, and mechanisms that drive dispute resolution processes across the aisle. Moreover, both sides are fantastically ignorant of their own ignorance, and when faced with such ignorance usually react with dismissal rather than curiosity. As Nobel Prize winning cognitive psychologist Daniel Kahaneman says in his book Thinking, Fast and Slow, “Our comforting conviction that the world makes sense rests on a secure foundation: our almost unlimited ability to ignore our ignorance.”

Doron Pely is a contributor to Foreign Policy In Focus, a PhD candidate at Kings College London, and the executive director of the Sulha Research Center in Shefar’am Israel. His research focuses on Muslim dispute resolution.