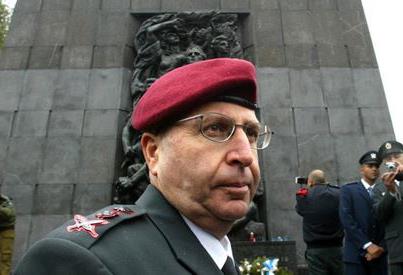 Israel’s Defense Minister Moshe (Bogey) Ya’alon recently launched another scathing attack on America, its leaders and its world leadership. Speaking at an event in Tel Aviv University, Ya’alon said, among other things that: “Israel can’t rely on weak US to deal with Iran.” He added that: “the US at a certain stage began negotiating with them (Iran, DP), and unfortunately in the Persian bazaar the Iranians were better.” Ya’alon concluded that: “We (Israelis, DP) have to look out for ourselves.”[1]

Ya’alon’s comments created a veritable storm of amazement and denunciations in Israeli political circles and in the media. In a March 19 interview on Israel’s Channel 10, Mr. Raviv Druker, a senior political correspondent for the TV channel, termed Ya’alon’s utterances “insane,” “stupid,” “utterly damaging,” and “Hair raising.”  Druker called Netanyahu’s silence in the latest incident “nothing short of amazing.”

Druker’s general sentiment was echoed by two additional interviewees, Mr. Alon Pinkas, former Consul general of Israel in the United States, and Mr. Dov Weisglass, former Chief of Staff for late Prime Minister Ariel Sharon. Both are not considered “lefties” by any stretch of imagination.

Mr. Pinkas called Ya’alon: “arrogant and stupid” and added that: “Ya’alon’s attention should be focused on trying to slow down America’s disengagement from the Middle East, rather than doing things that accelerate it.”

Mr. Weisglass said that’s “it’s unthinkable that Israel will attack in this manner the only nation in the world that supports it unreservedly. He added that “nations whose dependence on the US is absolute…just cannot treat its sole defender this way.” He concluded that: “All our (Israel’s, DP) strength since 1951 is based on Uncle Sam. Insulting the American President, saying that the American President is stupid and does not know what he’s doing, will not be forgotten or forgiven soon.”

U.S. response to Ya’alon’s latest attack was fast and sharp. Israeli television reported that Secretary of State John Kerry called Prime Minister Benjamin Netanyahu to voice his extreme displeasure about Ya’alon’s utterances, and to demand a “public” apology by Ya’alon. So far no such apology has taken place. Apparently, Ya’alon strongly believes in what he said regarding American weakness and lack of resolve, and he’s willing to test his opinion about challenging America’s resolve on himself and on Israeli-American relations.

American officials released the following statement (by unnamed sources): “We were shocked by Moshe Ya’alon’s comments, which seriously call into question his commitment to Israel’s relationship with the United States.”[2] A senior administration official told The Jerusalem Post on Tuesday night: “Moreover, this is part of a disturbing pattern in which the Defense Minister disparages the US Administration, and insults its most senior officials.” The official added that: “Given the unprecedented commitment that this administration has made to Israel’s security, we are mystified why the Defense Minister seems intent on undermining the relationship.”[3]

This is not the first time that Minister Ya’alon shares with the world at large his unflattering opinion of American policies and policy makers. A couple of months ago, Ya’alon was quoted as calling John Kerry “Messianic” and “Obsessed.” He also said, “The only thing that might save us is if John Kerry wins the Nobel Prize and leaves us be.”[4]

At the time, following a sharp rebuke by the United States, Netanyahu apparently pressed Ya’alon to make an apology, resulting in the following lukewarm statement by the Israeli Defense Ministry: “The defense minister had no intention to cause any offense to the secretary, and he apologizes if the secretary was offended by words attributed to the minister.”

The statements by Ya’alon clearly damage Israel’s relations with America, particularly with the White House. Considering that the US is basically Israel’s sole (and last) globally influential friend, without whom the Jewish state will find it difficult to thrive, not to say survive, Ya’alon’s comments are quite mystifying. It is unclear why Ya’alon does what he does, repeatedly. It is quite possible that he firmly believes in what he says; furthermore, he may very well be playing internal Israeli politics, maneuvering himself to the right of Prime Minister Netanyahu on the political spectrum, in an attempt to present himself as a possible replacement for Netanyahu, come future elections. Someone should point out to Mr. Ya’alon that if he wants to be Israel’s next prime minister, it would be helpful if the country survives that long – something that may be largely dependent on America’s good will (and huge financial, material and diplomatic support).

Wednesday night (Israeli time), Ya’alon repeated the apology ritual, phoning America’s Secretary of Defence, Mr. Chuck Hagel, saying: “In my statements, there was no antagonism or criticism or intent to harm the United States or [Israel’s] relations with it.” he added: “The strategic relationship between the two countries as well as the personal relationship and mutual interests are of utmost importance. I value the relationship at all levels, between Israel and the United States in general and the security establishment in particular.”[5]

Mr. Hagel accepted the apology, and said something about Ya’alon’s comments taken out of context. They (the comments) were not (taken out of context). Ya’alon meant every word he said. It is noteworthy that he made his apology to Mr. Hagel, the only official in the American administration who is apparently still willing to talk with him, and humur him.

The facts are simple, Mr. Ya’alon despises the current American administration, the one that Mr. Hagel serves in and for. Ya’alon’s apology means nothing because it was made for the sole purpose of sloughing off American anger. For reasons of world peace, America should accept no apology short of Ya’alon’s resignation. With Ya’alon remaining at the helm of Israel’s military machine, the odds that Israel will attack Iran are vastly increased.[6] Does America (or the world) want/need that?

Doron Pely is a contributor to Foreign Policy in Focus, a Ph.D. candidate at Kings College London, and the executive director of the Sulha Research Center in Shefar’am Israel. His research focuses on Muslim dispute resolution.