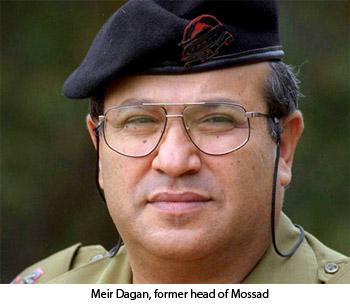 The question is not whether Israel will attack Iran -- it already has.
By Derek Bolton | November 22, 2011 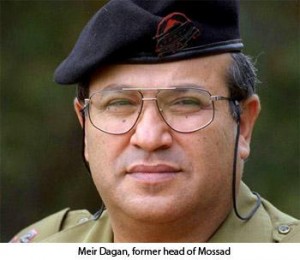 The release of November’s IAEA report sighting “credible” evidence of Iranian efforts to develop nuclear weapons has largely played into the hands of the Israeli Ministry of Defense. As Israeli Defense Minister Ehud Barak has sought to muster support for unilateral military strikes against Iran, many have surmised that Israeli military intervention may be imminent.

However, this fails to account for the fact that Israel, through its intelligence wing the Mossad, has already been engaged in a covert war against Iran’s nuclear program for almost a decade. The only change in recent months is that this ongoing campaign has slowly become more overt.

The Mossad’s intensified pressure on Iran can be traced back to the rise of Meir Dagan as head of the organization. Israeli Prime Minister Ariel Sharon brought in Dagan in 2001 to revamp and reinvigorate the faltering intelligence organization after serious setbacks in the 1980s and 1990s. Dagan had already demonstrated his prowess and ruthlessness as the leader of a covert Israeli task force aimed at disrupting and combating terrorist financing in the Palestinian territories. Consequently, Sharon sought to utilize Dagan to forge a “Mossad with a knife between its teeth.”

Dagan revamped the Mossad’s focus almost immediately. “The list must be short,” he said. “If we continue pretending we can do everything, in the end we won’t do anything.” Since then, the Mossad has restricted itself to focusing almost exclusively on Iran. As Dagan himself promised, “Let me deal with Iran my way. I promise to give you deterrents in time.”

Despite the skepticism Dagan has expressed since leaving office about the wisdom of an overt military strike on Iran, the decade since his appointment has seen a marked increase in what appear to be covert Mossad operations targeting Iran’s nuclear program. Author and journalist Ronan Bergam has numbered “the disappearance of an Iranian nuclear scientist, the crash of two planes carrying cargo related to the project, and two labs that burst into flames” among the numerous, mysterious misfortunes to befall the Iranian nuclear program in recent years. And in 2005, Iran created the Oghabz, a nuclear counter-espionage agency, granting tacit recognition to the role of Mossad’s espionage campaign in the mishaps.

The Mossad appears to have undertaken two distinct routes to counter Iran: industrial sabotage and targeted assassinations. To accomplish the former, the Mossad has established a series of dummy companies to sell flawed components or faulty technical documents sought by Iran. For example, in April 2006, Iran’s Natanz facility suffered an explosion caused by faulty electrical devices purchased from such a company in Europe, causing the destruction of 50 centrifuges.

More famously, the Mossad has also tried its hand at cyberwarfare. In a public press release on November 29, 2010, Iranian President Mahmoud Ahmadinejad for the first time admitted that Iran’s nuclear program had been temporarily disrupted by a computer worm known as Stuxnet, resulting in the malfunction of several centrifuges. Although Ahmadinejad had previously noted setbacks within the nuclear program, this was the first instance in which he publicly attributed such delays to acts of sabotage.

Alongside industrial facilities, Iranian nuclear scientists have become a main focus of Mossad agents conducting intimidation and assassination programs. According to intelligence analyst Reva Bhalla, there is “strong intelligence” that the Mossad assassinated leading Iranian nuclear physicist Ardeshir Hassanpour in January 2007. Hassanpour, who had been a vital member of the country’s uranium enrichment team, reportedly suffocated from gas fumes emitted from a broken fireplace. Although the death was officially claimed to be an accident, within the intelligence community it has become widely accepted that the Mossad was behind it.

However, the largest setback to the Iranian nuclear program occurred in late 2010 with the attempted assassination of two of the program’s leading scientists. On November 29, 2010, unidentified assailants simultaneously carried out two separate bomb attacks using remote-controlled magnetic devices attached to the targets’ cars. Majid Shahriari, who had managed a “major project” within the nuclear program, was killed as a result, while Fereydoon Abbasi, who has been deemed even more vital to the program, was severely wounded. Both men were seen as vital contributors to the nuclear program, with one U.S. official commenting, “They’re both bad people, and the work they do is exactly what you need to design a bomb. They’re both top scientists.”

Where Credit Is Due

The 2010 bombings are only some of the most recent incidents in a string of attacks that have claimed the lives of at least five Iranian scientists, including Massoud Ali-Mohammadi, who was killed in January of 2010.

Ahmadinejad and the Iranian press have openly condemned the Mossad and agents of the West for the assassinations. “The enemies of the Iranian nation,” Ahmadinejad said, “who have lost hope in their pressure and sanctions projects, have once again, on the eve of negotiations with Iran, resorted to blind terrorist attacks so that they can advance their illegitimate and oppressive demands against the Iranian nation.”

Although the Mossad has not openly claimed responsibility for the attacks, the organization’s silence on the issue seems to indicate a tacit admission of its role in the bombings. It would not be unreasonable to make similar assumptions about the recent explosion at a missile base near Tehran, which claimed the lives of 17 individuals – including the alleged “architect” of Iran’s missile program, Major General Hassan Moghaddam.

Israel’s most recent wave of hostile overtures toward Iran should thus be seen as a natural extension of the policies it has been carrying out for years. As a hawkish choir rises in Tel Aviv and analysts scramble to predict what will happen, the question is not whether Israel will attack Iran – it already has.

Derek BoltonDerek Bolton is a contributor to Foreign Policy In Focus.