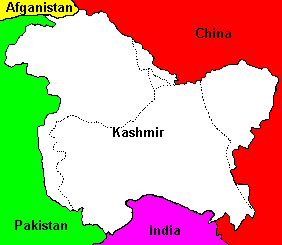 It Must Be Summer: Pakistan Shells India

India should respond to Pakistan’s mortar fire over the Line of Control with containment, not escalation.
By Srini Sitaraman | August 21, 2013

The latest round of border tensions along the Line of Control (LOC) separating India and Pakistan began with the ambush of 5 Indian soldiers earlier this month, which has now expanded to heavy exchange fire along the LOC and heightened tensions. Now the real question that is debated vigorously in the Indian media is why can’t and why has not India developed an adequate military response to the border ceasefire violations or pursued other military options. In some ways, this question is a red herring because India has indeed responded by returning fire along the border and sought to maintain the prevailing status quo on the border.

Motivations behind the Pakistani army’s decision to start shelling along the LOC in violation of 2003 ceasefire agreement are not entirely self-evident. Many theories are being floated in the Indian media to explain Pakistan’s violation of LOC. But one explanation stands out. Pakistani army began shelling in order to facilitate the cross-border intrusion of the dreaded jihadi groups such as Lakshar-e-Taiba (LeT) and Lashkar-eJhangvi (LeJ). Pakistani border forces have regularly have relied upon the strategy of lobbing mortar shells and small arms fire to facilitate infiltration of terror groups into Kashmir; this is an annual summer activity.

Two other theories are being floated that are equally plausible. This shelling and provocation serves as an indirect warning to the newly elected Pakistani Prime Minister Nawaz Sharif to not move ahead with peace and friendship entreaties towards India. This is the Army’s way of communicating with Pakistan’s weak civilian government and informing it in no uncertain terms that it is in charge of the India Policy. The Indian television and the print media and the blogosphere and twitterverse is filled with messages that lambaste the Indian government for its meek response to Pakistan’s unprovoked firing across the LOC and for the killing of five Indian Jawans.

There is a call for launching punishing raids across the LOC to teach them a lesson.  But, why is the Indian Ministry of Defense absolutely loath to pursue military options. First, there is the issue of military readiness or the lack of it. The Indian army’s mobilization takes such long preparation times that it nullifies the effectiveness of surprise raids. The second and probably more important reason for the lack of interest in pursuing military options is because there is no political will in India to pick a fight with Pakistan or escalate it to a level that would require a major military commitment. So why is New Delhi not interested in engaging in a variety of military options?

The answer to this question is best explained by using an appropriate analogy. The India-Pakistan situation is akin to South Korea-North Korea relations. South Korea has absolutely no incentive to aggravate or respond to every North Korean provocation; it has the military might to take on North Korea not counting that this will surely bring the United States directly into the conflict.

But three factors complicate South’s potential decision to counter North Korea’s aggressive actions with military might. One, North Korea has the military ability to cause significant economic and infrastructure damage to South Korea, particularly to South Korea’s capital city Seoul just with its conventional weapons. Two, North Korea could bring out its nuclear weapons; however crude they maybe there are very strong reasons to believe that this would cause serious and substantial damage to South Korea. Third, North Korea is a failed state; a collapsed and destroyed North Korea with refugees streaming into South Korea and China en masse would not be an ideal situation for the region.

One another way of presenting this is through the lens of international relations theory, particularly the theory of deterrence. North Korea has achieved effective and functional deterrence. The costs of war would be far greater for South Korea than on North. One could argue that North Korea has achieved deterrence just with its conventional weapons because the South is so fearful of North’s ability to significantly damage Seoul. There is no one in the South who is willing to provoke the North because of the concern of heavy military retaliation. So the South’s strategy has been to simply ignore every provocation and simply move on with its economic development and maintain its extraordinarily high standards of living.

One could argue that the presence of the United States in the Korean Peninsula is a stabilizing influence and that the South could take cover under the American conventional and nuclear umbrella. But the presence of American troops does not alter the reality that North Korea has the capability to cause significant damage to South Korea, particularly Seoul, which is only 35 miles away from the DMZ—the heavily militarized zone separating north and south.

South Korea enjoys an annual per capita income of 32,400 dollars, which is nearly 20 times compared to its northern half. A war with the North will force the South Korean economy to grind to a complete halt and this economic impact will reverberate across the world. In comparison, India’s gross national income of 5 trillion dollars is ten times larger than Pakistan. Even if the data was compared in terms of per capita income, India with a population of more than 1.2 billion has a GDP per capita of 4,000 dollars, which is roughly 1,100 dollars more than Pakistan with a population of 173 million. Hence, the economic costs of military escalation with Pakistan will definitely disrupt India’s already slowing (5.3%) growth rate and further hurt the declining value of the Indian rupee vis-à-vis the U.S. dollar (currently at 1USD = 61 Indian Rupees).

India and Pakistan are nuclear powers and the threat of nuclear retaliation by Pakistan because it lacks the conventional military capacity to counter India looms large in the Indian strategic calculations. Countervailing strategies such as the Cold Start doctrine have now been stored in the icebox. Cold Start is an ambitious doctrine that envisages a rapid and deep penetration into Pakistan in response to a cross-border terrorist attack without provoking a nuclear counter attack or setting in motion forces that would lead to the collapse of the Pakistani state. Both of these outcomes are supremely suboptimal, so this leaves only deterrence strategies and the opening up of multiple channels of communications to de-escalate and maintain the status quo along the LOC.

Another concern that is also frequently raised, but not given much sophisticated thought and analysis in public forums is the possibility of China opening up an opportunistic front either in Ladakh in the east or in Arunachal Pradesh in the west. There has been some murmur about the Indian army preparing to fight a two-front war, but one is not sure if the consequences and challenges of simultaneously engaging two highly capable militaries have been fully explored.

So although there is baying for blood in the Indian media and much teeth gnashing in the blogosphere, it would be extraordinarily unwise for India to provide the Pakistani army any opportunity to escalate this minor border eruption into a scaled-up military conflict. The decision to continue to talk to the Pakistani Prime Minister Nawaz Sharif is absolutely a sound one. The focus should be containment and management and not on escalation. The unfortunate situation is that New Delhi does not have an enormous amount of flexibility to respond to every provocation with force because it has to learn to operate in a dangerous neighborhood.

Srini Sitaraman is an Associate Professor in the Department of Political Science and the former Director of the Asian Studies Program at Clark University, and an Associate in Research with the Fairbank Center for Chinese Studies at Harvard University. Currently he is working on a book on the new dynamics of South Asian security.