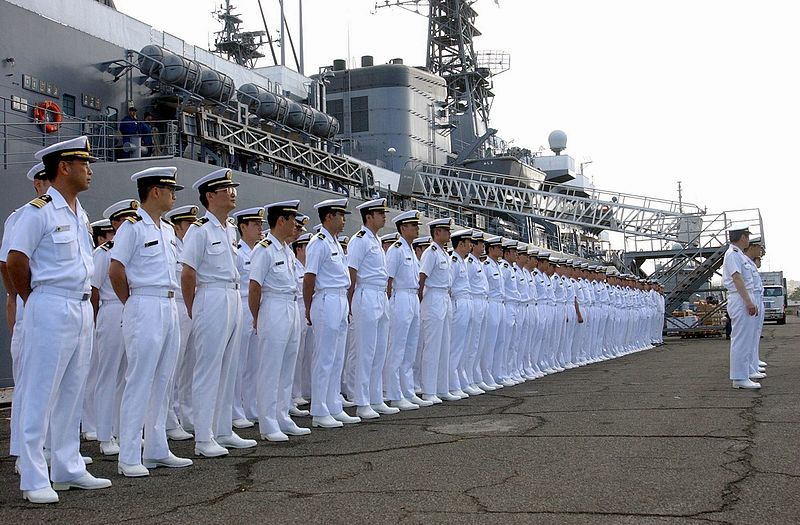 Despite its peace constitution, Japan boasts one of the largest militaries in the world.
By John Feffer | July 9, 2014

Japan has functioned under its “peace constitution” for nearly 70 years. The distinctive Article 9, which prevents the country from conducting war as a means of resolving international conflict, is showing its age.

Over the last several decades, after repeated “reinterpretations,” the peace constitution has become increasingly enfeebled. With its latest decision, the government of Prime Minister Shinzo Abe has quite nearly euthanized the document.

The Abe government recently announced a Cabinet decision that commits Japan to the principle of collective self-defense. Tokyo, in other words, can use force not only in self-defense but also to help an ally in peril, even if Japan itself is not under attack.

Prime Minister Abe has stressed that this reform reduces the risk of Japan being involved in war. He has also emphasized that this is not a major change in how Japan handles its foreign and military policy – and thereby does not violate the peace constitution. But the changes will in fact have significant implications.

The United States, which has long prodded Japan to shoulder more security responsibilities, immediately praised Abe’s bold move. Secretary of Defense Chuck Hagel called it “an important step for Japan as it seeks to make a greater contribution to regional and global peace and security.”

Japan’s neighbors were considerably less enthusiastic. Japan is currently embroiled in several island disputes – with China, South Korea, and Russia – which has colored the reception of Abe’s statements in those countries.

For instance, not much unites the ruling party and the main opposition in South Korea, but Abe succeeded in forging at least temporary unity among them. Representatives of both parties condemned the Japanese move as a threat to regional stability. The Chinese media was even harsher, citing an “evil intent” behind the shift.

A parliamentary vote would also require a national referendum. That step might not be any easier. According to one recent poll, 58 percent of Japanese oppose Abe’s latest reform. Jettisoning Article 9 altogether would likely encounter similar opposition. However, during his first term as prime minister, Abe pushed through a new referendum law that requires no minimum turnout.

Shinzo Abe has made it clear from the start that he wants Japan to have a more assertive military. But this is not the first time that a Japanese government has reinterpreted the constitution to enlarge the functions of the military, which is still formally called the Self-Defense Forces (SDF).

After North Korea launched a rocket into Japanese airspace in 1998, Japan ramped up its participation in U.S. missile defense. After the 9/11 attacks, Japan passed new laws that allowed the SDF to support U.S. forces outside of Japan. It also overturned the ban on using military force should the country come under attack.

More recently, Tokyo got rid of the formal prohibition on exporting military hardware (though Japan had long been selling many of the same items under the pretense that they were for civilian use).

Rather than a direct attack on the constitution, then, Japanese conservatives have favored an approach of successive reinterpretation that has gradually gutted Article 9 of its original intent.

The decision on collective self-defense also comes at a time when Tokyo is about to push ahead on the construction of a new U.S. military base in Okinawa. Despite opposition from nearly three-quarters of the Okinawan population, the United States and Japan are planning to replace the Futenma Marine Air Force Base with a new facility at Henoko in the northern part of the island.

Both Tokyo and Washington put considerable pressure on Okinawan governor Hirokazu Nakaima to switch his position and support situating the new base on the island. Some preliminary work site preparation has already begun, and drilling surveys are set to start at the end of July.

Okinawans have long opposed the deal to build the new base, which has been under negotiation between Tokyo and Washington since the 1990s. A non-violent sit-in protest at Henoko Village has been going on for over 15 years. The opposition movement is currently making plans to broaden their resistance to the base construction.

Japan’s rapidly evolving position on its military stance coincides with the much-heralded Pacific Pivot – or strategic realignment – of the United States. The Obama administration has emphasized the importance of a shift of military and economic focus to East Asia.

But this shift is taking place at a time of fewer resources for the Pentagon, particularly in comparison to the massive increases of the George W. Bush era. In order to accomplish this pivot, then, Washington needs to rely on the resources of its key allies: South Korea, Australia, the Philippines, and Japan.

Despite its peace constitution, Japan boasts one of the largest militaries in the world. It is the eighth largest military spender in the world – ahead of all other Asian countries except China – and it’s planning to increase its spending substantially over the next five years.

It already ranks in the top 10 in the Global Firepower index. New fighter jets, naval destroyers, and surveillance drones will likely push it higher on the list. Japan has already made a commitment to the United States to purchase 42 F-35s, the mishap-prone fighter jet, at a total cost of around $10 billion.

Without Japan, in other words, the pivot wouldn’t happen because the Pentagon simply couldn’t underwrite it. What has held Tokyo back in the past from stepping up its military cooperation with the United States has been its constitution. And now Abe has effectively removed that obstacle.

Although the United States played a major role in drafting Japan’s constitution back in 1946, today Washington is pushing hard for a rewrite. From the point of view of saving U.S. taxpayer dollars, the U.S. encouragement of Japan’s new military policy makes a great deal of sense.

But given the ratcheting up of tensions in the region connected to Abe’s strategic realignment, Washington’s calculus may turn out to be penny wise and pound foolish.