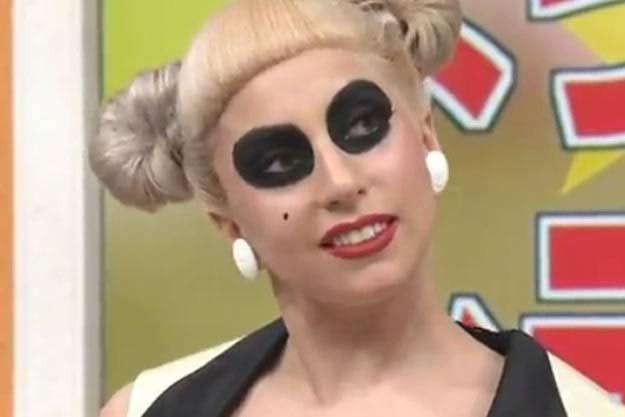 Lady Gaga recently went to Japan to help out the victims of the earthquake. But did she send out all the right messages?
By Alexis Dudden | July 5, 2011 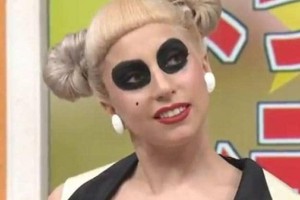 I don’t usually think a lot about Lady Gaga. I did last week though because we were in Tokyo at the same time, different entourage.

Lady Gaga went to Japan for a charity concert, proceeds of which go to victims of the March 11 earthquake. She has donated 3 million dollars to relief efforts, and her fans there were quick to downplay reports of a Michigan law firm’s suit claiming that Lady Gaga’s label skimmed off money raised through the popular “We Pray for Japan” bracelets it is selling worldwide. Japanese fans are with her and she with them.

All week, Lady Gaga commanded the airwaves, Japan’s current turmoil notwithstanding. Fans waiting to catch a glimpse of her emerging from a downtown TV station outnumbered the protestors clamoring in front of a nearby hotel where the Tokyo Electric Power Company — the Fukushima nuclear plant’s owner — held its annual shareholders’ meeting. The panda eyes she wore on a morning talk show could be the single greatest make-up event ever.

But it was something else that Lady Gaga did that really commanded my attention, and the attention of so many Japanese.

Like Lady Gaga, I was also in Japan to raise awareness about the disasters unfolding since March 11, yet with woefully inadequate fundraising capabilities and only occasional lip gloss. I have lived and worked between Japan and the United States for 25 years and was there by chance on March 11 with my six-year-old son for spring break when the trifecta of earthquake, tsunami, and nuclear meltdown began. Fortunately, we were not in the natural catastrophe or within the poisonous plumes emanating from the three hydrogen explosions. Within days, the instabilities at Fukushima made clear that we, as tourists, should leave.

We got the last seats out of Osaka. Ever since landing in New York I’ve felt extremely lucky to get my son home and deeply guilty for leaving so many in need in a brave new Japan where in some areas personal Geiger counters are no longer freakish accessories but useful home appliances.

This backstory is why I did double takes throughout the week at Lady Gaga’s TV appearances. I wasn’t surprised so much by her fabulous panda eyes or gorgeous green hair. Rather, I was taken aback at her choice during each interview to become more like a mainstream Japanese politician or businessman by raising cups of tea to her exquisitely painted lips, sipping, and purring, “I love Japanese tea.”

Japanese are actively debating food and water safety these days, with the tea leaves and the water necessary to make them drinkable at the core of the discussion. On one side are those determined to toe the party line that “Japan is open for business!” by guzzling food and sake from the afflicted parts of Japan on TV shows, in front of train stations, and at soccer games. On the other side, environmental activists, nursery school teachers, scientists, and mothers from Fukushima and Tokyo clamor for better information about radioactivity. They are demanding that, if nothing else, the government should stop spending money on expensive pink brochures that instruct mothers and pregnant women: “Don’t worry! It will all be ok!”

Given the daily cucumber chomping and rounds of “cheers!” one sees so frequently, I was surprised, therefore, to discover widespread agreement across party lines that the “food thing” is serious, particularly for young children because of the increased risks of leukemia and infertility. The latter is an especially sensitive topic in a country with one of the lowest fertility rates in the world.

While Lady Gaga was busy doing her thing, I was busy doing mine discussing these debates with as many people as possible, from small shop owners and presidents of major global corporations to journalists, politicians, professors, and a Japanese rock star or two. Each had different views about radiation and food safety — including the not-ironic insistence from one very successful banker that eating irradiated food would make humans stronger — yet all agreed that eating or drinking anything in Tokyo now was precarious for children.

No one really knew what to suggest, save that it was parents’ responsibility to make sure their children avoid food from the agricultural regions surrounding Tokyo, especially vegetables and milk products. This is difficult and expensive — imagine a New Yorker’s version of the same — and no one mentioned what the farmers should do, but it appears to be the plan for now.

Better plans must emerge. Kyoto University radiation specialist Professor Imanaka Tetsuji wrote in the Asahi newspaper on June 29, “It is already impossible to live in a world free of radioactive contamination. Instead we must know what it means to live with it. Understanding this means having policies to match.” Those living anywhere with nuclear power — such as Connecticut where I live — must learn from Japan’s crisis. We can’t just drink the tea and hope.

Alexis DuddenAlexis Dudden is a professor of history at the University of Connecticut, a contributor to Foreign Policy In Focus, and the author of Troubled Apologies Among Japan, Korea, and the United States (Columbia University Press, 2008).