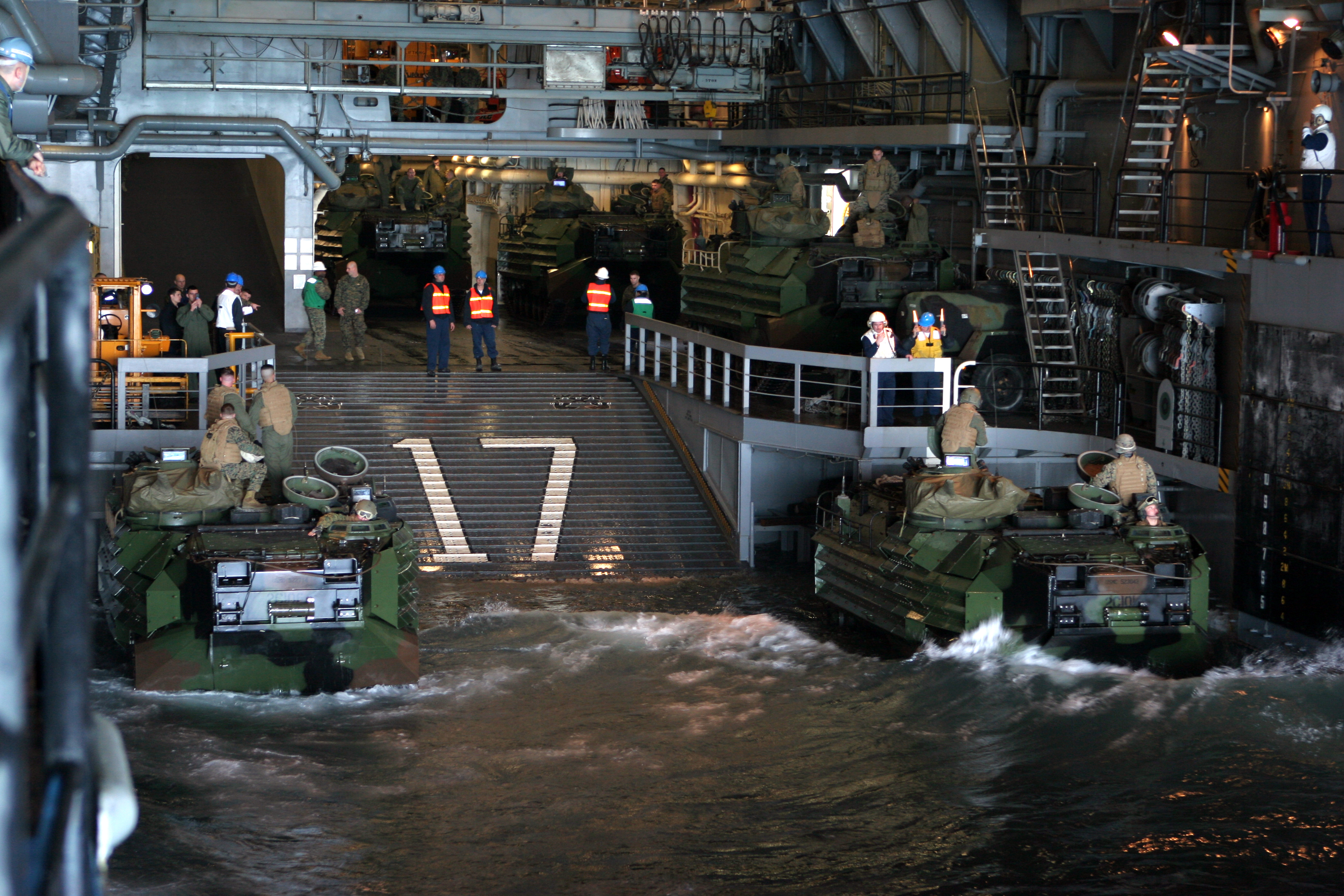 The U.S. San Antonio, where Abu Anas al-Libya is currently being held. (Wikipedia)

Jury Still Out on Al-Libi Rendition

The U.S. government should transfer Abu Anas al-Libi to the United States for a civilian trial in federal court.
By Daphne Eviatar | October 10, 2013 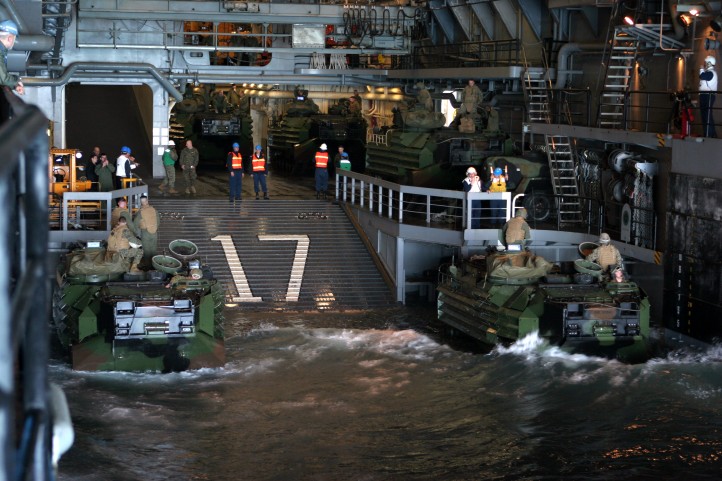 The U.S.S. San Antonio, where Abu Anas al-Libi is currently being held. (Wikipedia)

The rendition of al-Qaeda operative Abu Anas al-Libi by American forces over the weekend in Tripoli raises a host of troubling legal questions. But the answer to one of them—what to do with him now—is clear. He should be transferred to a civilian court in the United States to face trial.

Reportedly being held on a U.S. Navy warship in the Mediterranean, al-Libi is now facing questions from the High-Value Interrogation Group, or HIG, a team of intelligence experts that includes members of the FBI, CIA, and other agencies. It’s not clear how long interrogators will hold him at sea, but the government claims that Congress authorized the abduction and interrogation with its 2001 Authorization for the Use of Military Force. That legislation authorized the president to use military force against the terrorists who attacked the United States on September 11, 2001, and anyone who harbored them. The Obama administration has since interpreted the law as an authorization for military force against the Taliban, al-Qaeda, and unnamed “associated forces.”

Libyan officials have claimed publicly that the United States did not inform them in advance of the U.S. military operation. If that’s true—and not merely a face-saving denial of knowledge for political purposes—then al-Libi’s abduction outside his home in Tripoli violated Libya’s sovereignty. It would also violate al-Libi’s rights under the International Covenant of Civil and Political Rights to kidnap him, hold him incommunicado during his interrogation, and deny him a hearing before an impartial judge.

On the other hand, the abduction might have been justified if al-Libi was actively plotting attacks against the United States with al-Qaeda and Libya refused to arrest him. Some period of questioning before informing him of his rights, to ascertain any immediate security threats, might be lawful as well. At this point, we don’t have enough information to know for sure. (Reasonable minds may differ on the applicable law as well.)

What is clear, though, is that the U.S. government should transfer al-Libi to the United States for a civilian federal court trial.

Believed to be an al-Qaeda computer specialist, al-Libi was indicted in 2000 for his alleged role in the 1998 U.S. Embassy bombings in Kenya and Tanzania that killed 224 people. The indictment, brought in the Southern District of New York, also claims he had a role in attacking U.S. forces in Saudi Arabia, Yemen, and Somalia.

Given that U.S. federal courts have handled hundreds of terrorism cases since 9/11, trying him there shouldn’t be controversial. But as often happens when an alleged terrorist is captured abroad, certain national security hawks have publicly criticized the Obama administration for not sending al-Libi to Guantanamo Bay.

“I believe the most responsible course of action would be to hold him as an enemy combatant at Guantanamo Bay for intelligence gathering purposes,” said Senator Lindsey Graham (R-SC). Although Graham also said he’d support a federal court trial for al-Libi, once at Guantanamo, al-Libi would likely be stuck there: current restrictions imposed by Congress appear to make transfer to the United States for trial impossible.

Senator Kelly Ayotte (R-NH) similarly chimed in: “As an al-Qaeda leader who is suspected of involvement in deadly terrorist attacks against American embassies in Africa, al-Libi should be treated as an enemy combatant, detained in military custody, and interrogated to gather information that will prevent future attacks and help locate other al Qaeda terrorists.”

Mike Rogers (R-MI), chairman of the House Intelligence Committee, meanwhile said he was “profoundly concerned” that prosecuting al-Libi in a civilian court would prevent authorities from obtaining “the intelligence we need from him to help prevent future attacks and to break up terrorist networks.” He added: “Enemy combatants should be tried in a military commission.”

Fortunately, the Obama administration doesn’t seem to be taking those criticisms seriously. And it shouldn’t. Al-Libi is already being questioned without having been advised of any right to remain silent or summon a lawyer.

And there’s no question the civilian U.S. federal court system has been the most effective way to question, prosecute, and convict terrorists accused of heinous crimes against the United States and its citizens. Since September 11, 2001, the government has successfully prosecuted nearly 500 individuals on terrorism-related charges, including members of al-Qaeda, in U.S. federal courts. U.S. federal prisons now hold more than 300 individuals convicted of terrorism related-offenses, including Zacarias Moussaoui, Faisal Shahzad, Ramzi Yousef, and Richard Reid. In stark contrast, U.S. military commissions have convicted only seven terrorists, and only three of them remain in prison.

Indeed, much of the evidence against al-Libi came from previous FBI investigations and trials brought in U.S. federal court arising out of the 1998 embassy bombings. Four al-Qaeda operatives were convicted for their involvement in that attack in 2001, and another was convicted and sentenced to life in prison in 2011.

Those cases produced a former al-Qaeda member turned government witness who testified that al-Libi took photos of the U.S. embassy in Nairobi and helped develop them. The FBI investigations also led U.S. authorities to discover a terrorism manual in al-Libi’s home in Manchester, England. Federal prosecutors introduced the so-called “Manchester Manual” as evidence in the earlier trials.

The few cases handled by military commissions at Guantanamo Bay, by contrast, have largely been a fiasco. There hasn’t been a single contested trial on the merits yet. Two convictions have been reversed on appeal. And the 9/11 case is still stuck in a circus of pretrial hearings focused on which government agents are eavesdropping on defense lawyers’ confidential communications with their clients and whether the defendants can talk about their torture at the hands of U.S. officials before receiving the death penalty. The Obama administration would be wise to avoid bringing any more cases in that venue.

The administration will still need to grapple with how best to lawfully capture and question suspected terrorists overseas. But the method it has chosen—rendition to trial—certainly represents huge progress over the Bush administration’s use of so-called “extraordinary rendition,” which amounted to kidnapping for torture. And it’s a far better solution than sending out a drone to conduct a summary execution.

Whether or not the exact method used in al-Libi’s case was lawful, however, isn’t going to affect the government’s ability to bring him to trial. The U.S. Supreme Court has ruled that even an illegal rendition will not bar the government from prosecuting a defendant in federal court.

Now that he’s in U.S. custody, that’s exactly where al-Libi’s fate should be determined.

Daphne Eviatar is Senior Counsel in the Law and Security Program at Human Rights First and a contributor to Foreign Policy In Focus.