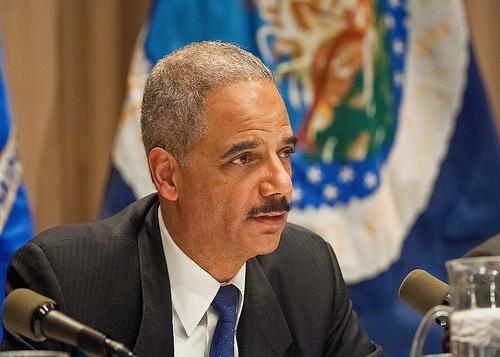 What will we say when other governments follow our example by providing immunity from prosecution to torturers?
By Peter Weiss | July 18, 2011

The Romans had an expression for it: “Nulla poena sine lege,” no punishment without a law. But people sometimes forget that the opposite is also true: Without punishment for offenders, a law itself can die.

The Justice Department recently announced that, of the 101 cases involving alleged illegal treatment of post-9/11 detainees by the CIA and its contractors, 99 were being closed. The remaining two, which involved deaths in custody, would continue to be investigated.

The decision to drop virtually all these cases is based on a policy promulgated by Attorney General Eric Holder shortly after he took office. Reiterating this policy on June 30, Holder wrote that the Justice Department “would not prosecute anyone who acted in good faith and within the scope of the legal guidance given by the Office of Legal Counsel regarding the interrogation of detainees.”

This refers to the infamous “torture memos” provided in 2002 to Alberto Gonzales while he was White House counsel by John Yoo, then Deputy Assistant Attorney General and Jay Bybee, who was Assistant Attorney General and now serves as a judge on the Court of Appeals for the Ninth Circuit. These memos, which sanctioned virtually all forms of “enhanced interrogation” (or torture, in common parlance), were withdrawn as legally deficient by Jack Goldsmith, President George W. Bush’s head of the Office of Legal Counsel, and specifically disavowed later by President Barack Obama himself. 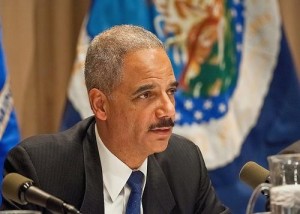 Holder’s recent move is completely consistent with Obama’s insistence on looking “forward, not back” when it comes to accountability for torture. Prosecuting most of these cases would require seriously examining the perpetrators’ faith that the Yoo memos acted as a “golden shield,” as one Bush administration official called them. But the law says that this defense, “the defense of superior orders,” doesn’t work when the act in question is palpably or manifestly illegal.

It didn’t work for Lt. William Calley when he and his platoon killed over 300 women, children, and elderly men in the village of My Lai during the Vietnam War. It didn’t work for Lynndie England, the hapless army reservist convicted of torturing and abusing detainees at Abu Ghraib.

And it didn’t work for most of the defendants at Nuremberg.

Why should it now work for CIA agents and others who relied “in good faith” on the torture memos? The journalist Christopher Hitchens was himself waterboarded by Special Forces soldiers to help him decide whether it was torture. His conclusion: “If waterboarding does not constitute torture, then there is no such thing as torture.” Indeed, since the Spanish inquisition, waterboarding has never been considered anything other than torture, and in this century torture is absolutely forbidden under both domestic and international law.

And waterboarding is only one of several torture techniques used by U.S. personnel in the years following 9/11, including prolonged sleep deprivation, shackling in stress positions, and exposure to extreme cold and heat. All of these have been largely or completely abandoned under the Obama administration. But what lesson are we to draw from the fact that no prosecutions have been started, nor are likely to start, against those who authorized and practiced them? What will we say when other governments follow our example by providing immunity from prosecution to torturers on the basis of phony, made-to-order legal memos?

June 30, 2011 will go down as a dark day in the annals of the struggle against torture.

Peter WeissPeter Weiss is a vice president of the Center for Constitutional Rights. www.ccrjustice.org.