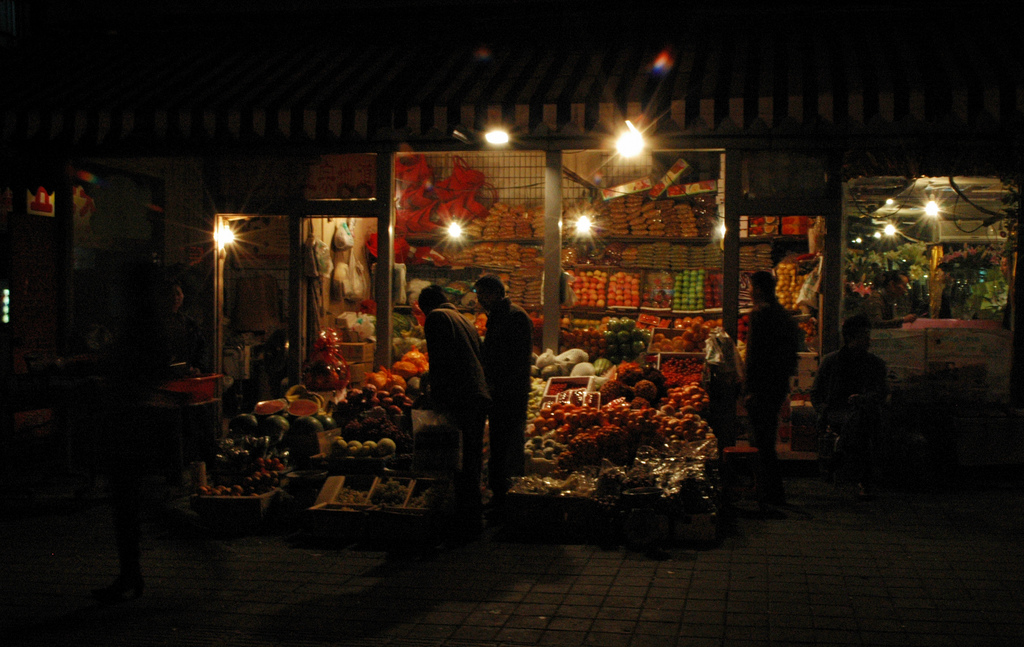 In the wake of the Kunming attack, experts expect the Chinese government to crack down hard on Uighurs and anyone sympathetic to them.
By Ved Singh | March 27, 2014

On March 1, a group of knife-wielding assailants stormed a railway station in the southern Chinese city of Kunming. It was a grisly scene: Attacking passengers at random, the assailants killed 29 people and wounded 130. According to Chinese authorities a gang of six men and two women carried out the attack. Four attackers were shot and the other four have been detained.

Dubbing the incident “China’s 9/11,” Chinese authorities led by President Xi Jinping called for an all-out effort to “punish the terrorists in accordance with the law.”

While no group has claimed responsibility for the attack, authorities have blamed it on separatists from the Uighur community — a Muslim, Turkic-speaking minority from Xinjiang, a semiautonomous province in northwestern China. Security forces reported finding a black flag at the scene calling for the independence of the region, which Uighurs call East Turkestan. More recently, Abdullah Mansour, the leader of the rebel Turkestan Islamic Party (TIP), appeared on video appearing to praise the attack. While not claiming responsibility for the murders, he described them, according to Reuters, as “an ‘expensive offer’ for China to reconsider its ‘cruel’ policies” toward Uighurs and predicted that more attacks would follow. Chinese foreign ministry spokesman Hong Lei said that “the video exposes the true nature of their terrorist organization” and called for the international community to support China’s policies against terrorism.

If a Uighur group was indeed responsible, the attack would represent a considerably expanded theater of operations for the separatist movement. Kunming is some 2,500 miles away from Xinjiang, which, as a writer for The Atlantic put it, “shows that Uighurs are, like Chechens in Russia, expressing their discontent throughout the country, not just where they are based.”

Tensions have simmered between Uighurs and China’s majority Han population for decades. The Han population was first introduced into Xinjiang in 1949 following the People’s Liberation Army’s “triumphant march” into the province, and tensions heightened as China’s economic liberalization began during the 1980s.  Xinjiang happens to be a mineral-rich area, which has led to a boon of mining and oil development projects and, with them, a huge influx of Han workers. At the beginning of the 20th century, Uighurs comprised 95 percent of Xinjiang’s population, but represent just 40 percent today. [pc1]  This is a policy that is markedly similar to what China has adopted in Tibet, where the goal is to “Sinicize” or “Hanicize” parts of the country that do not have an indigenous Han population.

The arrival of the Han in such numbers brought with it widespread discrimination towards the Uighur community, which pervades all aspects of life. In Xinjiang and throughout China, speakers of Uighur and other minority languages suffer widespread unemployment because many Chinese employers require job applicants to speak unaccented Mandarin. Uighurs also face religious discrimination on account of the fact that they are Muslim. The Chinese government controls the mosques where the Uighurs pray and only permits the use of state-approved Qurans. Religiously observant Uighur men are forced to shave their beards, and women are forbidden from wearing headscarves.

The result is a thriving Uighur separatist movement and simmering ethnic tensions, sometimes culminating in violence. In 2009, for example, ethnic riots in Xinjiang’s provincial capital Urumqi killed hundreds, and smaller clashes have erupted sporadically since. Meanwhile, some Islamist-leaning Uighur separatists, particularly those in exile, have reportedly forged closer links with terrorist factions in Pakistan and Afghanistan. TIP itself is based in Waziristan.

The U.S. embassy in Beijing initially described the Kunming attack as “a horrific, senseless act of violence” but refrained from calling it a “terrorist attack.” China’s state-run news agency Xinhua was highly critical of the U.S. stance, calling it evidence of America’s “double standards in the global war on terrorism” and of U.S. sympathy for the Uighur cause. “Behind [the statement’s] wording,” the paper complained, “is the entrenched U.S. belief that the Xinjiang murderers were the ‘ethnically oppressed seeking autonomy.’” This sentiment was echoed by Chinese internet users, who excoriated the United States for not calling the Kunming attack an act of terrorism. A spokeswoman for the State Department later amended the initial statement to describe the Kunming attack as “an act of terrorism targeting random members of the public.”

The U.S. relationship with the Uighurs is complicated. As part of its bid to secure Chinese cooperation in the “war on terror,” the United States captured 22 Uighur men in Afghanistan and Pakistan in late 2001 and detained them in Guantanamo Bay. According to some reports, U.S. soldiers “softened these detainees” at the behest of Chinese intelligence officials who were allowed to visit Guantanamo Bay to interrogate them. Several years later, after finally admitting that the detainees did not pose a threat to the United States, the U.S. government negotiated the release of the Uighur prisoners to six different countries, with the last three being released and resettled in Slovakia in December of last year. The U.S. refusal to return the prisoners the prisoners to China—where they would have likely faced further abuse—drew the ire of Chinese officials, who accused Washington of abetting terrorism.

In the wake of the Kunming attack, experts unanimously expect the Chinese government to crack down hard on the Uighurs and anyone sympathetic to them. Chinese authorities have already arrested Ilham Tolti, an economics professor and a leading critic of China’s policies towards the Uighurs, on charges of “inciting separatism.” In another recent incident, Chinese police shot dead a man in Xinjiang after he attacked a Chinese police officer.

Critics warn that hardline tactics, which have led to more than a 100 deaths in Xinjiang since April of last year, will backfire. As Dru Gladney, an expert on Uighur affairs, told the Christian Science Monitor, “unless there are real and dramatic changes in policy” towards the Uighur minority, “one can only expect that there will be more of these attacks.” But Chinese authorities don’t see it that way, as evident from a recent opinion piece by Zhu Weiqun, the chairman of the ethnic and religious affairs committee in the Chinese parliament. “As China becomes more involved in international affairs,” he wrote, “and as Tibet and Xinjiang further open to the world, more and more Westerners will have an understanding of Tibet and Xinjiang that better accords with reality.”

Ved Singh is a contributor to Foreign Policy In Focus.