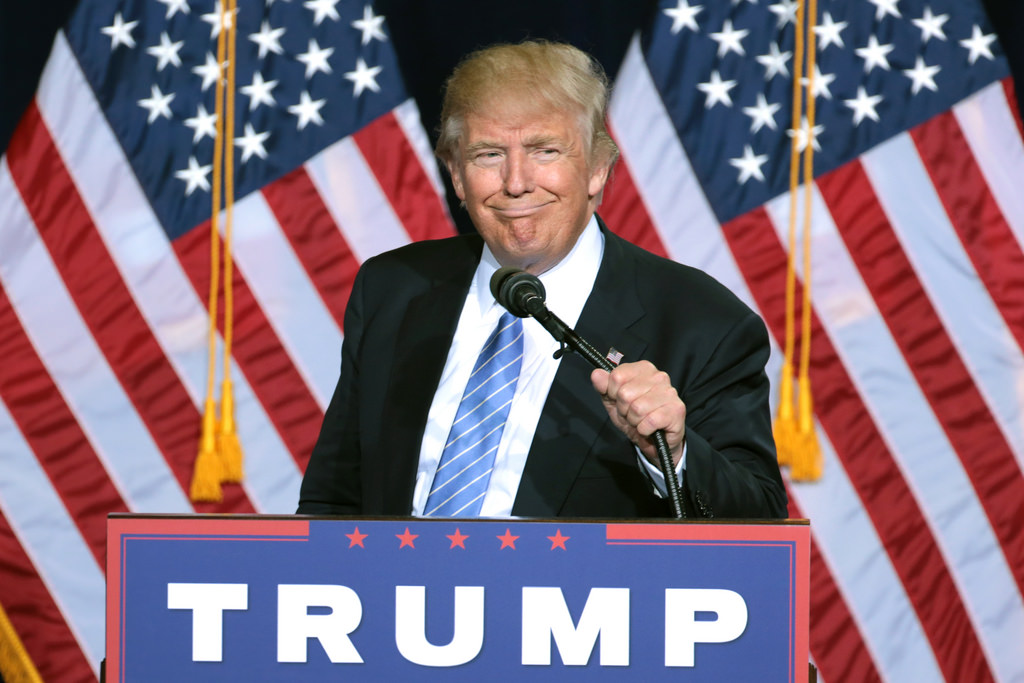 The Last Days of Democracy?

A fraudulent campaign has resulted in the election of a fraudulent president. What can be done to save American democracy?
By Adil E. Shamoo, Bonnie Bricker | November 28, 2016

The recent presidential campaign season brought political pornography to the American people. Donald Trump and Steve Bannon, his senior counselor and chief strategist, have ushered in a new dark age of American politics.

As the former head of the alt-right, nationalist website Breitbart News, Bannon helped Trump construct a campaign of lies and more lies, fake stories, denigration and debasement of opponents and vicious chanting in his rallies. With coded language and symbols intended to wink at the alt-right’s racist, misogynist, and anti-Semitic base, this challenge to our democracy was met with barely a peep from the news media.

Like the naïf exposed to pornographic material for the first time, the mercenaries of broadcast media (especially the morning shows) could not seem to get enough during the first three months of the campaign. Trump’s outlandish tirades were given hours and hours of free time worth millions of dollars. CNN provided live coverage of most of the initial Trump rallies where the candidate unfolded his campaign of hate.

The television media, hooked on sleaze-inspired ratings, became the chief enabler of the Trump campaign. Pundits advised Trump on communication strategies and urged him to stick to his script. The implication to viewers was that the optics of the campaign are far more important than policies, ethics, or fitness to serve. Instead of a countdown of days since Trump was asked for tax returns, by the end of the campaign this grievous lack of disclosure was barely mentioned.

But the fault does not lie solely with the media. Political operatives brought their valuable wares to Trump with no regard to the damage he could bring. While this may be nothing new, Trump’s staff managed to forgive his alleged sexual assaults on women, his bad business deals, and his breaking of numerous contracts. They normalized his refusal to share tax returns, along with his comments about grabbing women’s genitals, and John McCain being a loser for becoming a POW. Most troubling were the pundits who declared Trump somehow rehabilitated if he managed to get through a public event without insulting someone or egging on his crowd to throw a punch. Trump’s campaign aides were constantly on screen re-explaining, re-stating, or softly changing Trump’s statements as part of launching Trump 2.0, 3.0, and all subsequent versions, ad nauseam. The reality was a disturbed punditry and public, being asked to accept corrections of a lie with another lie as the media gave each side “equal time”

Functioning as the loud speaker for falsehoods, corporate social media like Twitter and Facebook amplified and spread lies. They then hid behind the First Amendment as fake stories spread with abandon and ads from fake news sites increased their revenues. Mark Zuckerberg of Facebook has belatedly agreed that his company needs to address the perpetuation of false news.

The United States needs new campaign regulations that hold candidates to truth telling, tax disclosure, and financial requirements. Otherwise, our democracy will be at risk of having a lying president with an entire machinery behind him or her to perpetuate falsehoods, intimidation, downright threats, and personal financial enrichment. Without such regulations, the Constitution will be reduced to a series of hollow words.

Lies are not the only concern. Many of Trump appointments so far have been beyond the pale. General Michael Flynn, former head of the Defense Intelligence Agency and Trump’s pick for national security advisor has far-right, anti-Islamic, and anti-Semitic leanings. Rep. Mike Pompeo (R-KS), Trump’s pick as director of the CIA, has expressed views that flout human and civil rights. Senator Jeff Sessions, the pick for attorney general, has called civil rights groups “un-American.”

This normalization, along with diminished expectations of such a president only adds to an erosion of our democratic ideals. Yes, Trump has made some reasonable statements. He will not prosecute Hillary Clinton; climate change may be real, and after a chat with General James Mattis, a prospective pick for secretary of defense, he decided that waterboarding is not such a good idea after all. The press appeared relieved when Trump picked Governor Nikki Haley of South Carolina to be the United Nations representative. Despite her total inexperience, she seems sane by comparison to his other picks.

Mitt Romney, the Republican 2012 presidential candidate went to the crux of the matter as he tried to dissuade voters from supporting Trump in 2016: “Donald Trump is a phony, a fraud, …His promises are worthless as a degree from Trump University. He’s playing members of the American public for suckers: He gets a free ride to the White House, and all we get is a lousy hat.” Trump replied that he could have said: “Mitt, drop to your knees—he would have dropped to his knees.” And now, in the remnants of our American democracy, Romney meets with Trump to be considered for Secretary of State.

History is full of national leaders who were tyrants, dictators, fraudsters, and hucksters. Some rule even today. The people of these countries are reduced to feeling grateful when these rulers do something good for the people. They accept worse actions with the knowledge that under the powers of their more fascistic rulers, their dissent will not be tolerated. Are we witnessing the beginning of the total destruction of American democracy? Not yet. But, without question, the chipping off of some of the pillars of democracy has begun. It’s not too late to turn it around, but we’d better get started.

Adil E. Shamoo is an associate fellow of the Institute for Policy Studies, senior analyst for Foreign Policy In Focus, and the author of “Equal Worth – When Humanity Will Have Peace, 2nd ed.” You can download a free copy of the book at: www.forwarorpeace.com . He can be reached at ashamoo@gmail.com. Bonnie Bricker is a contributor to FPIF.