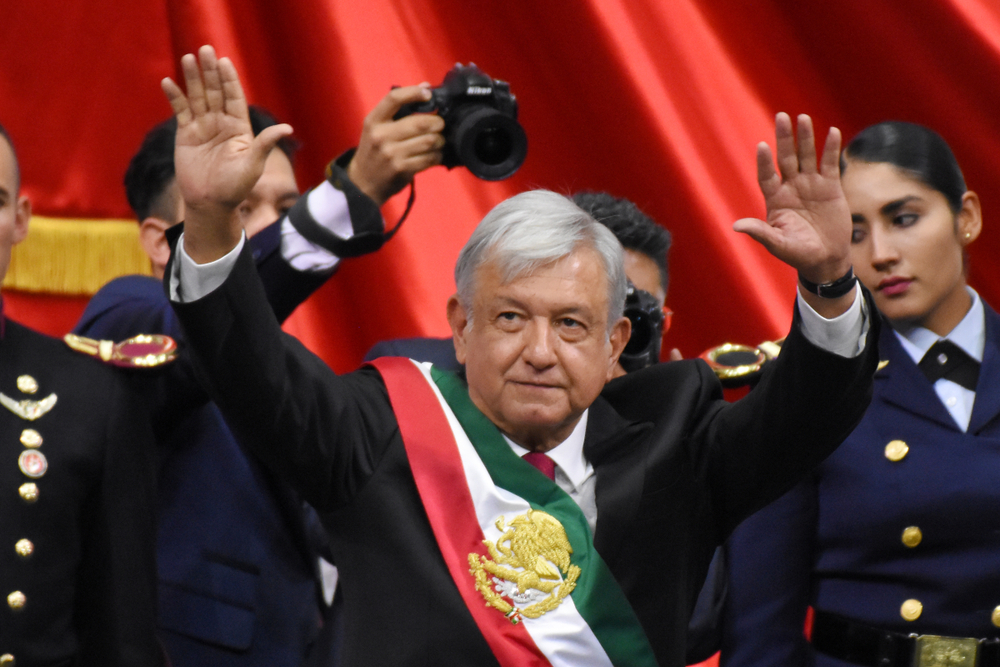 Regional integration is back on the agenda in Latin America. What shape it takes will be a subject of debate — but with a little leadership, it could lead eventually to a Latin American exodus from a harsh, corporate-friendly trade court in the World Bank.

In September, the Community of Latin American and Caribbean States (CELAC), a regional bloc founded in 2010 as an alternative to the U.S.-backed Organization of American States (OAS),  met in Mexico City — its first summit since 2017.

As José Steinsleger, a writer for Mexico´s La Jornada newspaper, puts it, “the initiative was made possible thanks to state leaders’ conviction that, without unity, Latin America is doomed to keep digging the economic and social hole it’s in.”

The meeting came amid significant geopolitical and economic realignments at the global level.

In the face of China’s growing power, for instance, the U.S., UK, and Australia have launched a new “AUKUS” alliance in the Asia-Pacific region, revitalizing part of the “Five Eyes” military intelligence alliance born at the end of the Second World War. The announcement sparked a diplomatic crisis when the U.S. snatched a juicy nuclear submarine contract with Australia from France, but the broader effects could be much more destabilizing for the region.

As Focus on the Global South senior analyst and FPIF columnist Walden Bello points out, AUKUS “represents a significant escalation of the arms race in the Western Pacific Region, increasing U.S. militarism vis-à-vis China and sea nuclearization, destabilizing the whole region by advancing Australia’s acquisition of nuclear weapons and forcing allied countries to choose sides among the great powers.”

In contrast to the warmongering of the United States and its allies, CELAC’s 2021 declaration “reaffirms its commitment to the defense of sovereignty and the right of every State to build its own political system, free from threats, aggressions, and unilateral coercive measures in an environment of peace, stability, justice, democracy, and respect for human rights.”

Mexican President Andrés Manuel López Obrador, or AMLO, has called not just for CELAC to replace OAS, but for a Latin American integration similar to the European Union’s. That would require the creation of institutions such as the Bank of the South, which was probably more feasible in the first decade of this century when UNASUR and CELAC were at their peak, but opportunities were wasted. However, CELAC’s final statement revealed many points of agreement.

Supporting the idea of a socially oriented CELAC, the Latin American Network for Economic and Social Justice welcomed key elements of the declaration, including….

“the creation of a Regional Health Self-Sufficiency Plan to face the Covid-19 pandemic; a pronouncement in favor of Argentina’s sovereignty over the Malvinas Islands; a call to the International Monetary Fund (IMF) to ensure timely access to the Special Drawing Rights (SDR); a compliment for the creation of the Latin American and Caribbean Space Agency (ALCE); and the ratification of a strong collective commitment to fight climate change, among other points of great importance for regional integration.”

But I believe that the CELAC summit ignored a key issue which would serve the region’s ambition for unity and its independence from Washington-backed institutions: the replacement of ICSID, the World Bank’s International Center for Settlement of Investment Disputes.

Many countries of the region are being sued for billions of dollars by transnational corporations, especially by extractive industries, in the secretive World Bank trade court. Despite the immense pressure on governments and public health authorities from the pandemic, in fact, ICSID just registered a record number of cases in fiscal year 2021.

Previously, in 2016, UNASUR had proposed creating its own Center for the Settlement of Investment Disputes, but the plan was put on the back burner. Despite the reactivation of CELAC, the politics of the issue are more complicated today.

The governments of Colombia, Paraguay, and Uruguay, for example, openly criticized the participation of Venezuela — one of the few countries to have withdrawn from ICSID, along with Bolivia and Ecuador (although Ecuador’s recently elected neoliberal government has opted to bring the country back into ICSID) — at the summit. Greater integration with these conservative governments, and not to mention with Brazil’s insane president Jair Bolsonaro, will be difficult.

Still, there is a long history of regional opposition to ICSID and the trade regime it represents. As professor Robin Broad at American University in Washington, D.C. reminds us:

“During the 1964 World Bank annual meeting in Tokyo, 21 developing-country governments voted ‘no’ on the convention to set up a new part of the World Bank Group where foreign corporations could sue governments and bypass domestic courts… The 21 included all of the 19 Latin American countries attending….

The historic vote was dubbed El No de Tokyo, or the Tokyo No. It could well be the largest collective vote against a World Bank initiative ever. And perhaps the one time that all Latin American representatives voted ‘no.’”

Over the years, the “Washington consensus” of foreign debt and neoliberal structural adjustment programs progressively crippled the region’s political will. For a long time, Brazil, Cuba, and Mexico remained the only Latin American countries which resisted in ratifying the ICSID convention. But in 2018, then Mexican president Enrique Peña Nieto finally gave in, joining ICSID and leaving another lock-in mechanism to challenge AMLO’s counter-privatization reforms in the energy sector.

Faced now with billions of dollars in claims at ICSID, Mexico should take the lead to build a coalition of countries towards a hemispheric withdrawal from the World Bank’s ICSID — and put an end to the region’s engagement in a body that essentially serves corporate neoliberalism.

This commentary was adapted from a Spanish version published by La Jornada.

Manuel Pérez-Rocha is an associate fellow of the Global Economy Project at the Institute for Policy Studies.