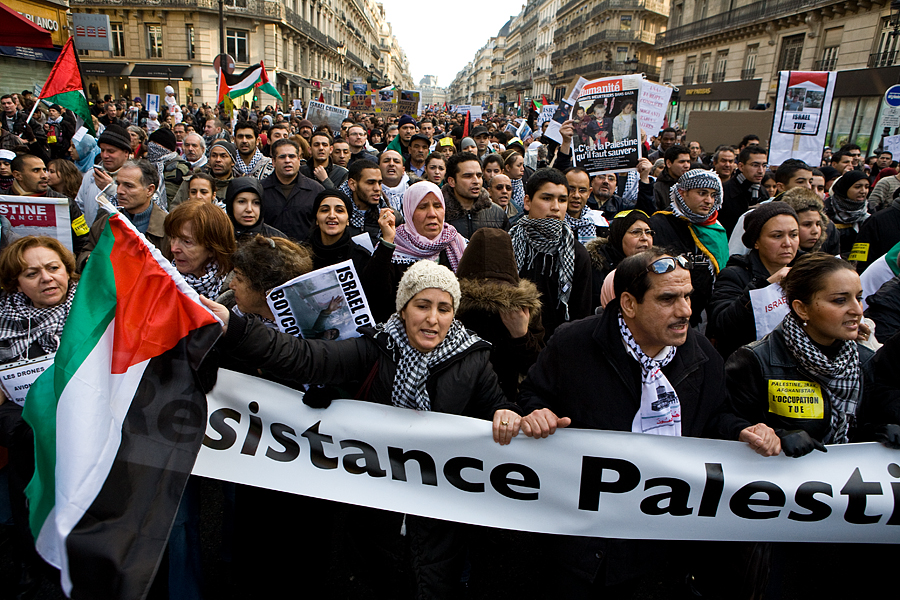 Lawmakers Are Using Trade Rules to Blacklist Critics of Israel

In 1952, Abner Green — leader of a civil rights group called the American Committee for the Protection of the Foreign Born — served six months in prison for refusing to cooperate with federal investigators who were spying on progressive civil rights organizations.

A longtime anti-racist activist and advocate for the rights of immigrants, Green was sentenced under the McCarran Act of 1950, which created a “Subversive Activities Control Board” to scrutinize the activities of organizations and individuals suspected of association with communism.

When Green was released from jail, he found the supporting membership of the ACPFB greatly reduced. Many other civil rights organizations were forced to close their doors amid the chilling effects of McCarthyism.

In her acclaimed book, Eyes Off the Prize: The United Nations and the African American Struggle for Human Rights, 1944-1955, Carol Anderson traces the ways that anti-communists cast opponents of segregation as subversive. In order to survive in this climate, rights advocacy organizations were forced to adopt a civil rights, rather than human rights, framework. Anderson argues that the consequences of this shift ultimately undermined the impact of civil rights victories, allowing for the persistence of profound racial inequality long after the high water mark of the movement.

This Cold War shift finds many parallels in the contemporary debate over foreign policy and free trade. More than half a century after Green’s incarceration, public discussions about the relationship between the United States and Israel are impeded by allegations of bigotry and disloyalty. Supporters of the Israeli government in particular often equate criticism of Israel with anti-Semitism, narrowing the possibilities for civil debate.

This narrowing particularly truncates progressive conversations around the global human rights activism represented by the movement for Boycott, Divestment, and Sanctions (BDS) of Israel to protest its militaristic policies. Critics fume that the movement is anti-Semitic, much as FBI Director J. Edgar Hoover worried that Martin Luther King Jr.’s critique of racial segregation made him “anti-American.”

Sheldon Adelson, a billionaire GOP super donor and staunch supporter of Israeli Prime Minister Benjamin Netanyahu, recently launched a “Campus Maccabee” initiative to combat increased activism around the BDS movement on college campuses in the United States. He says it’s to protect Jewish students from anti-Semitism. But all students have the right to free speech, and advocacy and boycotting are constitutionally protected activities.

Legislative activism against BDS has a similarly chilling effect, both on civil liberties and on global movements for human rights. Hitching their political wagons to regressive “free trade” agreements such as the Trans-Pacific Partnership Agreement, uncritically pro-Israel lobbyists like AIPAC have taken aim against companies that comply with the global movement to boycott Israel and its illegal settlements in the West Bank by making trade contingent on opposition to BDS. This is a decidedly McCarthyist approach.

The “fast-track” Trade Promotion Authority bill recently debated in Congress contains provisions that would make discouraging BDS a central objective of U.S. trade policy. The bill includes language prohibiting “state-sponsored unsanctioned foreign boycotts against Israel or compliance with the Arab League Boycott of Israel by prospective trading partners.” Such proscriptions are likely to accompany any future version of the TPP and other pacts.

The related Trade Facilitation and Enforcement Act, versions of which have now passed the House and Senate, also discourages the adoption of BDS tactics, asserting that “among the principal U.S. trade negotiating objectives for trade agreements with foreign countries are to discourage actions to boycott, divest from, or sanction Israel.” Further, in language redolent of McCarthyism, the bill “requires the President to report annually to Congress on politically motivated acts of boycott against, divestment from, and sanctions against Israel.” Effectively, this bill authorizes the State Department to create a blacklist of companies as well as individuals that have adopted non-violent sanctions against Israel.

Current legislative proscriptions against the global BDS movement represent an assault on civil liberties. Suppressing BDS is, to borrow a McCarthyist phrase, simply un-American. In this case, it also advances the anti-egalitarian, pro-corporate agenda of “free trade.”

By outlawing a key non-violent tactic for political change, the proscription against BDS adds to the potentially chilling impact that pacts like the TPP will have on global movements for human rights. “Free trade” agreements work to delimit the power of grassroots movements for labor, environmental, and human rights.

At the state level, meanwhile, there are reportedly 18 anti-BDS bills underway. State legislatures in Indiana and Tennessee have passed anti-BDS resolutions, while bills passed in South Carolina and Illinois — and proposed in Pennsylvania and New York — prohibit state entities from investing in companies that boycott Israel or its settlements.

In his work for the American Committee for the Protection of the Foreign Born, Abner Green sought to defend a vision of human rights that extended beyond the borders maintained by nation states. Similarly, the global BDS movement opposes Israeli militarism and occupation, advocating Palestinian human rights. This is a strategy well worth consideration and open debate. Contemporary sanctions against the BDS movement represent a repressive response to this global vision of justice and decency.

Rachel Ida Buff is the co-Coordinator of Milwaukee Jewish Voice for Peace. She teaches history and comparative ethnic studies at the University of Wisconsin-Milwaukee. Her book, Fighting Deportation: the American Committee for the Protection of the Foreign Born and Immigrant Rights Advocacy, 1932-1982, will be published by NYU in 2016.