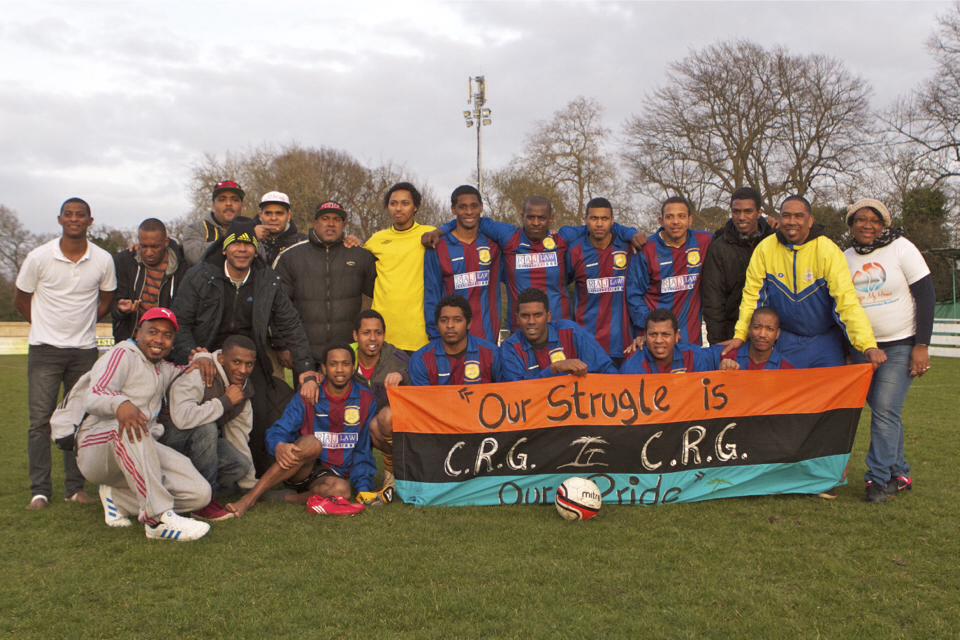 Let Us Return! Can the World Cup Be a Tool for Chagossian Social Justice?

Chagossian soccer players hope to leverage the World Cup into passage home to the Chagos islands, from which they were evicted by the U.S. and British.
By David Vine | June 6, 2014

One week from now in Brazil, 32 nations will start play in the world’s most popular sporting event, the World Cup. While the likes of Argentina, Germany, Mexico, England, and the USA go head to head, one national team won’t be there.

The Chagos Islands national team isn’t eligible for the World Cup because Chagos — a tiny archipelago in the Indian Ocean — isn’t a recognized nation. Its players can’t even live in the land they represent on the field because they are a people that have been living in exile for more than 40 years. In the late 1960s and early 1970s, the U.S. and British governments forcibly removed the entire population while building a major U.S. military base on the Chagossians’ island Diego Garcia. The two governments deported the people 1,200 miles away, leaving them in exile with nothing.

Since their expulsion, the Chagossians have been living in poverty and struggling to return to their homeland and gain proper reparations. The Chagos Islands football (soccer) team plays in support of this struggle and a simple demand: “Let us return.”

While the team has played some matches against other unrecognized nations including Raetia and Sealand (with a match against Somaliland planned for June 21), it has lacked funds to play and train regularly and to bring the team’s message of “Let Us Return!” to the world.

I am part of a group of supporters worldwide who are now rallying to raise money to support the team and the people’s struggle for justice with a campaign on the crowd funding site Indiegogo.com. The campaign, “Let Us Return! Support the Chagos Islands Team this World Cup,” has set an ambitious goal to raise $25,000 in just over a month around the World Cup. Half of the money will go to the team and half will go to the Chagos Refugees Group, which has led the Chagossians’ struggle to return and works to improve living conditions, education, and employment in exile.

To call more attention to the Chagossians’ cause, the team and its supporters are also holding an international competition to design the team’s first ever official tracksuit. The winner of the “Chagos Islands Football Team International Design Competition” will receive three sets of the complete tracksuit, $500, and the rare opportunity to be the designer for a national team uniform and a global struggle for justice.

The Chagossians are a small people who number little more than 5,000 today. For forty years they have been living in exile and struggling to return to the land of their ancestors. They are not asking for the removal of the military base on Diego Garcia. They are simply asking to go home and for proper reparations for what they have suffered.

The “Let Us Return! campaign is aiming to turn the World Cup into a tool for justice and a way to support the Chagossians’ simple demand: “Let Us Return!” But it won’t happen without the help of people like you.

David Vine is associate professor of anthropology at American University, in Washington, DC. He is the author of Island of Shame: The Secret History of the U.S. Military Base on Diego Garcia (Princeton University Press, 2009).