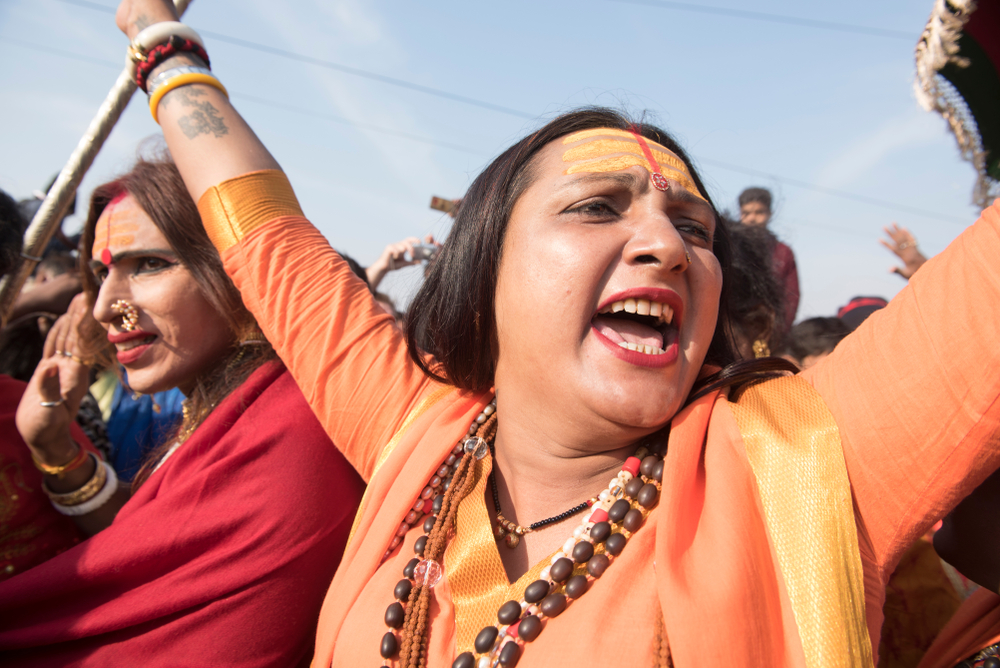 LGBTQ Inequality and Vulnerability in the Pandemic

Around the world, LGBTQ people are more vulnerable to the pandemic — especially where their status intersects with poverty.
By Graeme Reid | June 17, 2020

The pop singer Madonna once dubbed Covid-19 “the great equalizer” — from a rose-petaled bathtub. Under criticism, she retracted her statement.

What she meant, of course, was that the virus can infect anyone. But what she came under fire for was ignoring that people who are poor have higher rates of infection, are more likely to have serious complications from COVID-19, and will suffer a disproportionate economic burden as a result of the pandemic.

Similarly, to address the specific vulnerabilities of lesbian, gay, bisexual, and transgender (LGBTQ) people to the impact of the COVID-19 pandemic, a more nuanced perspective is needed.

June, Pride Month, is an appropriate time to look at the differences in susceptibility to infection, chances of recovery, and the pandemic’s economic impacts. The June 15 U.S. Supreme Court ruling — that federal employment laws do protect against discrimination based on sexual orientation and gender identity — offers necessary protection, especially in a precarious economic climate.

It is a truism that crisis amplifies existing inequalities — the social and economic hierarchies that pre-date the pandemic are reproduced within it. When the Titanic goes down, those in steerage have the least chance of saving themselves. In the U.S., widespread protests against police violence are also fueled by the disproportionate burden of infection, mortality, and the economic impact of COVID-19 on black people.

Around the world, inequality as a determining factor in susceptibility to human rights abuses is something that hides in plain sight, even in ordinary times.

Violence and discrimination against poorer LGBTQ Jamaicans are widespread and commonplace, whereas middle class activists say they do not often share those experiences.

Similarly, the experience of township-dwelling black lesbians in South Africa is a world apart from South African lesbians who are affluent. They may face discrimination and abuse across the class divide but the systemic nature of violence against poorer lesbians is linked to economic inequality, as well as identity.

And in Kenya,  the gay and transgender youths who found themselves homeless after being chased from their homes by angry groups acting on rumors of a gay marriage, were targeted for abuse because they were poor.

Lesbians in Ghana have nowhere to turn when families turn abusive — the law does not protect them, and it is hard for them as women to establish economic independence. When middle class men were arrested in 2001 in a raid on the Queen Boat in Egypt, it created an international furor precisely because they were middle class. They were able to garner international activist support that generated extensive media attention, unlike poorer LGBTQ people who are routinely arrested in Egypt without the option of activating solidarity networks or media interest.

COVID-19 has highlighted these class divisions in multiple ways. The homeless youth arrested at a shelter in Uganda for gay youth rejected by their families, under the pretense of enforcing presidential directives to slow the spread of COVID-19, were victims of poverty and discrimination. Transgender Panamanians found themselves between a rock and a hard place during gender-based quarantines when neither their identity documents nor their expressed identities protected them from abuse. They were forced to rely on courier services for supplies — a luxury they could ill-afford.

When LGBTQ people are scapegoated by religious leaders for bringing the virus in the form of divine punishment, those who are unable to seek refuge in the privacy of their homes bear the brunt of harassment that results from these inflammatory statements. In South Korea, scapegoating on the heels of media reports about an infected person who went to gay clubs amplified fears of familial rejection as well as the threat of employment discrimination and other economic repercussions in the public sphere.

Young Filipinos targeted by curfew-enforcing local officials with mocking abuse were on the social and economic margins. And in South Africa, LGBTQ migrants from the continent live extremely precarious lives, compounded by COVID-19. They lack community support networks due to homophobia, and have no access to the government-issued emergency supplies available to needy South Africans during the lockdown.

Poverty and inequality constitute a vicious cycle. Persistent bullying in school and family rejection can lead to poor performance and limited opportunities in later life. Employment discrimination means that some LGBTQ people find themselves restricted to certain kinds of work, often in the informal sector, with little security and no benefits. For example, waria are disproportionately employed in the beauty industry in Indonesia, ladyboys in Thailand have a niche in performance, while in India hijra make a living from alms, ritual occasions, or sex work.

These are precarious livelihoods at the best of times. In a pandemic they all but evaporate.

Outright Action International, an LGBTQ rights group, recently undertook a global survey on the impact of COVID-19 and created an emergency relief fund. Within weeks they had received 1,500 applications, including a disturbing number for food relief. And for LGBTQ organizations that live hand to mouth on small grants, the pandemic is a potential endpoint for their activities.

A more nuanced approach to the abbreviation LGBTQ, not as a monolith but as an inadequate shorthand, is in order.

On the one hand, identification based on sexual orientation or gender identity is the basis for solidarity across lines of difference. On the other, an uncritical look at nominally shared experience risks obscuring stark inequalities along socio-economic lines that renders the phrase “LGBTQ discrimination” as potentially meaningless as Madonna’s “great equalizer” musings. It is not wrong, but neither is it accurate.

More attention should be paid to structural inequalities that keep us apart, and that have been so starkly highlighted by the current pandemic. Human rights advocates working on poverty and economic relief, and those working on LGBTQ issues, would do well to foreground the needs of those who are doubly marginalized.