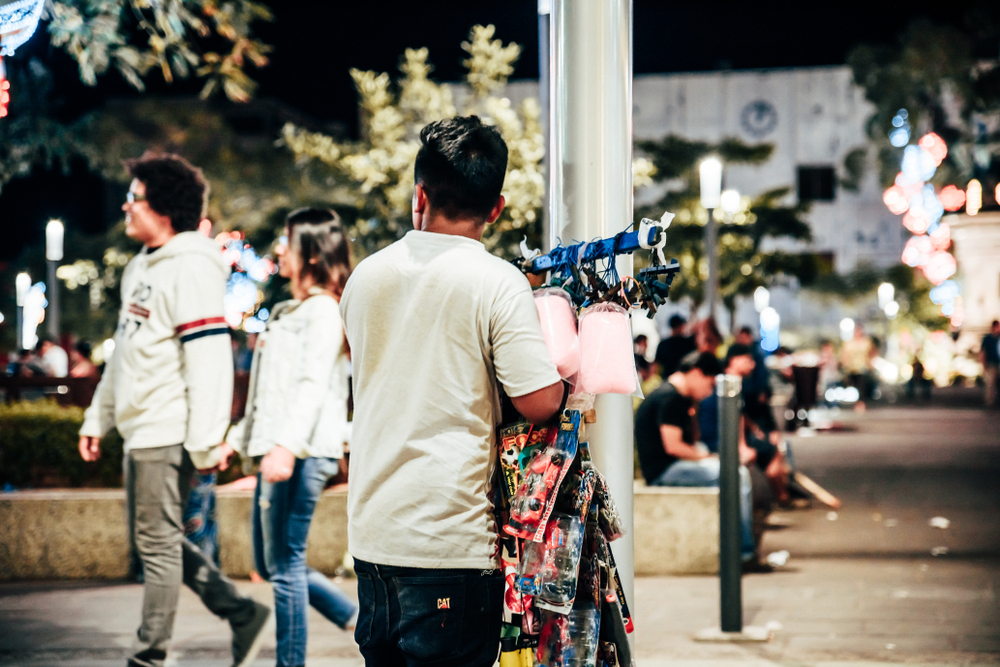 Civil society groups are struggling to fill gaps in services for "returnees" in El Salvador, who face social stigma, employment discrimination, and often trauma.
By Julia Paley | May 22, 2019

It’s not too far from the center of San Salvador to the house of Liliana. What takes so long is getting through the traffic in the city center. Up a road, into a colonia, and finally to her mother’s house, where she lives with her siblings and their children. Amid the Disney characters on the wall and her nephew in the patio, one youthful element is missing: her own children.

Liliana’s 11-year-old son and 6-year-old daughter live in northern Virginia with their dad.

Liliana had been with them until 2017, working full time and parenting. Yet at her check-in with Immigration and Customs Enforcement (ICE) in May 2017, she was taken into detention.

Organizations in the Washington, DC metro area that defend immigrant rights — like the DMV Sanctuary Congregation Network, Sanctuary DMV, and CASA — launched an intense campaign to halt her deportation. They held press conferences at the ICE field office and the Department of Homeland Security headquarters, directed countless calls and tweets to ICE and elected officials, and obtained the intervention of both of her senators, her congressional representative, and the governor of Virginia.

Despite all the efforts, Liliana was moved to another detention center and then deported to El Salvador.

Life as a “Returnee”

Life for those who have been deported — called “returnees” in El Salvador — is very difficult.

First there is the violence — the same condition that led many migrants to flee for their lives in the first place. Liliana had initially gone to the United States in 2006 after a sexual assault at gunpoint by a gang member. Now back in her former neighborhood, she rarely leaves the house and certainly not at night. Nor are there parties or gatherings on her street, because people know that armed killers can enter.

It’s also extremely hard to find a job. Amid high rates of unemployment in the country, returnees face added challenges. Liliana says she’d need a recommendation from a political figure, which is hard to get having been out of the country. Available jobs are mainly open to those under 25 years old, she says, and to work in a relatively high-paying position — at a call center, for example — she’d need better English skills than she currently has.

Compounding all of this is the stigmatization and discrimination against those who come back after time abroad.

First there’s the idea that people who return are violent threats. The Salvadoran media often doesn’t communicate that people are deported from the United States for being without documentation. Instead, it circulates headlines warning that “criminals” have just arrived at the airport. This turns the population against returnees. A related impression also exists that people who aimed to succeed in the United States returned to their country of birth because they had failed.

The second image is that returnees are disconnected from Salvadoran culture. That after years — and sometimes decades — in the United States, they are not adapted to Salvadoran life. This stigmatization further disinclines employers to hire them, adding to their family’s precarious economic condition.

Finally, deportees themselves are living with major emotional challenges. After having been separated from their families, held in detention in the United States, and put on a plane without money or possessions, many arrive disoriented and traumatized. In El Salvador, they often live in isolation in a country they have not been in for years, disconnected from communities and meaningful roles.

And longing to be with their U.S. families.

Liliana talks to her children every day by video call — making the cyber-visits fun with silly poses and filters — and yet has no hope of living with them until 2022, when her five-year prohibition on re-entering the United States has passed.

Even that transition could be out of reach for many families. The process will cost around $10,000 — in lawyers’ fees and the costs of the application process — a prohibitive amount for Liliana’s family, which is now relying on her husband to parent and support the family economically.

Meanwhile, the Salvadoran government offers few services to returnees. Some independent organizations operate on a small scale. The Alliance of Salvadoran Returnees (ALSARE) trains deportees to organize in their communities, developing leadership skills and connecting with neighbors. It also aims to introduce national policies that would work toward the reintegration of returnees into Salvadoran society — including by providing psychological support, reducing the stigma against them, and promoting human rights for migrant workers in coordination with organizations in Guatemala and Honduras, two other countries that send many migrants to the United States.

In coordination with international foundations and with the Salvadoran Institute for Migrants (INSAMI), another group — the National Network of Returned Entrepreneurs of El Salvador (RENACERES) — offers programs in mental and physical health, employment, and income generation, as well as a space for migrants to meet each other. It also works on policy advocacy and coordinates with other countries in Central America’s northern triangle. Meanwhile, the Jesuit network provides services and advocacy, and conducts research about migration.

But these limited programs are far from reaching the number of Salvadorans who have returned to the country. The entire situation could get more acute after the expiration of Temporary Protected Status, which covers nearly 200,000 Salvadorans in the United States. Given that 20 percent of El Salvador’s gross domestic product is from remittances sent from abroad, the unemployment situation will likely get more dire as well.

As someone who participated in Liliana’s deportation defense in the United States, what struck me most during my recent visit was our disconnect with her life in El Salvador. In the age of WhatsApp, Facebook Messenger, Zoom, and Skype, how had we lost touch?

The fight for migrant rights is an international one — as is the life of migrants — and their existence does not end at deportation. Here’s a call for providing ongoing support to the families who have been separated from relatives through deportation, and for ongoing communication with the deportees themselves. They were neighbors, friends, congregants, and contributors to our communities in the United States, and they continue to be our loved ones as far away as they may be.

The separation of families personified by Liliana’s case — but experienced by so many others — should move us to redouble our efforts to prevent deportations. So that people like Liliana, her husband, and her children do not live for years without beloved relatives.

To support Liliana’s expenses to return to her children in Virginia, you can contribute to her GoFundMe account. And to get involved in deportation defense and advocate for legislation to protect immigrants in the United States, you can contact organizations in your geographic area that support immigrant justice.

Julia Paley is the Director of Immigration Justice at the Religious Action Center of Reform Judaism.