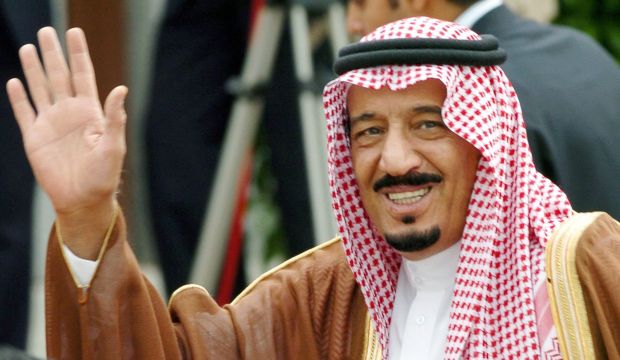 Like Al Qaeda, Islamic State a Threat to Saudi Arabia Despite Similar Worldview

Ideological affinity makes it difficult for Saudi Arabia to distance itself from the Islamic State.
By Russ Wellen | January 27, 2015

“The Saudi authorities have condemned Islamic State, but they fear the destabilising effects of any detailed examination of their shared principles,” writes Brian Whitaker in an article as insightful as it is and valuable that was published and posted January 6 by the Guardian. He begins by describing a raid likely conducted by the Islamic State on a Saudi post on its border with Iraq that killed, along with two other soldiers, the commander of Saudi Arabia’s northern border forces. Whitaker writes:

This might be viewed simply as a reprisal for Saudi participation in the US-led bombing campaign against Isis, but Isis has also been seeking to extend the current conflict in Syria and Iraq into Saudi territory.

There is no doubt that Isis has both sympathisers and active supporters inside the kingdom … but whether it will be able to establish a military foothold is another question. Isis tends to flourish militarily in places where central government is weak.

Which, of course, scarcely describes Saudi Arabia. Meanwhile, because elements in Saudi Arabia, including members of the royal family, have supported Al Qaeda financially and because Saudi Arabia and Al Qaeda share the same brand of Islam, Westerners (well, me, anyway) found it confusing when Al Qaeda staged attacks inside Saudi Arabia. Though one could see Al Qaeda’s point about Saudi Arabia allowing U.S. troops and equipment on sacred Sunni soil. Meanwhile, today, Whitaker writes:

In military terms, the Saudi security apparatus is probably capable of suppressing Isis on its own territory, just as it did with al-Qaeda a decade or so ago, but it is in no position to confront Isis at the ideological level.

“The problem here is that Isis and the Saudis’ Islamic kingdom are,” like Al Qaeda and the House of Saud, “ideologically similar, so attempts to challenge Isis on ideological grounds risk undermining the Saudi state too.” Whitaker quotes Heba Saleh and Simeon Kerr in the Financial Times.

Some of the features of Isis ideology, such as its hatred of Shia Muslims and application of strict punishments such as limb amputations, are shared with the purist Salafi thought that defines Saudi Wahhabism. … Yet, in contrast to the tacit official encouragement of more liberal voices after 9/11, any debate within Saudi Arabia over the role of its official creed in fostering the group’s extremism has been timid and largely confined to social media … The Saudi authorities have been quick to condemn Isis. But, according to observers, they are anxious to avoid a potentially destabilising examination of common ideological links between the extremist group and the Saudi religious school whose support underpins the legitimacy of the royal family.

An especially sticky issue is the Islamic State appropriating the word “caliphate.” Whitaker:

The underlying issue, therefore, is the rival claims of king and would-be caliph. In the words of two Saudi government supporters: “To restore the ‘caliphate’, [Isis] would ultimately need to implant itself at the epicentre of Islamic life, the two holy mosques in Mecca and Medina. Therefore, [Isis’s] road to the caliphate runs through the kingdom of Saudi Arabia.”

Whitaker concludes that it is “difficult to see what else they might do without calling their own state system into question.”