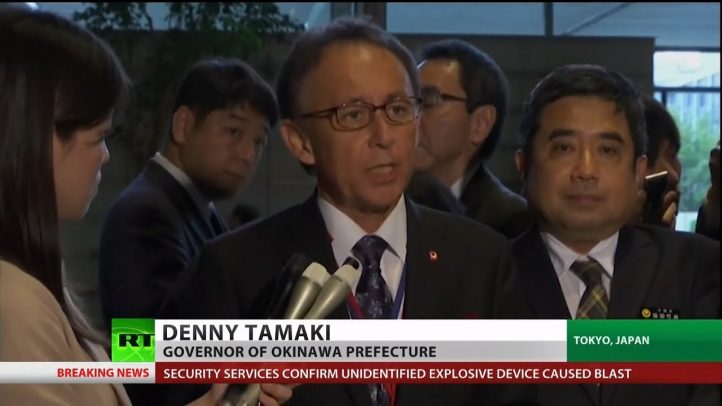 The East China Sea seems to have disappeared. Not literally of course, yet only a few years ago around the centennial commemorations of the beginning of World War I, talking heads named the body of water between China and Japan as a likely spot for the outbreak of World War III. Several islands disputed among China, Taiwan, and Japan had become a magnet for risky seaborne maneuvers, and the air defense identification zones above them had dangerous overlaps. Japanese Prime Minister Shinzo Abe intimated that his country and China resembled Germany and France 100 years earlier, and Henry Kissinger wagered that a Tokyo-Beijing clash in these waters would be a catalyst for greater conflict to come.

Now, in the wake of centennial celebrations commemorating the end of the war that was supposed to end all wars, militarized activity in a separate but connecting sea has dominated the intervening years. More than half a dozen countries have been vigorously contesting territory in the South China Sea. At the same time, the issues that made the East China Sea so volatile in 2014 have only deepened and intensified—and now intersect with the South China Sea conflict.

The islands, rocks, reefs, and shoals (natural and man-made) in both the East China Sea and the South China Sea have become the primary offshore sites for the world’s major navies to test one another and prepare for possible broader violence. Moreover, politicians and pundits in Beijing, Washington, and Tokyo have come to realize the easy dividends that whipped-up tensions in these seas yield for generating nationalistic pride. Finally, the most powerful player in the game, Washington, still needs to take seriously its role in creating much of the confusion if Americans want to prevent future conflict—especially in the East China Sea.

The first step the United States should take to reduce the chance of confrontation is to listen to Denny Tamaki, the new governor of Okinawa, Japan’s southernmost prefecture and most complicated constituency. Home to over half of the 50,000 US troops stationed in Japan and to American nuclear assets as well, Okinawa is the East China Sea’s most valuable piece of real estate to American security interests. Governor Tamaki, currently on his first trip to the United States since taking office in early October, is meeting with anyone and everyone who will hear his plea to stop construction of a new American military facility in his prefecture. Okinawans already host 70% of the existing American bases in Japan in their territory, which comprises 1% of the mainland. This new one, which has been 20 years in the making, would add six helipads off of Okinawa’s northeast coast in Oura Bay, adjacent to Camp Schwab, the U.S Marine base in the town of Henoko.

Countless strategic assessments have demonstrated the relative lack of need for this additional base. Also, according to environmental surveys, the concrete slabs involved in the construction would destroy the ecosystem of the bay, which is a World Wildlife Fund site. Given the rejection of the new base by an overwhelming majority of Okinawans, Governor Tamaki rightly points out that democratic elections and peaceful opposition in the prefecture count for nothing in the Japan-U.S. security nexus.

Governor Tamaki is not against the presence of the American military in Okinawa, and he is not anti-American. He can’t be. He is the son of an American marine he’s never met, and he grew up with his Japanese mother in Okinawa as what he calls the “physical embodiment” of U.S.-Japan relations. Denny Tamaki does, however, oppose the new base at Henoko and especially Tokyo’s disregard for Okinawan opposition. The governor maintains that the Japanese government must express the will of his Japanese constituency to the United States (a foreign country). Since Prime Minister Abe and his administration refuse to do so, Tamaki is bringing the cause to Washington himself. His appeal to Americans is simple: Okinawans want to work with the United States to reduce the potential of future conflict. Halting construction of the heliport planned for Henoko is a practical step with positive ramifications for efforts at peace in Korea and de-escalating potential clashes with China.

The builders of the new base face a structural problem in addition to the opposition of Okinawan leaders like Tamaki and the ongoing, peaceful protests outside the facility. There isn’t enough soil in Okinawa to create the foundation for the heliports, so Japan is importing the dirt from the mainland. Governor Tamaki and his supporters maintain that if this base is so important to the safety of Japan, then the Japanese government should authorize its construction on the mainland in the areas from which soil is being imported to Okinawa and dumped onto the coral reefs of Oura Bay.

The soil issue recalls a controversial incident from Okinawa’s past. In 1958, a year before the new governor was born, a team from Okinawa was allowed to participate in Japan’s annual high school baseball tournament in Tokyo for the first time since the end of the war. At the time, however, Okinawa was still under U.S. occupation (and would be until 1972). When the Okinawan teenagers lost, they scooped up dirt from the mainland stadium to take home. Citing the U.S. Plant Quarantine Act, American officials barred the team from bringing the “unclean” soil to Okinawa. For decades, Okinawans would continue to bear the burden and humiliation of being somehow less than Japanese.

The imposition of this new U.S. military base—and Tokyo’s tactic of throwing dirt at the problem—only reinforces these feelings of subordination. By ending construction of this base, the United States can atone for its past conduct, take into consideration the democratic desires of Okinawans, and begin to think more broadly about peace in the East China Sea and beyond.

Alexis Dudden is a professor of history at the University of Connecticut and the author of Troubled Apologies Among Japan, Korea, and the United States (Columbia University Press, 2008).