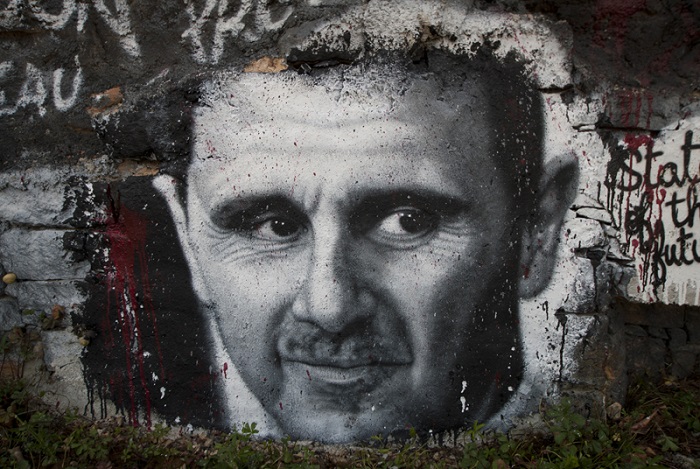 The UN actually has a provision for placing a state that’s threatened by internal forces under the trusteeship of a designated state. (Photo: Thierry Ehrmann / Flickr Commons )

The UN has the power to bring peace to Syria — and greatly enhance its reputation to solve the seemingly intractable problems of sovereign states.
By Russ Wellen | November 10, 2015

I know it’s already appeared on Foreign Policy in Focus, but a recommendation by Don Kraus, the Chief Executive Officer of Citizens for Global Solutions, for peace in Syria are so fresh and unique that it deserves to be tossed into the progressive media echo chamber. Kraus writes:

The Syrian conflict threatens the peace and security of the entire world. Perhaps it’s time to use the UN for its founding purpose: to end the scourge of war. The other 192 UN member states, including Assad’s allies Russia and Iran, should suspend Syria’s UN membership, which can be done under Article 5 of the UN Charter.

As if that’s not novel enough

Then the territory should be placed under the auspices of the UN’s Trusteeship Council, a moribund UN organ that basically went out of business when the last of the colonial countries achieved independence. Let’s breathe new life into it and use its chamber as intended rather than as just a glorified conference room in the UN’s headquarters.

How would that work?

Activating a new UN International Trusteeship System could temporarily place Syria under the trusteeship of a to-be-determined nation.

I know: Don’t everybody raise their hands at once. In fact, noting what’s emphasized below:

It could be the United States, Russia, or more likely a mutually-agreed-upon state with enough capacity to take on the challenge, such as India or Japan. The Trustee would establish a provisional government that allows all parties to the conflict that eschew violence to participate.

Even though he admits that “utilizing an obscure multilateral mechanism that will involve a highly unusual revocation of sovereignty is close to impossible.”

… the UN’s universal membership and legitimacy can provide an umbrella under which the Assad regime and non-IS Syrian rebels, the Iranians and Saudis, and the United States and Russia find the means to halt IS’s barbarous advances and allow Sunnis, Shiites, Kurds, and others to live alongside each other without a strongman imposed peace.

Not to mention enhancing the UN’s legitimacy to the power of 10 and providing the world with hope that a sovereign state doesn’t necessarily have to be consumed from within by a predatory regime without help from the rest of the world.

A debt of thanks is owed Don Kraus for unearthing this promising solution.