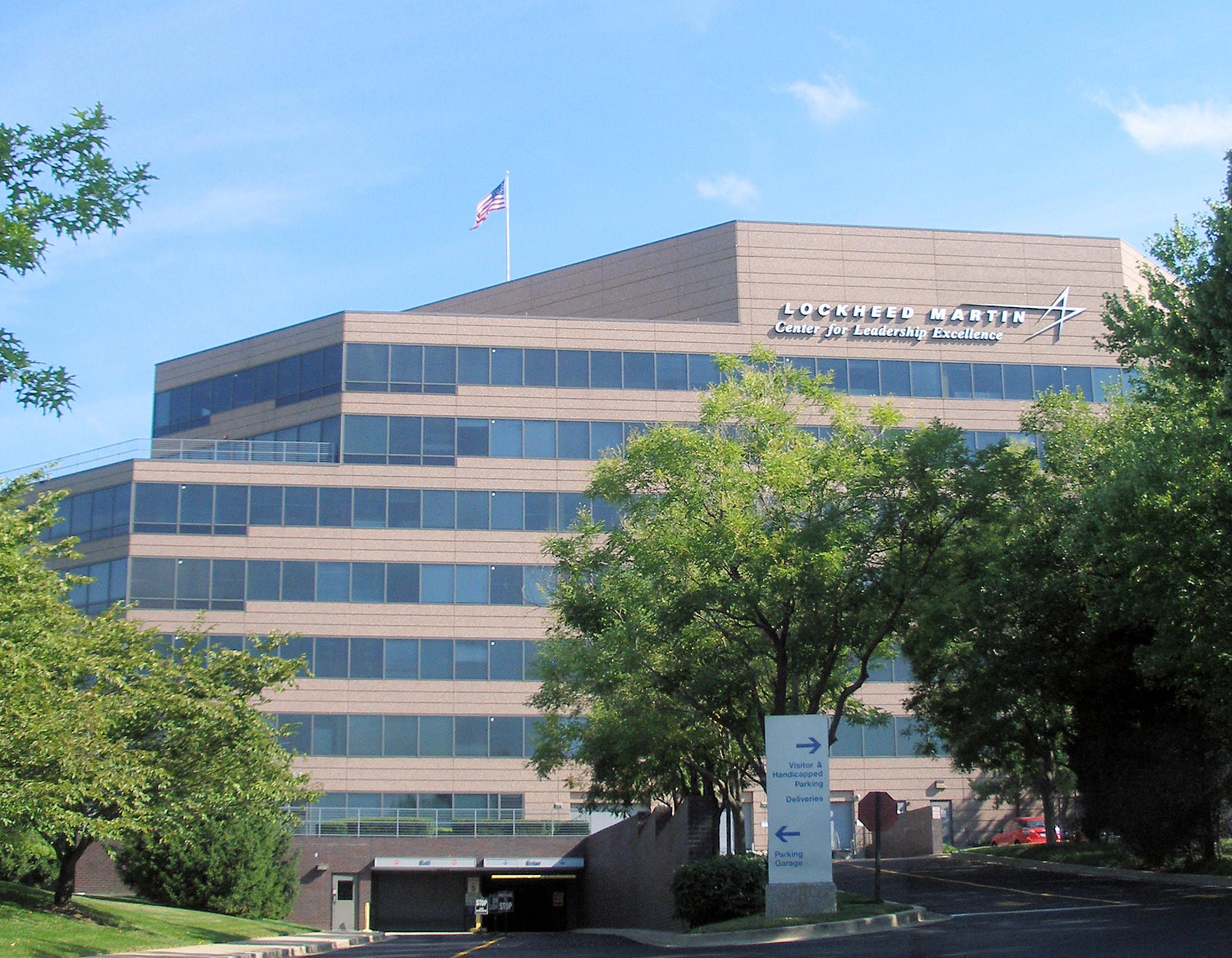 Lockheed Throws Its Weight Around (Again)

The powerful military contractor wants yet another government handout, and it has The Washington Post's support.
By Jean Athey | April 26, 2012 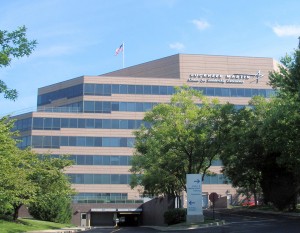 In Montgomery County, Maryland — just outside of Washington, DC — the county executive recently proposed, as a part of his annual budget, a no-strings-attached grant of $900,000 to Lockheed Martin, the largest military contractor in the world. Citizens of the county objected to the handout in public hearings that the county council held on the budget.

Yet The Washington Post immediately criticized the county council in a vitriolic editorial in which it accused the council of engaging in “demagoguery masquerading as social justice.”

Lockheed Martin and its friends at The Washington Post are still outraged that in 2010 the Council refused to pass a special law to give Lockheed Martin a unique tax advantage that would have cost the county $450,000 per year — at a time when the county was faced with draconian cuts to critical services. The county executive, at the behest of Lockheed Martin, had asked the council to change the legal definition of a hotel, specifically to exempt the patrons of Lockheed Martin’s new luxury hotel in Bethesda, MD from paying the county’s 7-percent hotel tax. The proposed law would have applied to no other facility in the county.

After hearing from citizens on this outrageous bill, the council tabled it and never voted on it, effectively killing it. As a result, patrons of the hotel, called the Center for Leadership Excellence (CLE), must pay the lodging tax, just like the patrons of every other hotel in the county. The Washington Post and Lockheed Martin consider this situation grossly unfair. The proposed grant is designed to recompense Lockheed Martin for two years worth of the tax.

Let’s put this tax exemption proposal in perspective by taking a quick look at Lockheed Martin’s finances. In 2010 the company took home $3.9 billion in profits from the portion of its business that is paid directly by taxpayers (84 percent). Lockheed Martin’s CEO, Robert Stevens, received $21.9 million in compensation in 2011. So this company is doing quite well for itself, thanks to the taxpayers, and our largesse will continue into the future. One example: It is now estimated that the F-35, a Lockheed Martin product, will end up costing taxpayers a total of $1.5 trillion dollars. If you laid out $1.5 trillion end-to-end in $100 bills, you could circle the Earth at the equator 59 times.

Despite the extraordinary wealth of this company, The Washington Post believes that council members are being “craven” in requiring the CLE to remain subject to the county’s hotel tax, given that only Lockheed Martin’s personal invitees can stay at the CLE — that is, members of the public can’t make a reservation there. Let’s consider this argument a bit more closely.

When Lockheed Martin’s own employees stay at the CLE, according to the Post, the corporation passes on the costs of the hotel tax to the appropriate federal contract. In other words, Lockheed Martin is already compensated by the federal government for any lodging costs the company incurs, and given federal procurement regulations, the company can charge indirect costs on top of the local taxes it pays. This means that Lockheed Martin gets its money back, with interest, on its employee lodging costs.

Even if Lockheed Martin didn’t get that money back, it would still make no sense to exempt this extremely wealthy company from paying a tax on employee lodging costs. The company also invites contractors and vendors to stay at the hotel. Why should these people not be required to pay a tax that they would pay if they instead chose to stay at the Marriott?

In reality, Lockheed Martin rents rooms to more than its employees, contractors and vendors. It uses its world-class conference center for . . . conferences. For example, the law school of the University of Southern California will hold a conference at the hotel in October. A registration form, available online until recently, asked conference participants to indicate whether they intended to stay at the CLE and pay a nightly rate of $225 during the conference or whether they would find their own accommodations. Since Lockheed Martin claims that the hotel is used almost solely for its employees—the bizarre rationale for the proposed tax exemption—this conference looks a bit suspicious. After citizens presented a copy of the conference registration form to the Montgomery county council during the public hearings on the budget, documenting that Lockheed Martin’s definition of “employee” is quite expansive, the form was removed from the website.

It is extraordinary that the company would make an issue of this tax. Although the amount of money—$450,000 per year—is significant to Montgomery County, it is essentially a rounding error for Lockheed Martin.

There’s more: not only are Lockheed Martin and The Washington Post furious at the county council for questioning the wisdom of a special million-dollar gift to Lockheed Martin to compensate it for having to pay the tax. They are also still irate that in 2011 the council briefly considered a non-binding resolution asking Congress to support the needs of local communities and cut military spending. Lockheed Martin suddenly had a job for a few of its 91 lobbyists: kill the resolution, which they did. Within a few days of Lockheed Martin bullying the council, a couple of council members were “persuaded” that the resolution was a bad idea. Since the resolution no longer had majority support, it was not brought up for a vote.

The Politics of Jobs

In its recent editorial, the Post once again castigated the council for having had the gall to briefly consider a resolution that never even came up for a vote. “Last fall,” the Post editorialized, “council members flirted witha resolution urging Congress to spend less on national defense. They backed down once it dawned that defense contractors such as Lockheed are among Montgomery’s biggest employers. In effect, council members were advocating layoffs for their own constituents.”

Contrary to The Washington Post’s assertion, the council did not decline to pass the resolution because it suddenly dawned on them that Lockheed Martin employs about 7,200 people in the county. Council members backed down under extreme political pressure, brought to bear on them from Lockheed Martin. In fact, the county is home to NIH, FDA, and other large federal agencies that employ far more people in the county than does Lockheed Martin. Without a reprioritization of federal spending, many people working in these agencies are quite likely to lose their jobs.

Even worse, the Post’s argument implies that the availability of local jobs supported by federal military contractors should deprive citizens of the ability to advocate a change in foreign policy and a say in the allocation of federal resources. Large military contractors, in fact, have distributed their subcontractors and their factories throughout the country in a politically astute manner. Economist and former Pentagon official Alain C. Enthoven once observed, “The ideal weapons system is built in 435 congressional districts and it doesn’t matter whether it works or not.”

In the 2009 fight by a coalition of advocacy groups to kill the F-22, a plane made by Lockheed Martin that no one in the Pentagon wanted—from Rumsfeld to Panetta—Lockheed Martin placed several full-page ads in The Washington Post that consisted solely of a list of every congressional district in the country, alongside Lockheed Martin’s estimate of how many jobs would be lost in each district if the F-22 was cancelled. So much for subtlety. The plane doesn’t work, it’s extremely expensive, and we don’t need it for our “security,” but note to Mr. or Ms. Congressperson: fund this plane or we’ll see that jobs will be lost in your district—one of which will be yours.

The Washington Post and Lockheed Martin are working in lock-step to intimidate anyone who questions the idea of a reallocation of federal resources away from the current excessive level of military spending. Moreover, they are also using their extraordinary power to coerce a local council to do their bidding in a blatant corporate welfare scam.

Jean AtheyJean Athey is a coordinator of Montgomery County (Maryland) Peace Action, co-chair of the national Peace Action board of directors, and a contributor to Foreign Policy In Focus.