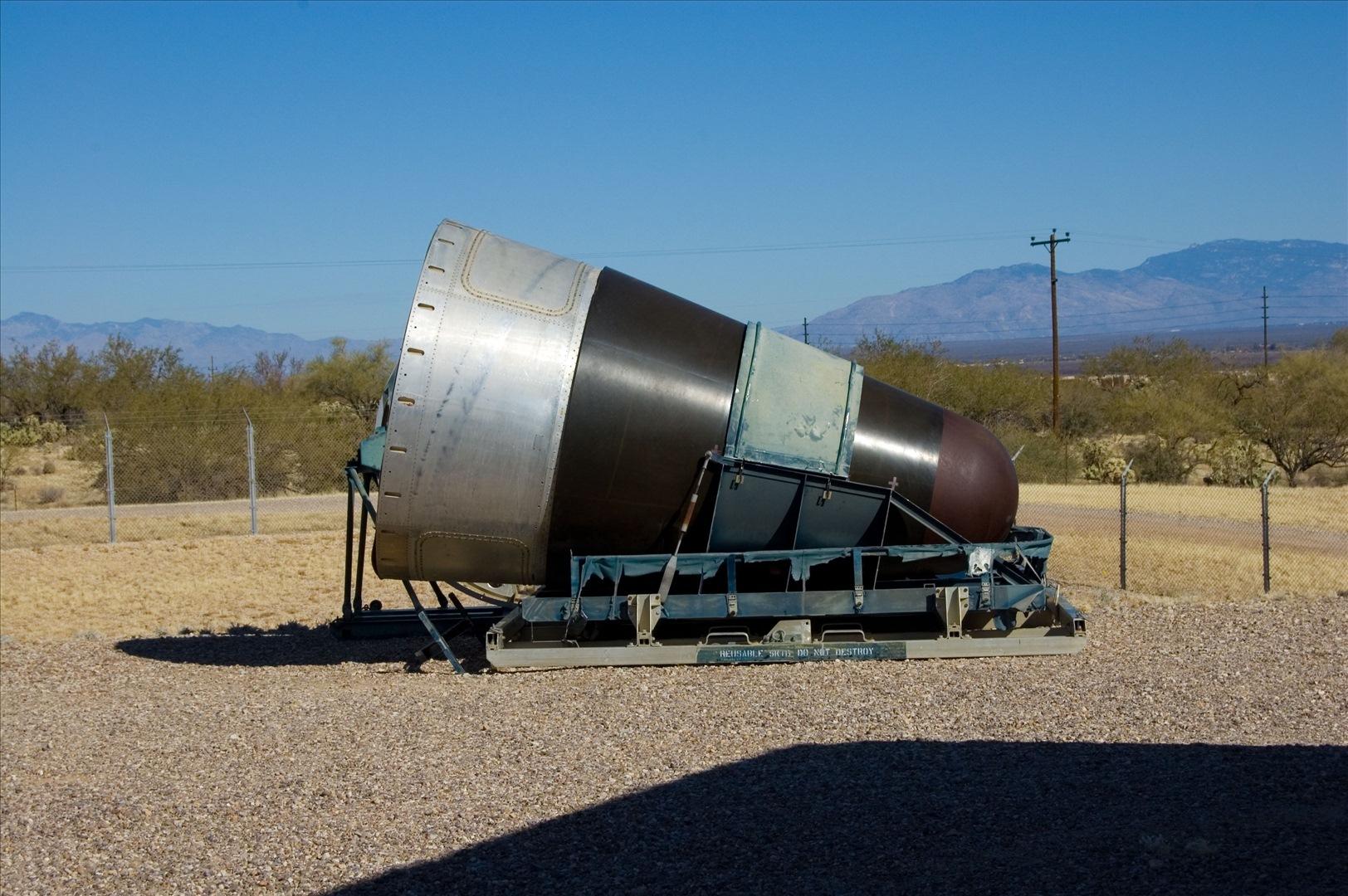 There's a lot of radioactive material in the world. But is the illegal market in nukes really a threat?
By Felipe Umana | August 17, 2011 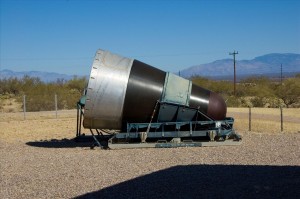 The illicit market of nuclear weapons and nuclear materials puts the world’s population at risk of an attack that could decimate cities and kill millions of people. A lone wolf might get a hold of fissile material, the technical knowledge to build an atomic weapon, or a nuclear weapon itself. Or a whole host of criminal agents – rogue scientists, opportunist civilians, thieves, terrorists, or even government officials – could obtain radioactive materials (or bombs themselves) through informal means. The illicit market of nuclear weapons and related materials spans a whole host of suppliers, middlemen, and buyers. Moreover, it involves almost every country in the world. In the cross-border movement of nuclear materials, from storage sites to transit stops and hubs and finally to points of reception, every stop is susceptible to the dangers of a nuclear accident.

Most instances of theft have occurred in Russia and the Commonwealth of Independent States (CIS), the group of independent republics that originally formed part of the Soviet Union. The region’s low economic status after the end of the Cold War severely curtailed any intended improvement and upgrading of many research facilities and nuclear storage sites. Likewise, low salaries led to increased instances of theft by people seeking to sell machine parts and radioactive materials for money. The illicit trade of nuclear materials by the mid-1990s was well established, with plenty of suppliers and potential buyers. In 1996 alone there were more than 230 documented cases of unsuccessful trafficking in and from the CIS region. Some sources report that attempted transactions doubled in the 2000s from figures in the 1990s.

Yet, a nuclear attack by a belligerent actor who obtained materials through the black market is unlikely. The supply and demand for nuclear materials is not very robust, and the suppliers and buyers constitute a relatively limited black market. Potential nuclear suppliers face the difficulty of finding a buyer. States and the international community have also developed numerous deterrent methods to stop the trade. And non-state actors generally lack the nuclear know-how to put plans into practice.

Loose nukes are a frightening scenario. But they remain only a marginal threat.

Actors seeking to acquire an atomic weapon – or the capability to produce one – generally do not have the essential training, knowledge, or materials. Nor do they generally have the necessary resources to achieve nuclear capabilities. In fact, for non-state actors, smuggling already-manufactured weapons or available materials is the only practical way to go nuclear. Terrorist organizations like Aum Shinrikyo (now known as Aleph) and al-Qaeda are typically composed of men with little scientific training and ersatz scientific knowledge, if any. Unless they steal blueprints, these actors can’t construct a usable fissile weapon. Moreover, it’s not easy to move such sensitive materials around. Anatoly Bulochnikov, director of the Center for Export Controls in Moscow, contrasted nuclear materials with mundane goods: “[These items are] not potatoes, not something you can keep anywhere.” Another hindrance is a lack of steady funds and resources. Non-state actors simply don’t have the money to purchase bomb-grade nuclear material (in 1991, a kilogram of enriched uranium went for $700,000), the means to enrich uranium, or the storage facilities to contain the material.

Without the money and resources, these belligerent actors must rely on smuggling and theft. But most stolen materials are not enough to make a bomb. Analyses of reported cases of nuclear material theft reveal that trafficking incidents normally involve scrap metal and small amounts of highly enriched radioactive elements. It takes at least 10 to 15 kilograms of highly enriched uranium, for example, to make a useable weapon. In reality, most thefts involve only grams of radioactive materials. Other instances of theft involve materials that cannot be applied to bomb-making, like low enriched or depleted uranium, suggesting that most of these robberies are the work of amateurs.

A second reason the illicit nuclear materials trade has not resulted in the creation of a useable nuclear weapon is the low probability of finding a buyer. Although not entirely impossible to find, since middlemen are found commonly throughout the network of this illegal market, buyers for these types of commodities are very specific and do not advertise openly. There has never been a successful recorded transaction between a buyer and a seller, other than police set-ups aimed at capturing would-be criminals. On a similar note, thieves who take unauthorized possession of nuclear materials are typically people without previous criminal records who only do it for the potential pecuniary gain. Because of their naiveté and lack of connections, newer criminals have less experience, and therefore, less of a chance of finding a nuclear buyer and sealing a deal. Examples of attempted business deals have diminished in the last three years, with fewer than 100 reported instances in 2009.

Lastly are a number of deterrent strategies that dissuade actors with atomic capability from selling the technology and know-how to buyers. One way to deter actors from trafficking radioactive materials across borders, for example, is to boost detection methods at major points of entry. The United States has installed radiation detectors at borders and ports of entry, with cities like Washington, DC and the borough of Manhattan getting increasing attention. Through 2006, there were 318,000 false-positive detections of radiation. Moreover, efforts to install detectors at highway weighing stations are also moving ahead. The widespread adoption of these radioactive detectors serves as a warning signal for those who wish to illicitly move these sensitive commodities.

The threat of military, political, and economic repercussions from foreign actors provides another viable deterrent. For example, the existence of a nuclear weapon or the confirmed knowledge that a belligerent non-state actor has developed a feasible nuclear weapon can goad major world governments to join forces and unleash a rapid and strong military operation on the region where these non-state actors. Atomic weapons in the hands of terrorist organizations are likely to remain immobile (seeing as the proper resources to move and handle it carefully are likely absent or of low quality), so an allied military procedure from the world’s most powerful militaries could then aim to neutralize an entire organization. The complete annihilation of a group’s membership and hideouts is an extremely unattractive measure from the perspective of any terrorist organization. The country that hosts these organizations, deliberately or inadvertently, would face severe opprobrium if it did not deal with radicals within its own borders. Diplomatic and economic sanctions could similarly be used to dissuade these states from potentially aiding the belligerent non-state actors, while also restricting corruption tactics from diverting financial flows to radical groups. Even more importantly, sanctions could serve as punishment or discouragement against states seeking nuclear capabilities for an offensive atomic program. Iran, for instance, has faced a long history of economic sanctions, partly because of its nuclear program.

These aforementioned factors – namely a lack of scientific capability, the difficulty of finding a buyer, and deterrent methods in the forms of military, political, or economic punishments – paint an optimistic picture of the state of nuclear security in our contemporary world. But simply because real-world obstacles hinder nuclear trading does not mean that a nuclear incident or attack can’t happen.

In order to combat the worrisome trade in nuclear materials, the United States should create and improve global partnerships aimed at dealing with the black market in nuclear materials. States with more resources should be encouraged to lend a hand to those who do not have the same financial resources. Government agencies should boost efforts at sharing information. The United States should also lobby for tighter export regulations in international forums, especially for items that fall under the trigger list, namely “dual-use” items that have other industrial uses or can be used in peaceful nuclear programs. The transfer and reception of many of these goods can be abused. Triggered spark gaps, for instance, are high-speed electrical switches used in lithotripters to help break up kidney stones. In large numbers, however, they can also be used to detonate nuclear weapons.

The United States should lobby for changes in outdated regulations in the transnational non-proliferation regime, such as the aforementioned trigger list or the failure of the Nuclear Suppliers Group to require members to share information on licenses. By helping out in the shaping more effective policies to fight the black market of nuclear weapons materials, the United States can contribute to making the world a safer, less nuclear-obsessed world.

Felipe UmanaFelipe Umana is a contributor to Foreign Policy In Focus.