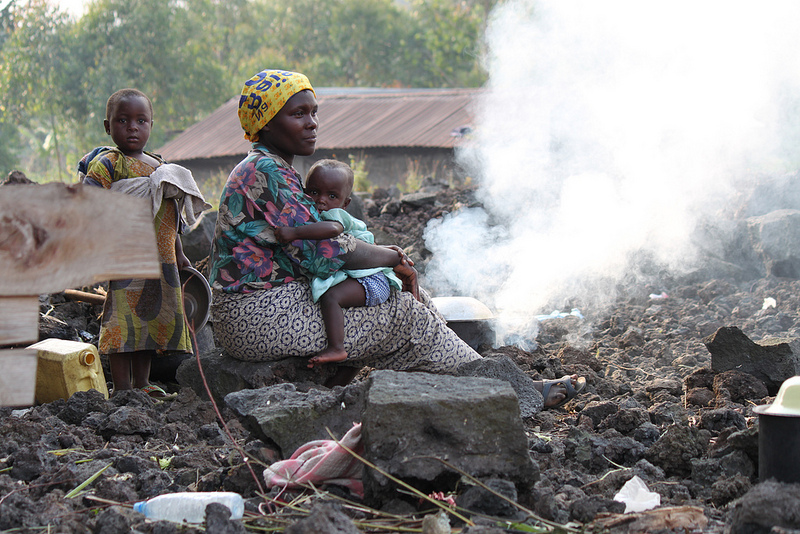 The M23 Surrenders: A Pyrrhic Victory in Eastern Congo

Given the roots of the ongoing conflict in North Kivu, military victory amounts to exchanging one group of exploiters for another.
By David Zarembka | November 14, 2013

When the M23 rebel group surrendered in early November after its defeat by the Congolese Army, elated international observers declared it the beginning of the end of the longest, deadliest conflict since the Second World War.

Media reports have focused on the dramatic moments: how the Congolese Army—with help from the United Nations’ rapid deployment forces from South Africa, Tanzania, and Malawi—routed the Tutsi-led M23 rebel group near Goma in North Kivu, a restive eastern province of the Democratic Republic of the Congo (DRC). And they have justifiably celebrated the November 6 surrender of 1,700 rebel soldiers and their leader, Sultani Makenga, in Uganda.

In some ways, the real demise of M23 began last March, when rebel leader Bosco “The Terminator” Ntaganda fought with another faction of M23, was defeated, and turned himself in at the U.S. embassy in Kigali to be tried for war crimes at the International Criminal Court. The calculus he made was straightforward: it was better to be alive in The Hague than dead in North Kivu. Over a thousand of his soldiers surrendered in Rwanda with him.

Yet even if M23 has been defeated, the reason for its existence has not been dealt with. With this military victory, the Congolese government now has less incentive to address the root problems that make North Kivu such a hotbed of violence in the first place. Another rebel Tutsi group is sure to form in M23’s place, and scores of other armed groups remain at large.

The struggle between the DRC army the M23 movement was just one act in a bigger drama. In fact, with an estimated 45 rebel groups in North Kivu alone, you might say that M23 was just 2 percent of the problem. At least three interconnected wars continue to rage on.

The first war has its roots in neighboring Rwanda. When the Tutsi-led Rwanda Patriotic Front conquered Rwanda in 1994, it pushed the Hutu soldiers and Interahamwe youth militias who perpetrated the genocide into North Kivu, where they formed the Democratic Forces for the Liberation of Rwanda (FDLR) to oppose the new government in Kigali. This rebel group is still active today, almost 20 years after the end of the genocide. It has survived numerous military attempts by the Congolese, Rwandan, and Ugandan armies to defeat it.

The FDLR survives through agile maneuvering. When attacked, FDLR evaporates into the local population, resurrecting itself to exact revenge when the attacking forces leave. Those Tutsis who still live in North Kivu continue to fear annihilation by the Hutu genocidaires, so they arm themselves and form militias for self-defense. The Hutu-Tutsi divide in North Kivu has not been resolved by the defeat of the M23. As long as this insecurity remains, expect some other Tutsi group to form in its place.

The second war involves the numerous Swahili-speaking Congolese tribes who have organized into small armed groups collectively known as Mai Mai. Because they consider Rwandans to be invading their territory, exploiting North Kivu’s resources, and keeping the region mired in constant conflict, they seek to evict all Rwandans—Tutsi and Hutu alike—from North Kivu. To this end, they have committed atrocities against people who speak Kinyarwanda, the Rwandan language. Such massacres will likely continue, regardless of the disbanding of the M23.

The third war is the one that drives all the other conflicts: the war to control mineral resources for the international market. North Kivu has hundreds of tin, coltan, gold, and other mineral mines. These are small, pick-and-shovel type of operations where laborers are poorly paid, forced labor is common, and children work alongside adults. There are no health or environmental protections. Consequently, the profits from these mining operations are substantial. In order to survive and obtain funds to purchase arms and ammunition, rebel militias and other enterprising fighters wrestle to control territory with lucrative mining operations or trade routes where they can exact heavy “taxes.” M23 was so threatening in part because it controlled the roads that carried loot to Uganda and Rwanda and on to the rest of the world.

This war has no ethnic component at all: The 45 rebels groups, plus the Congolese army itself, all vie with each other for control of these resources, forming unlikely and continually changing alliances as the conditions of exploitation dictate. Even the UN forces in North Kivu have been accused of selling weapons and ammunition to the various rebel groups that they are supposed to be controlling.

Given the roots of the ongoing conflict in North Kivu, any particular military victory amounts to exchanging one group of exploiters for another. The status quo has many built-in advantages for those armed groups that control territory and mines. This is their livelihood—as it is as well for Rwanda and Uganda, which support various militias and benefit from “transit taxes” as the resources travel through their countries.

This arrangement similarly benefits international markets, as the prices of these minerals are kept low. And although the area is rich in resources, the limited prospects for formal employment in North Kivu means that there are always young men willing to join a rebel group.

Since 1996, millions of people are said to have died in the fighting in North Kivu. But the vast majority of these did not die as soldiers in battle—they died in the crossfire or from exposure to the elements. Every time there is fighting, people leave their homes, carrying what they can on their heads, backs, or in wheelbarrows, and many die from exposure and disease. Those who cannot flee—the elderly, the sick, the young—also die in untold numbers.

That is the real tragedy of the continuous fighting in North Kivu. M23 may have surrendered, but greed will not lay down its arms so easily.