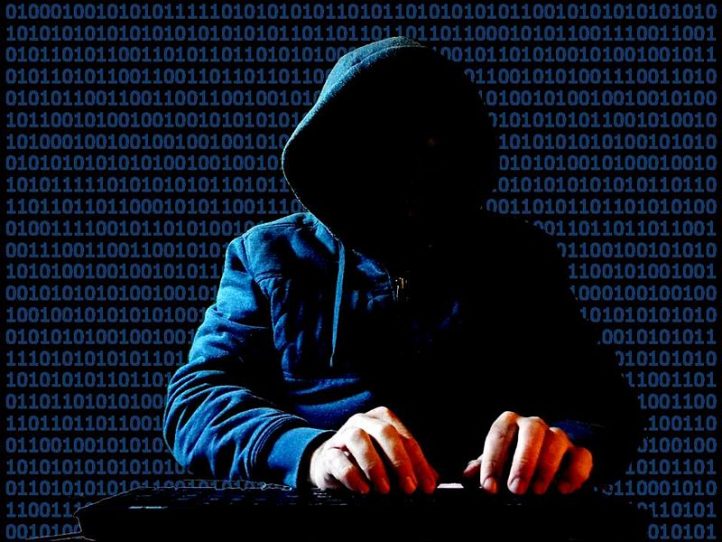 Donald Trump is all about boundaries. At a personal level, he doesn’t like touching strangers for fear of infection. Politically, he makes no long-lasting close alliances. And geopolitically, he obsesses over strong borders: big walls, more stringent immigration requirements, tariffs on foreign imports.

But Trump is nothing if not a walking contradiction. For a guy who shies away from shaking hands with strangers, he has no problem putting his hands all over women who recoil from his touch. And for someone who talks so much about keeping America safe, he has undermined many of the traditional mechanisms that have protected the country from foreign interference.

So, for instance, while the president diverts money from the Pentagon to block people coming from the south to do jobs Americans don’t want to do, he is simultaneously ignoring the Russian trolls and hackers who have targeted the U.S. electoral system. Meanwhile, Trump gutted the government infrastructure for dealing with pandemics, leaving the United States especially vulnerable during the current coronavirus outbreak.

Then there’s the increased economic and environmental vulnerability. The Trump administration’s deregulation of the extraction industry in particular has benefited multinational corporations that have swept in to gobble up windfalls from the federal government. And the administration’s cavalier approach to corruption has meant that foreigners have waltzed into Washington to peddle influence more effectively than they ever did in the pre-Trump swamp.

Forget about tight borders, sovereign rights, and America first. That rhetoric only applies to the poor people who are willing to risk their lives crossing the border to build our houses, mow our lawns, and pick tomatoes for our salads.

In reality, the Trump administration is selling out America every chance it gets.

No one relishes telling Donald Trump something he doesn’t want to hear. He flies into a fury. He abuses the messenger. And the bearers of bad news usually get nothing in return for their candor except a one-way ticket out of the administration.

That’s what happened to Joseph McGuire, the acting director of national intelligence, when he briefed Trump about Russia’s continued efforts to interfere in U.S. elections. The next day, McGuire was out on his ear. His replacement, the ambassador to Germany Richard Grenell, is not only supremely unqualified for the job but basically served as Russia’s manservant in Europe by promoting the interests of Euroskeptics and far right-wing parties.

Trump doesn’t want to hear about Russian interference. He believes that such “fake news” somehow delegitimizes his 2016 electoral victory. The story of Russian interference is so distressing to Trump that he will go to any length to support the rival story that Ukraine interfered in the elections on behalf of the Democrats, a narrative without a shred of supporting evidence.

The administration moved quickly to call into question the latest intelligence assessment. National Security Advisor Robert O’Brien dismissed the charges that the Russians were interfering on behalf of Trump and suggested instead that they were backing Bernie Sanders. The president’s attack dogs have argued that Adam Schiff (D-CA), who led the impeachment inquiry in the House and chairs the House Intelligence Committee, is the real Russian asset because he has consistently raised the alarm about Russian interference (logic is not the forte of the president’s defenders).

Whether the Russians are actively working to reelect Trump or are simply pursuing their core objective of sowing discord in the U.S. election is largely immaterial. Let the intelligence community debate the finer nuances of this question.

The real issue is that the Trump administration is not doing anything to block Russian interference. “The current administration has gone from neglect to denying the problem exists at all,” cybersecurity expert John Pescatore recently told The Washington Post.

Last year, scholars at Stanford University produced a report with dozens of suggestions on how to protect the integrity of U.S. elections. As The New York Times editorialized in July:

Some three years after Vladimir Putin’s government planted trolls and bots on social media sites to propagandize for Donald Trump, hacked into the emails of officials on Hillary Clinton’s campaign and probed election infrastructure for vulnerabilities, the president’s team has not pursued a single one of them. Senate Majority Leader Mitch McConnell (R-Ky.) continues to block even the consideration of stand-alone legislation that would bolster election security.

That huge wall along the border with Mexico? Talk about the wrong policy in the wrong place at the wrong time. The Russians are laughing all the way to the elections.

You’d think that a germophobe like Trump would do everything he could to keep infectious diseases out of the United States. What applies to Trump’s body, however, doesn’t apply to the body politic.

“Funding will also dry up this year for a tiered epidemic response within the US,” reports Julian Borger in The Guardian. “The system was set up in the aftermath of the Ebola scare, and involved identifying patients infected by ‘special pathogens’ in frontline hospitals and their transfer up a chain of specially equipped regional hospitals where they could be safely treated.”

Under Trump, the United States has contracted a peculiar auto-immune disease. The government is attacking its own ability to fend off disease.

“The government has intentionally rendered itself incapable,” writes Laurie Garrett in a devastating piece in Foreign Policy about the Trump administration’s self-defeating approach to pandemics. “The Trump administration fired the government’s entire pandemic response chain of command, including the White House management infrastructure. In numerous phone calls and emails with key agencies across the U.S. government, the only consistent response I encountered was distressed confusion.”

Distressed confusion – that about sums up the Trump administration’s approach to just about every global problem. By removing knowledgeable people from the top ranks of government, the administration has thrown open the country to every invasive species known to politics: charlatans, incompetents, and just plain idiots.

Trump promised to go into overdrive to dig up coal, pump up oil, and frack shale for natural gas. He has invited the extraction industry onto federal lands to dig up whatever they want. He has gutted the environmental regulations that at least attempted to keep the damage to a minimum.

Okay, you might say: it’s stupid to soil our own nest but at least we’re doing it to ourselves.

But that’s not the case. Consider the case of valuable minerals. The Trump administration has made it much easier for corporations to mine uranium, gold, and other resources on public lands. As a recent Center for American Progress report points out, the vast majority of uranium-mining concerns are foreign while the majority of gold producers are also foreign.

Even nationalists should be up in arms about this pillage of America’s birthright.

Then there’s the swamp that Trump promised to drain. In fact, he has invited all manner of lobbyists and corporate influence peddlers to ply their trade in DC. Many of these swamp dwellers come from overseas.

Trump’s own organization has sought out business with such countries as Indonesia and China, obviously trading on Trump’s name and status and raising obvious conflicts of interest. Or consider the corruption that permeates Jared Kushner’s family business, which has also had dealings with China and Qatar, despite Kushner’s prominent foreign policy role. And some of the corruption benefits Trump’s cronies, for instance when a Japanese casino provides a license for Trump donor Sheldon Adelson or Transportation Secretary Elaine Chao helps drum up more Chinese business for her shipping magnate of a father.

Whether it’s Russian hackers, deadly viruses, or unscrupulous investors, the Trump administration has made it much easier for some foreign agents to destabilize the United States – politically, economically, and epidemiologically. Let’s face it: hard-working Mexicans and Muslims have made this country great. It’s time to focus U.S. energies on safeguarding the country from the real threats, the ones that Donald Trump either ignores or considers his best friends.