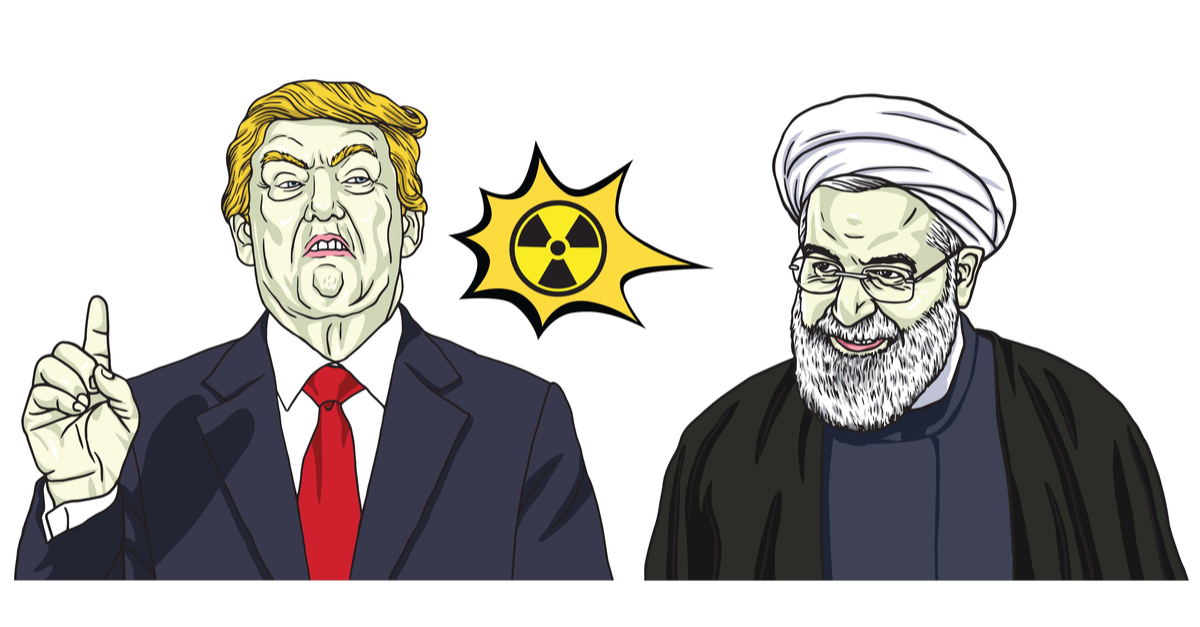 Make No Mistake: Trump Is Paving the Way for War with Iran

The decision to violate and withdraw from the Iran anti-nuclear deal is one of the most dangerous foreign policy blunders in recent memory.
By William Hartung | May 9, 2018

President Trump’s decision to violate and withdraw from the Iran anti-nuclear deal is one of the most dangerous foreign policy blunders in recent memory, setting the stage for a war that one analyst has noted could “make the Afghan and Iraqi conflicts look like a walk in the park.”

The decision to go back on a U.S. commitment to a deal that even U.S. Central Command chief Gen. Joseph Votel and Secretary of Defense James Mattis have acknowledged was working is the ultimate unforced error, and the potential consequences could not be more dire. Donald Trump is crowing about keeping his promise to scuttle the deal, but this is one promise that should never have been made.

The results of yesterday’s decision could include a greater chance that Iran will decide to acquire a nuclear weapon, along with a real possibility that uber-hawks like John “Bomb Iran” Bolton and Secretary of State Mike Pompeo will use it as a stepping stone towards war, if not now then sometime in the near future. The claims of Bolton and his allies in and out of government that tough talk or support for poorly organized and widely unpopular opponents of the Iranian regime like the Mujahedeen Khalq (MEK) will be enough to drive the current government from power are a fantasy.

For President Trump’s closest advisors, the true choice is diplomacy or war. And unlike the fiasco in Iraq, when the Bush administration managed to bring a few allies along for the ride, in a war against Iran the U.S. would be going it alone. A war with Iran is not likely to play well with the American public at large or even with Trump’s base, the majority of whom believed him when he said he wouldn’t repeat the mistake of launching yet another Mideast war.

Donald Trump’s claims that he is open to negotiating a “better deal” down the road ring hollow considering the effectiveness of the deal he has just thrown away. The Iran deal was working. The product of painstaking negotiations among Iran, the U.S., France, Germany, the United Kingdom, Russia, and China, the Iran anti-nuclear deal reduced that nation’s stockpile of highly enriched uranium by 98 percent, destroyed a major plutonium production facility, and subjected that nation’s nuclear program to rigorous inspections.

By eliminating bomb-making materials and keeping Iran from developing new ones without being detected, the deal blocked any pathway to a nuclear weapon that Iran would otherwise have had. By contrast, the Trump administration has no viable diplomatic plan, and certainly not one that can bring other nations on board.

It remains to be seen whether the other parties to the deal can salvage it in some form in the wake of Trump’s withdrawal. But one thing is clear: it is the United States, not Iran, that has decided to trash the deal, over the strong objections of its European allies.

The chances of “success” in a Trump administration military strike on Iran — whether “success” means ending its nuclear program or provoking a change to a U.S.-friendly regime — are close to zero. A U.S. attack will likely encourage Iran to resume and accelerate its nuclear weapons program. And regime change could require a massive bombing campaign or perhaps even a ground invasion. And keep in mind that this is all coming from a president who has repeatedly called the equally ill-advised U.S. invasion of Iraq a “disaster.”

The imperative now is to head off any Trump administration efforts to prepare the ground for war against Iran and to remind the American public that reneging on the Iran deal is a reckless and unnecessary move that undermines the best chance of ensuring a nuclear-free Iran. The administration should be made to pay a high political price for this deeply counterproductive decision.

William D. Hartung is the director of the Arms and Security Project at the Center for International Policy and the author of Prophets of War: Lockheed Martin and the Making of the Military-Industrial Complex.