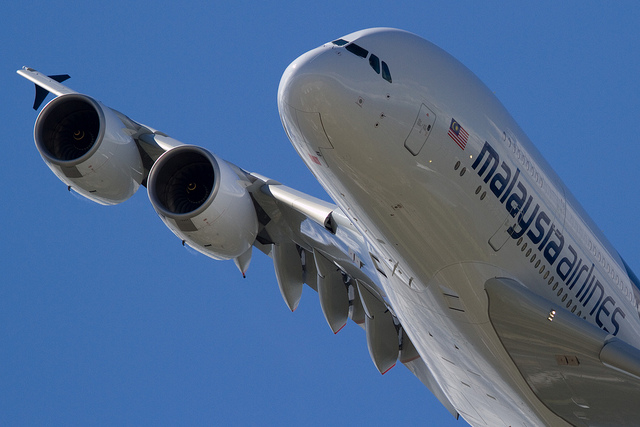 Malaysia Regains Its Footing Amid Intensifying Hostilities in Ukraine

The blame game has already begun over the Malaysian airliner that appears to have been downed by pro-Russian separatists in Ukraine.

Both the West and Ukraine insist that Russian President Vladimir Putin must be held accountable for the tragedy. Some, like U.S. Senator John McCain, are calling for the United States to respond more forcefully against Russia by increasing sanctions and providing more arms to the Ukrainians.

Putin, on the other hand, said in a televised statement that Ukraine bears sole responsibility for the disaster because it “renewed hostilities” in the troubled region.

Amidst all the finger pointing and chaos, one country has remained relatively quiet: Malaysia. According to the New York Times, Malaysian Defense Minister Hishammuddin Hussein was reluctant to single out Russia for blame, saying, “We need verification on that.”

No one could have predicted that the small Southeast Asian country would find itself entangled in the dispute between Ukraine and Russia. But judging by its response to this latest tragedy, Malaysia seems to have learned valuable lessons on crisis management from the disappearance of Malaysia Airlines Flight 370 earlier this year, which sparked a media firestorm.

Both airline and government officials faced heavy criticism for their slow and disorganized response to Flight 370’s disappearance. It took Malaysia Airlines nearly five hours to inform the public that the jet had disappeared, and nine hours had passed before an official search-and-rescue effort began. The subsequent investigation was rife with confusion, with statements from the airline and the Malaysian government frequently contradicting each other.

Malaysia’s response to the Flight 17 disaster has been calmer, more confident, and more authoritative.

From the start, Malaysia has called for an independent investigation into the incident. It has also pressured the United States and Russia to exert their influence to ensure that investigators have access to the crash site, which has been impeded by Ukrainian separatists. Constant updates on the investigation have been posted on the prime minister’s and minister of transportation’s Twitter accounts.

The Malaysian government has been adamant that the plane’s two black boxes should be handed over to Malaysian authorities. In a July 21statement, Prime Minister Najib Razak announced that he had established contact with Donetsk separatist leader Alexander Borodai, with the two agreeing on the return of the black boxes to Malaysia, the safe access to the crash site for international investigators, and the recovery of the bodies. Twelve hours later, the rebels handed over the flight recorders to Malaysian authorities. A train filled with the bodies of the victims also left Donetsk and made its way to Kharkiv, a territory controlled by the Ukrainian government.

Though the downing of Flight 17 is a senseless tragedy, it is also an opportunity for Malaysia to correct the mistakes it made after Flight 370’s disappearance in March. As long as it continues to assume an active role in the investigation, Malaysia can rebuild its damaged reputation—and maybe even spur negotiations to get an increasingly dangerous eastern Ukraine under control.