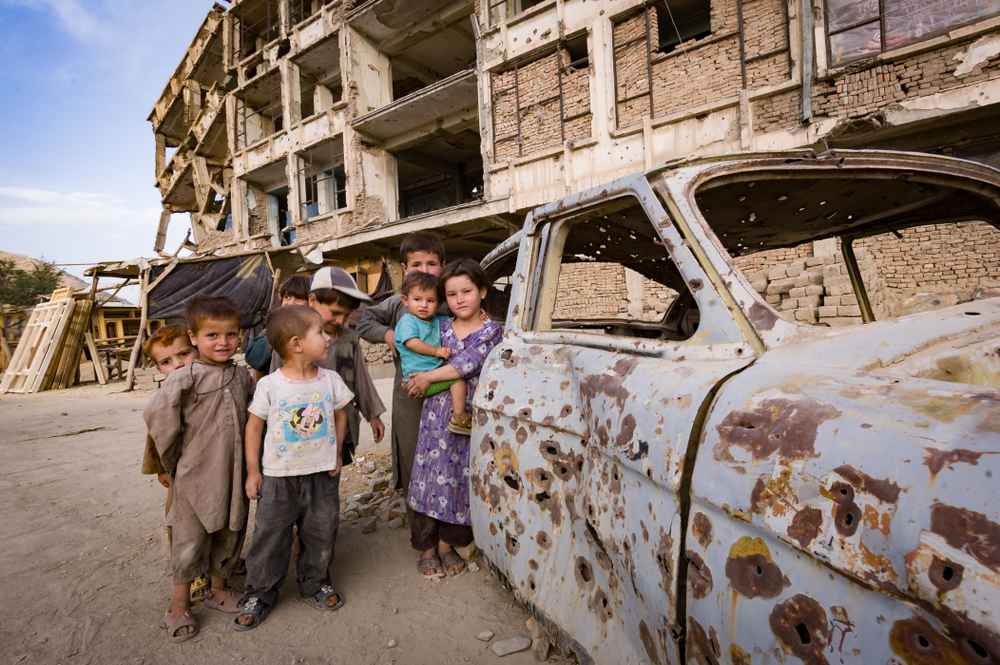 Mass Killings In Afghanistan Are Acts of White Supremacy

Like racist mass murders at home, drone attacks killing dozens of civilians at a time are only possible because of a culture of dehumanization.
By Charles Davis | September 24, 2019

An American white nationalist killed over 30 people recently. The victims, all brown, had full lives; children, loved ones, and years, full of plans, ahead of them. But then they were incinerated. Worst of all, they were murdered while Afghan.

The deaths were noted in the press, and one Democrat running for president even acknowledged their passing. But this was foreign blood that spilled, and that does not lead on cable news — not in an era where every other day brings a revelation about the U.S. president, who bears ultimate responsibility for this killing, doing a touch of high crimes.

There will be no vigils, not this time around. Humans are limited enough in their capacity to sympathize; add thousands of miles, in the context of nearly 20 years of occupation and rarely an encouraging headline, and bad things happening to strangers will hardly register, even when the taxes we hate paid for their deaths.

To be sure, there is a difference between a mass shooter in El Paso, Texas, who killed with racist intent, and the anonymous operator of a U.S. drone, who killed by mistake, and on another’s orders — a distinction, however real, that will not be perceived by the dead.

But white supremacy does not escape all blame for the September 18 killing.

The strike killed at least 30 civilians and wounded 40 others, all “resting after a day’s labor in the fields,” per a report on the massacre. “Some of us managed to escape,” said Jama Gul, who was collecting pine nuts. “But many were killed.”

Mistakes happen, but they seem to happen more often, with far more lethal consequences, to those living under the watch of U.S. air power.

Statistics bear this out: the United Nations counted at least 363 people killed in the first half of this year by U.S.-led airstrikes. The majority of civilians who are violently killed in Afghanistan are now violently killed by the U.S. and its partners — and that’s not for a lack of competition, with the Taliban answering record-high airstrikes with atrocity after atrocity of their own.

This is happening more often because Donald Trump, a racist, does not care if Afghans die, having lifted inadequate Obama-era restrictions meant to protect, however inadequately, foreign civilians from U.S. incineration. Trump maintains he would prefer not to kill millions of them, while repeatedly stressing that he could “wipe the country off the face of the earth” in just “10 days,” he’s said.

Mass murder is not something one casually ponders, if the threatened are considered to be fully human; it’s an exercise in sociopathy, by a president who saw good people among the Nazis in Charlottesville but can’t see the humanity in millions of foreigners he could kill on a whim, barring intransigence by one last aide with a conscience.

By contrast, Bernie Sanders, the social democrat from Vermont running to replace Trump, acknowledged the dead in Nangarhar province just as he had in the state of Texas.

“A U.S. airstrike was intended for ISIS, but killed 30 Afghan civilians,” the Democratic contender remarked. “ISIS did not even exist when America invaded Afghanistan 18 years ago,” he continued. “We need to end our longest war and bring our troops home.”

No one else running for president immediately weighed in. Most of them do sound the same tune when Afghanistan comes up, however. Elizabeth Warren, another social democrat, “will bring our troops home from Afghanistan starting immediately,” her campaign says, a pledge she reiterated at the last Democratic debate. Even the centrist Joe Biden says it’s time to get out.

But while liberals have drifted left in terms of questioning America’s role in Afghanistan, particularly in the wake of a surge that the Trump White House could hardly work up the energy to sell, there is good reason to be skeptical that a Democratic president would “end the war.”

Biden, after all, promised to get out the last time he ran for president, with Obama. And while the Democrats running are not white nationalists in Trump’s mold, all believe in some form of “American Security First,” consequently tolerating a certain amount of innocent death that accompanies almost any military action against a non-state, ever-changing but never-extinguished threat.

Every politician who would like to be president supports bombing the hell out of Islamic extremists, in part because no space has been created for a national figure to embrace an alternative. Even the antiwar critique, as perverted by the likes of Hawaii Congresswoman Tulsi Gabbard, is that other conflicts the U.S. is said to wage — like a regime-change operation in Syria that doesn’t actually exist, and in fact never did  — distract from this all-important war on terror, mirroring the old liberal critique that Iraq distracted from Afghanistan (which has yet to benefit from our focus).

Sanders, likewise, says he’s always “supported U.S. airstrikes against ISIS,” believing they do not require any additional congressional authorization. When he introduced a resolution seeking to end U.S.-support for the Saudi war in Yemen, he included an explicit loophole for the U.S.’s own airstrikes “directed at al-Qaeda or associated forces.”

That may reflect the art of the possible, in the U.S. Senate and U.S. politics as a whole — good luck to the candidate who would be so brave as to say they would not strike what their intelligence briefers insist is a foreign terror cell, be it in Yemen, Afghanistan, Somalia, Iraq, or Syria. But those who wish that were not so — that our better politicians were as wrecked by the horror of killing innocents abroad as they would be at home — should be aware that it is our reality, not just for the purposes of tempering expectations, but for amending our tactics.

“Bring the troops home,” is now a co-opted slogan. In the 21st century, we must not forget about our drones and the need to cater our demands to those of our victims. It’s not boots on the ground racking up kills in today’s American conflicts, but the air power that few have the courage to acknowledge, and fewer still would bring to an end.

Charles Davis
Charles Davis is a journalist in Los Angeles who writes for publications such as The Guardian, The Daily Beast, and Columbia Journalism Review.