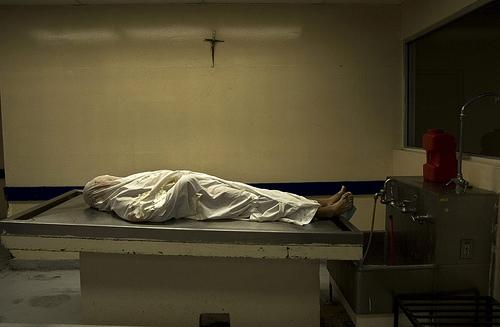 Mexico: Pact with the Devil?

Will the next Mexican leader make a pact with drug traffickers?
By Patrick Corcoran | November 24, 2010 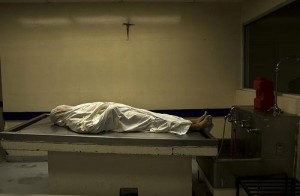 Mexican President Felipe Calderón can point to a significant catalog of accomplishments under his watch, from a handful of key legislative reforms to his government’s praiseworthy response to the swine flu epidemic in 2009.

Far better known to most Americans, however, are his battles with organized crime and the unfortunate consequences: high-profile kidnappings, decapitated heads, disappeared reporters, the dystopian descent of Juárez. All told, some 30,000 have been killed in murders linked to organized crime since Calderón took office in December 2006.

With that unsettling backdrop, calls for a dramatic change are no surprise. But after taking the oath of office on December 1, 2012, will Calderón’s successor continue his aggressive policy, or will the next president seek to lower violence through an accommodation with the gangs, implementing what Mexican commentators refer to as “el pacto”?

When arguing for a pact, Mexican commentators generally advocate one of two very different sorts of “agreements”. The first is a tacit understanding between the narcotraffickers and the government of what will be and will not be tolerated. Spelled out by, among others, former foreign minister Jorge Castañeda, such an agreement would establish an informal, but stable, set of rules regarding government crime policy, to which criminal groups would then adapt their operations. This is not fundamentally different from the various mutual understandings guiding interaction between criminals and authorities in the United States.

The second option, an explicit pact, is something altogether different. It would be a formal (though unwritten) agreement between the gangs and the government: the former minimizes the violence, the latter reduces pursuit. Unlike the tacit agreement, the government wouldn’t force the explicit pact onto the gangs. Rather, it would be the product of the two groups negotiating, essentially as equals. Although unseemly, such collusion would not matter to a population that has spent the past several years living in terror.

The possibility that the Mexican government will make a deal with the nation’s criminals is clearly something that worries foreign officials. Drug Enforcement Agency (DEA) intelligence chief Anthony Placido’s testimony before the Senate in 2010 implied that Calderón’s successor would likely be open to a pact with organized crime, saying, “No one knows who will be the next [president] and if he will have the same desire to pursue criminals.” A UN spokesman also speculated in late 2009 that the gangs were escalating the violence in order to pressure the government to negotiate.

Some Mexican figures are doing their part to move the nation toward a pact with the narcos. In a wiretapped conversation, Mauricio Fernández, the mayor of a wealthy Monterrey suburb, referred in some detail to pacts he had worked out with the criminal gang led by the Beltrán Leyva brothers in June 2009, during his election campaign. Manuel Garza, a powerful insider in the conservative National Action Party (PAN), also made headlines recently with his open call for a pact.

A pact between criminals and the government was said to be responsible for the relative calm in the Mexican drug trade for most of the 20th century. While Pablo Escobar was blowing up airplanes and assassinating presidential candidates in Colombia, his Mexican counterparts mostly avoided politics and posed no threat to the Mexican state.

The quintessential emblem of the era of the narco-government pact is Raul Salinas, alleged to be the liaison between his brother Carlos’s government (1988-1994) and major figures in the Mexican underworld. Shortly after Carlos left the presidency, Raul was arrested with hundreds of millions of dollars of unexplained cash in foreign bank accounts.

But despite this history and some signs of elite support, el pacto is not a foregone conclusion.

No Support for a Pact

Although Mexicans aren’t particularly optimistic about the efficacy of Calderón’s approach to crime, they don’t want to replace it with a Faustian bargain with the bad guys. One recent survey from the firm BGC reported that the proportion of Mexicans favoring a policy of confrontation was 88 percent. The August 2010 installment of Pew’s Global Opinions Project revealed that 80 percent of the nation favored the use of the army to combat drug traffickers. Mitofsky, a noted Mexican polling firm, reported similar findings in April 2010, when 74 percent of respondents expressed support for the use of the army.

Given such support for a military approach, many of Calderón’s most likely successors, including Enrique Peña Nieto, a governor whom myriad polls deem the runaway favorite, have not surprisingly indicated that the war on drugs will continue should they win the presidency.

Of course, a president might be more willing to cut against public opinion once in office. But there is another significant reason to be suspicious of the probability and practicality of an enduring pact, which goes well beyond the jockeying for the presidency. If a reduction in violence is the goal, it may well not work.

Arguably the pact was behind the relative peace in the Mexican underworld in the 1980s and 1990s. Even if did have this effect, however, such a pact might not be feasible today. Much has changed in the past generation, not only with regard to the number of killings, but qualitatively as well: the gangs today aren’t mirror images of their predecessors. They don’t just traffic drugs; they extort, they rob banks, and they kidnap. Indeed, the federal government said in September that kidnapping had tripled under Calderón. In 2008, Public Security Secretary Genaro García Luna reported that the number of extortion complaints had gone from 500 in 2002 to more than 50,000 in 2007.

Eliminating or reducing such activities, which victimize the public in a way that drug smuggling does not, would surely be a priority for the government. But there’s no guarantee that the government could convince the gangs to go along. Even if the government promised to let the gangs run drugs unmolested, a sizeable number of criminals might ignore their side of the bargain and keep kidnapping. This would undermine a major justification for the pact.

Moreover, the industry is far more fragmented than it was two decades ago. Previously, two major groups of traffickers, from Sinaloa and Tamaulipas, fought over territory. Today, regional and non-traditional gangs have expanded greatly. Although they are often connected to the major drug trafficking organizations, their allegiances tend to shift with the wind.

Also, in the past blood ties were a very strong element of all the major drug networks. Today, non-familial gangs are more common. Of course, there is nothing inherently more dangerous about a pair of unrelated gunmen than two killers who share a bloodline. But because people are less likely to turn on their kin, the upsurge of mercenary gangs like the Zetas and the Kaibiles make the Mexican atmosphere less stable and therefore less conducive to an enduring pact.

The United States and the Mexican Army

Another main reason to doubt the viability of a pact is the increased role of two significant players: the United States and the Mexican military. Both groups play a far larger role in Mexican security than they did in the 1980s and 1990s. Although the army has long played a role in combating drug traffickers in Mexico, Calderón is relying on the armed forces to an unprecedented degree. The army operates across the nation, and is unquestionably the leading agency on organized crime. In contrast, under previous presidents, the army was typically deployed in a supporting role.

The growing role of the United States is even more striking. The Mérida Initiative, agreed to by Calderón and Bush in October 2007, is the most obvious sign of increased U.S. involvement in Mexico, but the increased cooperation goes beyond the aid agreement. The DEA and the FBI continued their close collaboration with Mexican security agencies under Calderón, providing intelligence that led to the death of Arturo Beltrán Leyva and the explosive corruption investigation known as Operation Clean-up. The U.S. military has tripled the amount of aid given to Mexico under Cálderon. Robert Gates’ visit to Mexico City in 2008 was the first such trip in 12 years by a U.S. secretary of defense and only the second ever.

The Mexican president may be a sovereign leader and the foremost actor in terms of setting policy, but he is not immune to pressure. Should the U.S. government or the Mexican army oppose a pact, either could pose a formidable obstacle to the policy.

How Much Can the Government Do?

It’s not clear how much of the recent spike in violence is directly related to Calderon’s policies, and, consequently, sensitive to future changes in government strategy. In 2009, then-Attorney General Eduardo Medina Mora reported that 90 percent of those killed in drug-related violence since Calderón arrived were criminals, while just 6 percent were government agents. Assuming the statistics are reliable, this seems to suggest that the government, though not a mere bystander, is not the most important actor on the stage.

If the violence is due primarily to factors that are independent of Calderón (such as the militarization of gangs, the feud between Chapo Guzmán and Vicente Carrillo in Juárez, a growing local drug market), then removing the army from the streets and reducing the risk of arrest for the capos—which is basically all the government has as bargaining chips—won’t lead directly to an enduring peace between the warring factions. Instead, the gang leaders would have to decide of their own volition to bury the hatchet.

Unfortunately, recent history suggests that regardless of the government’s posture, the biggest players in the industry are not enthusiastic about submitting to any sort of agreement that would allow some control over their violent conduct. On at least three occasions during the Calderón presidency—in June 2007, in October 2008, and in February 2009—major gang leaders have met with the express goal of settling disputes and returning the industry—and by extension, the nation—to some modicum of safety. In each instance, the pacts failed, and violence has continued to rise.

Public officials are, generally speaking, risk-averse creatures. Anything with the reasonable possibility of bringing about negative (to say nothing of catastrophic) consequences is to be unwaveringly sidestepped. Still, they are subject to pressure from a public that wants to know what the government is doing about the violence. If they are asking themselves that question against a backdrop of a reduced role for the army, anonymous complaints to reporters from military leaders, and rumors of a government-narco pact published in muckraking newsweeklies like Proceso and Ríodoce, then the logical conclusion will be that the people running the nation are corrupt and worthy of scorn. A precipitous loss of support, and quite possibly legitimacy, could follow.

A president with plummeting opinion ratings, unable to carry out his agenda, an electoral burden for his party—all of which is to say a presidency as overwhelmed by crime as Calderón’s is, though for different reasons—is not an unlikely result from a failed pact strategy.

As a result, U.S. drug warriors don’t have to worry about an adversary in the Mexican presidency. There will most certainly be some modifications to Mexican security policy under Calderón’s successor, but these will probably be cosmetic and tangential. The general thrust of the nation’s official policy –aggressive combat of organized crime– will remain close to what it is today.

That, however, should not be confused with good news. The consequences of a presidential capitulation to drug gangs could be dire. But a status quo in which 30,000 Mexicans have died in less than four years, municipal police forces are corrupted en masse, and rampant extortion and kidnapping retard economic growth is nothing to celebrate.

Patrick CorcoranPatrick Corcoran is a contributor to Foreign Policy In Focus, a freelance writer, and a student of international relations at the School of Advanced International Studies at Johns Hopkins. He lived in northern Mexico from 2005-2010, and he blogs daily at Gancho.