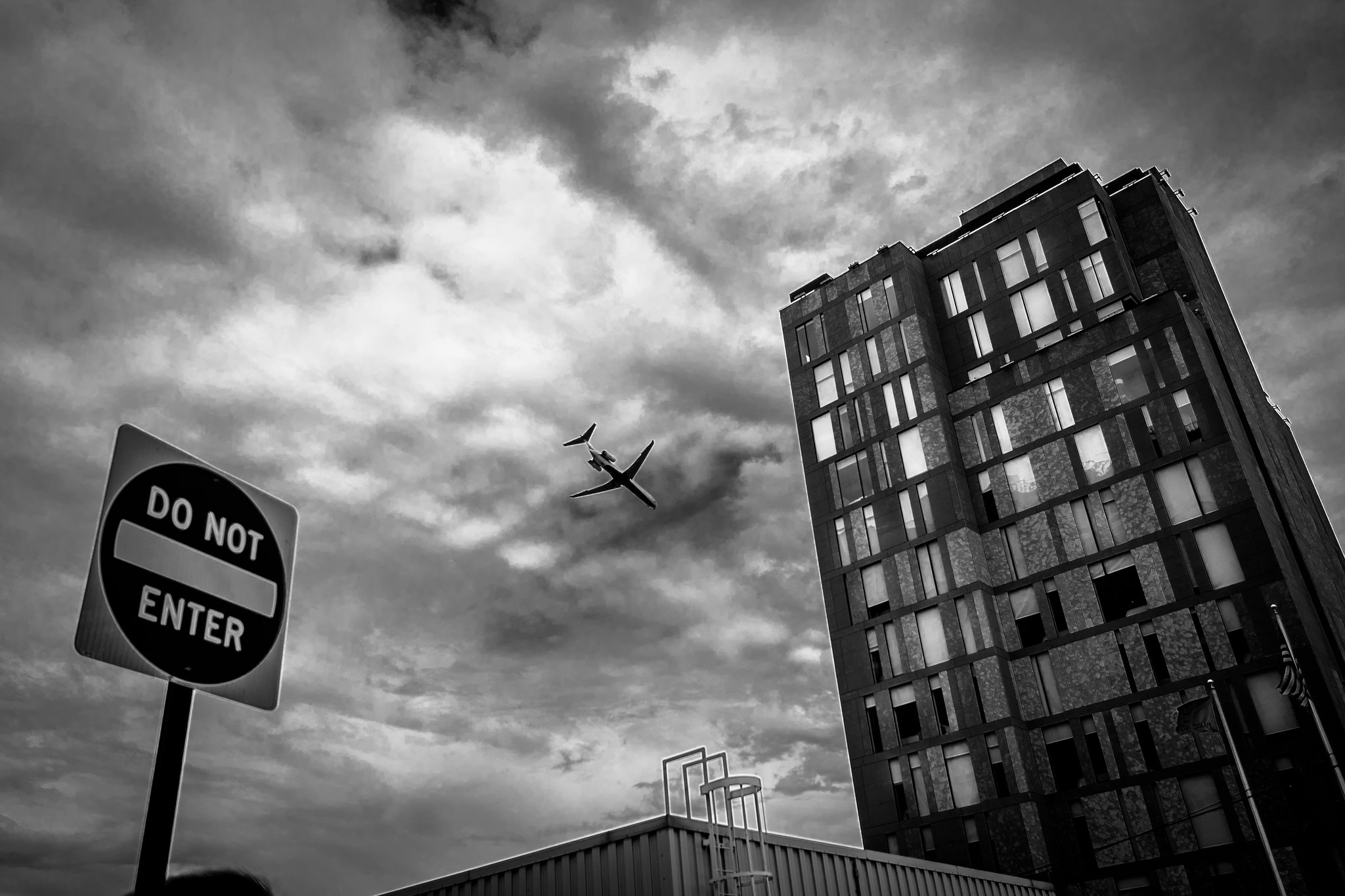 The downing of Malaysia Airlines Flight 17 can serve as a wake-up call to the combatants that, because their actions are resulting in inexcusable civilian casualties, they should negotiate an immediate truce. Or it can lead to the most serious escalation in tensions between Moscow and Washington since 1983.(Photo: EricFoo / Flickr)

The most bizarre conspiracy theory surrounding the recent downing of a Malaysian airliner over Ukraine comes from a leading pro-Russian separatist, Igor Girkin.

Relying on second-hand information, Girkin asserted that many of the passengers from the crash had already been dead before the plane had even taken off. His underlings had reported to him that the bodies were badly decomposed and drained of blood. This, of course, was news to all the families of the victims who’d seen off their loved ones at the airport in Amsterdam.

The separatists have denied responsibility for shooting down the plane and have pinned the crime instead on the Ukrainian government. Until recently, the rebels restricted access to the crash scene and the bodies, which gave them ample opportunities to tamper with the evidence—such as sawing the cockpit in half and lugging away pieces of the plane. Now that the bodies are in the hands of outside investigators, presumably the rebels have moved on to more plausible exculpatory explanations.

The United States, meanwhile, argues that it has conclusive proof that the rebels not only shot down the plane but also gloated over their success on social media (before deleting the posts). Moreover, Washington argues that Moscow is ultimately responsible for the disaster because it gave the separatists the surface-to-air missile system in the first place.

Russia denies delivery of the Buk missile system and has claimed that a Ukrainian fighter jet was near the civilian airplane shortly before it was hit. The problem with the latter claim is that the fighter jet that Moscow asserts was trailing Malaysian Airlines Flight 17—a Ukrainian SU-25—couldn’t actually reach that particular altitude and doesn’t have the weaponry onboard capable of taking down a plane 10,000 feet further above.

The Ukrainian government has denied having any missile batteries within firing range of the flight that day. But, strangely, Ukraine didn’t completely shut down the airspace over the disputed territory and direct traffic to safer routes. It was permitting overflights above 32,000 feet, and Malaysian Airlines Flight 17 was cruising at an altitude of 33,000.

Moreover, as Russ Wellen points out in the FPIF blog Focal Points, the Ukrainian government knew that the rebels possessed the capacity to bring down planes that high up, and yet Ukrainian air traffic controllers rejected a request from MH17 to fly 2,000 feet higher. Was the government in Kiev guilty of poor judgment, or was some darker motive at play?

Unless a plane completely disappears—a truly unlikely scenario until it happened to another Malaysian airliner back in March—it’s usually possible to get to the bottom of air disasters with the help of black box recordings, satellite data, and the scraps of wreckage. But it takes time to sift through the evidence. And during that time, all manner of wild speculation can take place.

Sometimes that speculation is idle and produces only flame wars on the Internet. But sometimes it can lead to a very dangerous escalation in tensions between armed combatants.

I was returning to college in 1983 when news broke that the Soviet Union had shot down Korean passenger jet KAL 007, killing all 269 people on board. For a couple days in early September, the campus worried that this tragic incident would spark something even worse: a nuclear war between the United States and the Soviet Union. President Ronald Reagan had been rapidly escalating his anti-Soviet rhetoric. Soviet Premier Yuri Andropov, directing Soviet policy from his hospital bed by that point, was firmly convinced that Reagan was planning a first nuclear strike. Indeed, a false alarm later that September—Soviet satellite sensors had mistaken high-altitude clouds for incoming nuclear missiles—nearly triggered a Soviet launch. Only a single quick-thinking lieutenant colonel in Soviet military intelligence saved the world from nuclear annihilation.

There were plenty of rumors back in 1983 about KAL 007. The jet had veered more than 200 miles off course to enter Soviet airspace, so perhaps it was gathering intelligence for the CIA or testing Soviet air defenses. Or maybe the Soviets deliberately downed the airliner knowing that it was a civilian craft. You can still find conspiracy theories on the Internet claiming that the airplane was never shot down in the first place and the Soviets had taken all the passengers into custody (obviously some people have watched too many Lost episodes).

After a number of exhaustive investigations, including an analysis of the black box recordings, the shooting down of KAL 007 turns out to have been the result of error, misinterpretation, and incompetence.

Five years later, it was the United States’ turn to engage in criminal negligence when the U.S.S. Vincennes shot down Iran Air Flight 655 in the Persian Gulf, killing all 290 people on board. The Iranian government used language very similar to Reagan’s in 1983, calling the attack a “massacre” and an “atrocity.” The United States denied that the attack was deliberate. It eventually paid reparations to Iran and expressed regret for the incident, though it did not issue a formal apology. Here, too, it appears that errors of judgment determined the tragic outcome. The evidence that the Iranian plane was civilian should have been clear to the U.S. warship, but the chain of command was apparently so convinced that it was dealing with a military target that it ignored all contrary indicators.

In this case, however, the Airbus disaster didn’t escalate the war between Iran and Iraq (in which the United States had intervened on the side of the latter). Within two weeks of the downing of the plane, Iran signed a UN ceasefire. The eight-year struggle was over within the next two months.

The downing of Malaysia Airlines Flight 17 can produce either of these results. It can serve as a wake-up call to the combatants that, because their actions are resulting in inexcusable civilian casualties, they should negotiate an immediate truce. Or it can lead to the most serious escalation in tensions between Moscow and Washington since 1983.

Back in the early 1980s, the United States was convinced that the Soviet Union was fomenting instability in an “arc of crisis” that stretched from the Horn of Africa to South Asia. Moscow, or so Washington asserted, was bent on seizing a warm-water port, securing access to Middle East oil, and picking up allies in its Cold War competition with the United States.

It was yet another example of Washington overestimating Moscow. Certainly the Soviet Union wanted the region along its vast borders to be friendly. But there was no secret plan for Eurasian dominance. The Soviet Union was acting more out of weakness than strength when it invaded Afghanistan in 1979. Its rash intervention was not the beginning of a neo-imperial surge to the south, but the beginning of the end for the overextended Soviet Union.

Vladimir Putin’s seizure of Crimea and involvement in eastern Ukraine—taken alongside Russia’s encouragement of separatists in Georgia and Moldova and its support for Assad in Syria—might look like a sequel to the arc of crisis. And indeed some on the right are dusting off some of the language from this period. But Putin’s ambitions are circumscribed. He is not interested in reconstituting the Soviet Union, much less the former Soviet sphere of influence incorporating Eastern Europe and client states elsewhere in the world.

At most, Putin wants to recreate a greater Russia, which involves some swathes of the “near abroad.” But even that plan has its limits. Latvia and Estonia, where there are large numbers of ethnic Russians, are both firmly in the EU and NATO. Kazakhstan, home to the second largest number of Russians outside of Russia, has already proposed new laws criminalizing separatist rhetoric. And given the sheer incompetence of his Donbas allies, Ukraine may well turn into Putin’s Afghanistan.

What Putin has done so far in Ukraine is inexcusable. But it’s not part of a plan for global or even regional domination.

All of which is to say that the United States should not overreact to the downing of Malaysia Airlines Flight 17. This should be an opportunity for Washington and Moscow to work together on investigating the tragedy, which Putin has agreed to do. This is a chance for the combatants to lay down their arms, which Putin has also urged.

Yes, sometimes Moscow’s words and deeds do not match, but Washington suffers from flare-ups of the same disease. Before this war in Ukraine claims more victims and sends U.S.-Russian relations into a deep freeze, both Obama and Putin need to realize that both sides benefit a great deal more from cooperation than confrontation.

A full reset in U.S.-Russian relations is obviously not in the offing. But returning to the status quo ante that existed before the change of government in Ukraine would at least prevent a replay of those perilous scenarios of 1983.