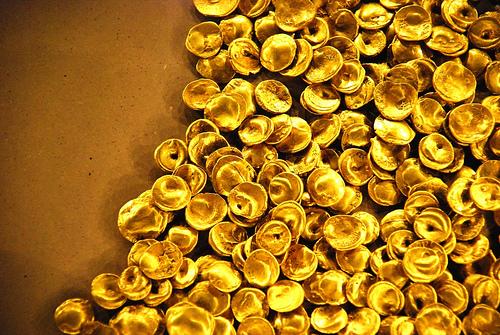 An international tribunal gives the green light to a lawsuit brought by two companies attempting to overcome strong public and government resistance to their destructive gold mining.
By Manuel Perez-Rocha | August 11, 2010 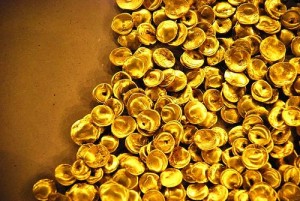 Earlier this year, I had the opportunity to travel to Cabañas, El Salvador, to meet with some of the bravest and most successful environmental activists in the world. Ordinary villagers in this remote area of the country have joined with religious groups, research centers, and others to take on the powerful international mining companies that are seeking to plunder their country’s gold. So far, the activists have been winning this David-vs.-Goliath fight. Two successive Salvadoran governments have denied permits for gold mining on environmental and human health grounds.

Last week, however, these activists suffered a setback — not from their own government, but from an obscure tribunal in Washington, DC. Two transnational mining companies have used rules in the “free trade” agreement between the United States and six countries in the region to sue the government of El Salvador. They are demanding hundreds of millions of dollars in compensation for the denial of mining permits. The first company to file suit, Pacific Rim, has just won the first stage of the proceedings by overcoming the Salvadoran government’s effort to get the case thrown out on jurisdictional grounds.

The tribunal’s decision to give the green light to this controversial case should send shudders down the spines of advocates for the environment, community rights, and democracy. The type of investment rules employed by Pacific Rim to mine for gold in international tribunals are contained in thousands of bilateral investment treaties around the world and more than a dozen existing and pending U.S. trade agreements. What’s happening to El Salvador could happen almost anywhere, despite the struggles of activists to defend their environmental rights.

The Struggle for Resource Rights in El Salvador

The National Roundtable on Metallic Mining of El Salvador (La Mesa) is a broad group of community organizations, human rights NGOs, church groups, and research centers that have been working courageously — several of their members have been murdered, and many have received death threats — to prevent gold extraction in El Salvador. Among other environmental impacts, this gold mining would pollute the already-scarce water basins with cyanide. The European Parliament recently banned this activity.

Last year, La Mesa succeeded in persuading the Salvadoran government to halt gold extraction by denying permits to the Canadian-based Pacific Rim and the U.S.-based Commerce Group and Sebastian Gold Mines (Commerce Group). The activists bolstered their case with studies that demonstrate the lack of satisfactory environmental impact assessments, in the case of Pacific Rim, and the already poor environmental record of Commerce Group.

After being denied the permits, the companies took their quest for gold to Washington. Both are suing El Salvador at the World Bank’s International Center for Settlement of Investment Disputes (ICSID). They are demanding $100 million each in damages under the investment chapter in the Central America–Dominican Republic–United States Free Trade Agreement (CAFTA-DR), a treaty that went into effect in 2005 with seven signatories, including El Salvador.

First Round to Pacific Rim

The ruling of the ICSID tribunal last week was in response to the Salvadoran government’s arguments, presented in January 2010, which invoked the CAFTA-DR rule that permits “a preliminary objection to investors’ claims to protect governments from frivolous, but costly, trade pact investor suits.”

The undemocratically appointed ICSID tribunal rejected these arguments. On August 3, Pacific Rim President and CEO Tom Shrake expressed optimism that the ruling may prompt the Salvadoran government to change its mind about the permits. “It is a positive and crucial step in the CAFTA process for PacRim,” Shrake said. “We are, however, reticent to celebrate, as we believe a more productive outcome is possible for both the Salvadoran people and foreign investors. With this phase of the arbitration now completed, we hope to resume a mutually beneficial dialogue with the government of El Salvador to resolve the impasse.” Pacific Rim clearly wants to go for the gold and not just for compensation from “damages” from the legal suit.

One Salvadoran group responded, however, that “the tribunal’s decision does not mean that Pacific Rim is necessarily any closer to securing mining permits — only that their ICSID claims will live to see another day.”

Indeed, the Salvadoran government is continuing to fight the suit. On August 3, the government questioned Pacific Rim’s standing to bring claims under CAFTA-DR, since it’s not even a U.S. company. Based in Vancouver, Canada, the company created a U.S. subsidiary in order to take advantage of the investor rights under the U.S. trade agreement. Governments are supposed to have the authority to deny the benefits of such agreements to a foreign investor that does not have “substantial business activities” in a country that is a party to the agreement. The Salvadoran government also claims that Pacific Rim changed its nationality years after the legal dispute arose, so it can’t invoke the free trade agreement regarding a pre-existing dispute.

Following Pacific Rim’s lead, U.S. company Commerce Group presented a notice of intent to file a similar case against El Salvador in March 2009, and an ICSID tribunal was formed on July 1, 2010.

Commerce Group is notorious for alleged environmental violations related to gold and silver mining projects that it operated in the past in different localities in El Salvador. Several Salvadoran organizations have repeatedly denounced the company and demanded that the country’s attorney general investigate charges that Commerce Group has polluted the San Sebastían River, harming the people of the locality of Santa Rosa de Lima. One environmental study indicated the presence of metals like aluminum, zinc, iron, manganese, and nickel demonstrating the “presence of acidic drainage provoked by Commerce Group, which affects mainly children and women.” According to the study, “60 percent of the population experiences symptoms of weakness, fatigue, lack of appetite, nausea, yellowed skin, rashes and mental confusion.”

Impact on the U.S. Trade Debate

According to U.S.-based Public Citizen, the recent Pacific Rim ruling is so controversial that it could help fuel demands for reforms of international investment rules, not only in CAFTA-DR but also other U.S. trade agreements.

As a senator and on the presidential campaign trail, Barack Obama was critical of the existing trade and investment model. Obama opposed the CAFTA-DR because it “does little to address enforcement of basic environmental standards in the Central American countries and the Dominican Republic.” In 2008, during his campaign, Obama committed to making changes in investment rules, responding to a questionnaire on trade policy saying that “with regards to provisions in several FTAs that give foreign investors the right to sue governments directly in foreign tribunals, I will ensure that foreign investor rights are strictly limited and will fully exempt any law or regulation written to protect public safety or promote the public interest.”

However, the Obama White House is now pushing for congressional approval of several trade agreements negotiated by the Bush administration that contain investment rules nearly identical to those in CAFTA-DR.

The gold mining cases against El Salvador should help reveal the dangers of investment rules that elevate the narrow interests of private foreign investors above those of the general public and the environment. Civil society organizations and policymakers around the world are exploring alternative approaches that would promote a more equitable balance between corporate interests and the broader public interest.

As La Mesa’s Vidalina Morales has put it: “Pacific Rim has assailed our country, breaching environmental requirements, undermining laws, provoking environmental damage, economic losses, social conflict and corruption, and it should be judged for that. But the roles have been inverted, and it is the company that sues the country and the perpetrator who sues the victim.” As a result, El Salvador, one of the poorest countries in the hemisphere, must spend millions of dollars defending against two expensive lawsuits in Washington, money that otherwise could have gone toward poverty alleviation. This terrible irony makes a change in those investment rules imperative.

Manuel Pérez-Rocha is an associate fellow of the Global Economy project at the Institute for Policy Studies.