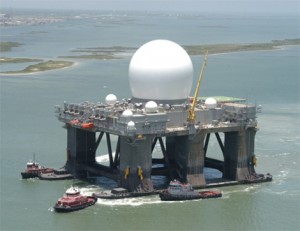 Russia has long been suspicious of United States and NATO missile defense installations in Europe. In what amounts to a tacit admission of how limited missile defense is, the United States insists it is disingenuous for Russians to think the systems are targeted against them. Missile defense doesn’t stand a chance against Russia’s large arsenal; it is intended for a starter nuclear-weapons program like the United States thought Iran was developing at one time. The United States, however, overlooks and chooses to ignore, the awe in which Russia holds the its ability to develop and perfect technology.

At The Hill, Greg Thielmann writes:

Given the technical inability of Europe-based EPAA interceptors to engage Russian strategic forces, Moscow’s accusations seem either insincere or paranoid. But as explained by Andrey Kortunov, director general of the Russian International Affairs Council, NATO continuing to work on Aegis missile defenses makes it appear to Moscow “that the system was directed against Russia from the very outset and not against Iran or any other hypothetical threat in the Middle East.” He adds: “This Iranian factor creates additional anti-Western momentum in Russia, which is widely used by state propaganda.”

“Given that missile defense has been a driver of tensions between Moscow and Washington since Ronald Reagan launched his Star Wars plan to render ballistic missiles ‘impotent and obsolete,’” writes Thielmann, “one of the best ways to achieve reassurance and avoid provocation would be to alter the existing timetable for deploying more capable missile defenses in Europe.” Slow it down, that is.

Better yet, dismantle missile defense, both because it is lucky if it could work against one anti-ballistic missile and because it makes Russia think we are creating a shield behind which to launch a surprise attack. Thus is Russia motivated to build more nuclear weapons and delivery systems to compensate for those that might be intercepted.