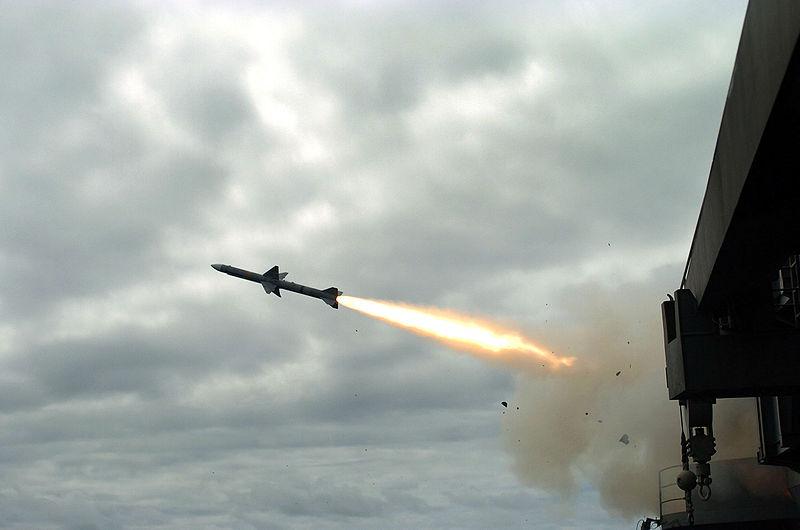 Missile Defense: Pie in the Sky

NATO is proposing to adopt missile defense as a new mission even though it doesn't work, costs lots of money, and angers Russia.
By Tom Sauer | August 12, 2010 What to do with a defense instrument that does not work in practice, agitates neighboring regional powers, and costs a lot of money in times of economic crisis? Common sense would suggest you abandon it. NATO, however, has a different idea. As part of the NATO Strategic Concept Review to be finalized at the end of November at the Lisbon Summit, NATO Secretary-General Anders Fogh Rasmussen has proposed to adopt missile defense as a mission.

Initially, NATO’s Star Wars was linked to the withdrawal of U.S. tactical nuclear weapons in Europe. Since European allies perceive the nuclear umbrella as a symbol of transatlantic solidarity, opponents of the withdrawal required an alternative burden-sharing instrument: missile defense. Replacing offensive by defensive weapons system might even be easier to sell to a skeptical European public.

Even though the withdrawal of U.S. nukes has not yet taken place, missile defense is likely to move forward anyway.

If missile defense is accepted as a “new mission” in Lisbon, President Obama’s missile defense plans that were made public in September 2009 will be merged with NATO’s Active Layered Theater Ballistic Missile Defense system. The latter, designed to protect NATO troops in the field against short-range ballistic missiles, is supposed to be finished at the end of this year. If the new mission is accepted, NATO’s objective significantly expands beyond protecting troops in the field to protecting all of NATO’s territory. For this expansion to take place, NATO’s system will be plugged into the U.S. facilities in Europe initially established to protect the United States alone.

Obama rejected Bush’s plan to install 10 interceptors in Poland and a radar in the Czech Republic. However, Obama’s replacement plan does not significantly differ in magnitude from the Bush vision. The Obama administration plans to put into place SM-3 interceptors on Aegis ships in the Mediterranean, two of which have already arrived. In the next stage, the administration plans next year to build an X-band radar station either in Bulgaria or in Turkey and a warning center in the Czech Republic. In 2015, the United States would then station interceptors on land, probably in Romania. These defensive interceptors are supposed to defend against short- and medium-range ballistic missiles.

Beginning in 2018, the United States would place more powerful interceptors against intermediate-range ballistic missiles in Poland. The plan would be finalized in 2020 with defensive missiles capable of intercepting intercontinental missiles.

Why the Plan Doesn’t Work

There are, however, two objections to a NATO missile shield. The technology is not ready, and Russia is angry about missile defense on its borders.

The missile shield doesn’t work. Every country with offensive ballistic missiles can easily produce countermeasures like decoys or false warheads, which makes it nearly impossible for defensive interceptors to strike targets outside the atmosphere (exo-atmospheric). Both the SM-3 missiles on Aegis ships and on European territory face this problem.

The U.S. Missile Defense Agency claims that the tests with the Aegis SM-3 missiles have been successful. Everything depends of course on how “success” is defined. The Patriot missiles — which are endo-atmospheric and therefore less sophisticated — were touted as successfully destroying Saddam Hussein’s scuds in 1991. But only three out of more than 50 Patriots effectively destroyed their targets. Formally, the Pentagon had defined “success” as “a Patriot and a Scud that passed in the sky.” Similar misleading practices disguise the real performances of the SM-3 missiles, the backbone of the missile shield in Europe. According to recent scientific analysis by George Lewis (Cornell University) and Ted Postol (MIT), published in the magazine Arms Control Today, nine out of 10 “successful” intercepts with SM-3 missiles were not successful. Sometimes the interceptors hit the offensive missile, but failed to destroy the warhead. Often these warheads then continued on their way in the direction of the target.

Even if this system encounters such technical problems, Russian strategists have to assume that they work. When Obama talks about a phased approach, which would extend the system in the future, Russian fears only mount. The Russian nuclear arsenal is both quantitatively and qualitatively small compared to U.S. capabilities. According to one estimate, if the Russian arsenal is not on alert, Russia will only have six surviving nuclear weapons after an American first-strike. If U.S. nuclear primacy is bolstered by a missile defense shield, it would not be surprising that some Russian planners are panicking.

In short, the proposed NATO’s missile shield does not improve geostrategic stability. Further bilateral nuclear arms reductions with Russia may be hampered as well. This reasoning applies even more to China, which has a nuclear arsenal less than one-tenth of Russia’s.

American taxpayers have spent $150 billion for a system that has yet to work in real time. NATO Secretary-General Rasmussen now wants European NATO member states to contribute to this system for the first time. Are we Europeans expected to bail out NATO’s $600 million budget deficit and sponsor Star Wars as well? In times of economic and financial crisis, especially in Europe, this money can be spent more wisely than on another Maginot Line.

Tom SauerTom Sauer is assistant professor in international politics at the Universiteit Antwerpen (Belgium), author of the forthcoming book Nuclear Elimination. The Role of Missile Defense, and a contributor to Foreign Policy In Focus.