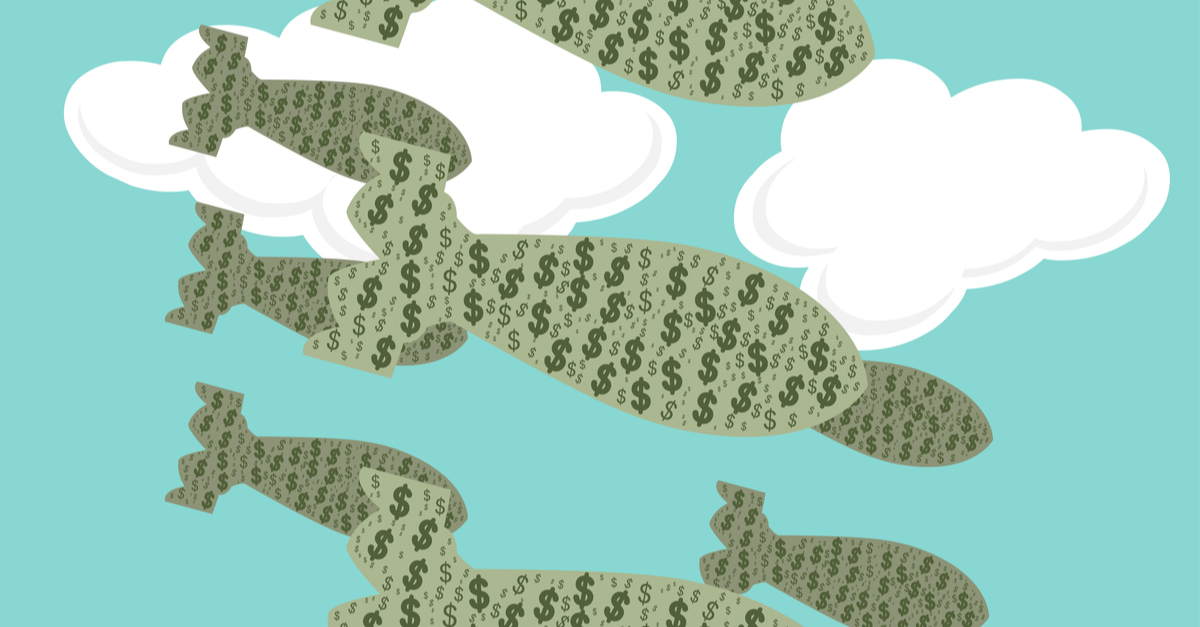 Moderators: Where Are the Military Spending Questions?

It’s hard to overstate the cost — in dollars and security — of our many wars. What do the candidates say?
By William D. Hartung | February 26, 2020

Despite hopes to the contrary, the Pentagon’s new, $740 billion-plus budget will waste scarce tax dollars while making America less safe. With the presidential primaries accelerating, it’s time for the candidates to address this urgent issue.

This extraordinary spending has a direct impact on American taxpayers when it comes at the expense of diplomacy, education, and anti-poverty programs that can improve people’s lives. These programs create more jobs than buying weapons we don’t need at prices we can’t afford, but they’re facing deep cuts.

There is a better way to protect the nation without breaking the bank.

The Center for International Policy’s Sustainable Defense Task Force has created a blueprint for defense that would save $1.25 trillion from current Pentagon plans over the next decade — while providing a greater measure of security, not less.

The plan would cut the size of the active military by about 10 percent, in line with a policy that forgoes nation building and large-scale counterinsurgency operations of the kind undertaken in Iraq and Afghanistan. It would also roll back the Pentagon’s $1.7 trillion, three-decades long nuclear weapons buildup, and eliminate excess Pentagon bureaucracy, including its massive force of over 600,000 private contractors.

A new strategy is urgently needed.

As the Costs of War Project at Brown University has shown, America’s post-9/11 wars have cost us some $6.4 trillion, a sum that could have gone far in rebuilding America, underwriting high-paying jobs, and funding investments in alternative energy sources that would help stave off the worst impacts of climate change.

Those funds are gone. But we can at least pursue a more restrained strategy that ensures that we don’t make the same mistake again.

There’s more than money involved. Again and again, aggression has made us less safe.

The chaos caused by the U.S. invasion of Iraq led to the rise of ISIS, as did the corruption and sectarianism of a series of U.S.-backed regimes in that nation.

A nuclear buildup of the kind envisioned by the Pentagon will stoke a new nuclear arms race, when even a fraction of the current U.S. arsenal would deter any nation from attacking the United States.

And a failure to seek areas of cooperation with Russia and China, from arms control to joint efforts to mitigate climate change, will make war — or at a minimum a new Cold War — more likely, to the detriment of all concerned.

It’s time for the candidates for president to step up and address this failed strategy that has led to overspending on the Pentagon at the expense of other urgent national needs. There have been some efforts made to raise the issue, but much more needs to be done.

Senator Elizabeth Warren has called for the elimination of the Pentagon’s war budget at a savings of up to $800 billion over the next decade. Senator Bernie Sanders has pointed to the important domestic investments that could occur if Pentagon spending were reduced.

Joe Biden’s platform calls for ending America’s “forever wars” and reviving nuclear arms control, measures consistent with reductions in Pentagon spending. Pete Buttigieg hasn’t stated whether the Pentagon budget should be reduced, although he has sensibly pointed out that any spending should be aligned with a new strategy.

These positions should be just the beginning of a robust conversation on the future of American national security strategy and spending that needs to begin as soon as possible.

William D. Hartung is the director of the Arms and Security Project at the Center for International Policy.