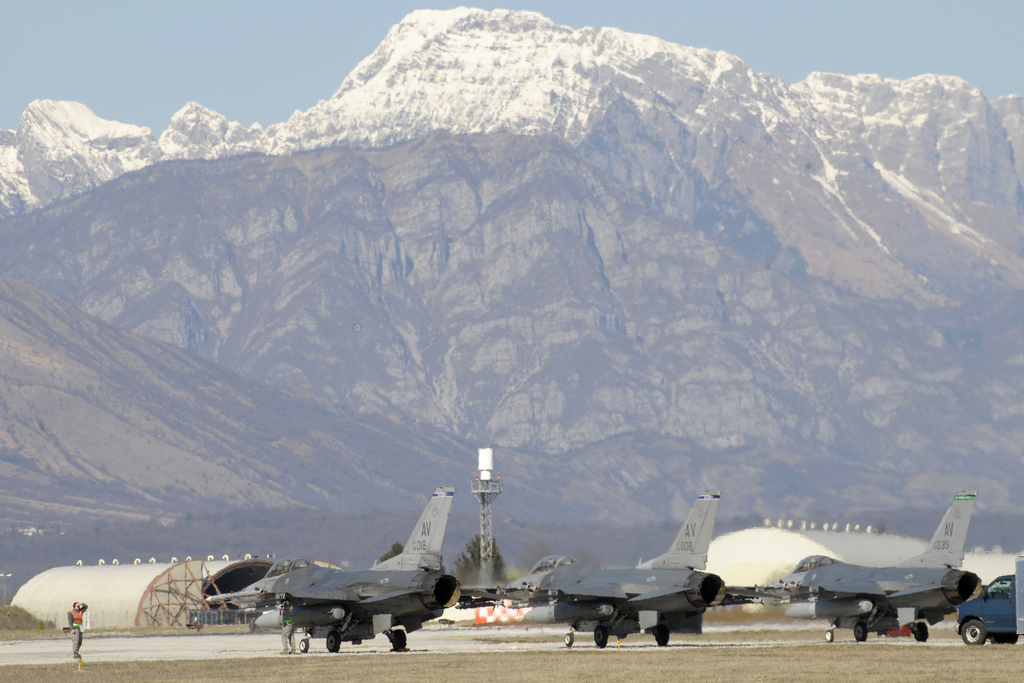 For some reason, the media treats shelling out trillions on the military like it’s a simple iPhone update.
By Adam Johnson | April 11, 2018

One of the most effective rhetorical tools in normalizing massive military budgets is to treat spending billions — and sometimes trillions — of dollars as something one has to do in order to be “modern.”

“Modernization” is, after all, an attractive label. Who doesn’t want to be modern? Consider just a few examples from recent reporting on military spending.

“The Department of Energy said the money was needed to modernize and restore the country’s nuclear weapons complex,” Reuters reported of a $15 billion, one-year budget request for nuke spending.

The Army, meanwhile, will get many billions more “as the service struggles to modernize while simultaneously fighting wars in current conflicts,” wrote the National Interest.

“U.S. nuclear policy is aimed at deterring Russia,” CNN explained, “through the modernization of the U.S. arsenal.”

Finally, notes a Reuters headline on the world’s most expensive (and still not operational) fighter plane, the “F-35 Fighter Modernization Could Cost $16 Billion Through 2024.”

Other variations include the verbs “overhaul” or “rebuild.” The idea is that something has fallen into disrepair and simply needs to be put back together.

How vast new expenditures on weapons that can already end civilization can be justified in either financial or moral terms is simply breezed past. A “modern” United States is self-evidently preferable to a pre-modern one, and the United States must be “modern” to “keep pace” with perennial bad guys like Russia and China.

As the media monitoring group FAIR has shown time and again, the media almost always frames the U.S. as reacting to military escalations by others.

The idea that Russia and China could themselves be responding to long-existing U.S. plans for a military buildup is never entertained. Nor is it often pointed out that the U.S. spends roughly three times as much on its military as China — whose population is more than quadruple ours — and about 10 times as much as Russia.

It’s essential, after all, that the United States — when it’s not stumbling around like a hapless giant — always be the party responding, not provoking. The “modernization” frame plays into this narrative nicely: The U.S. military is simply updating its massive arsenal, as you would your iPhone software — an inevitable and therefore not at all hostile act.

Indeed, “modernization” has been a popular framing used by the media to casually report on the United States’ constantly growing empire for over a hundred years.

Look at the New York Times alone: “Our Big Warships to Be Modernized,” a Timesheadline declared in 1922. “Alliance Plans to Modernize Armed Services,” it reported in 1953. “Air Force Seeks to Modernize and Strengthen U.S. Defense System,” was the paper’s report in 1972. In 1980, a Times story was “Navy Plans to Modernize World War II Battleships.”

Instead, the potential funds spent on bringing these programs up to the standard of other wealthy countries are framed as massive tax hikes, and those who promote such programs are challenged to “find the money.” They’re often not treated as any part of a “modern” norm for which the U.S. must strive.

But a slick, sprawling U.S. military — with all the latest toys and bombs — certainly is. And anyone suggesting otherwise, the story suggests, is clearly stuck in the past.

Adam Johnson is a contributing analyst for FAIR.org.