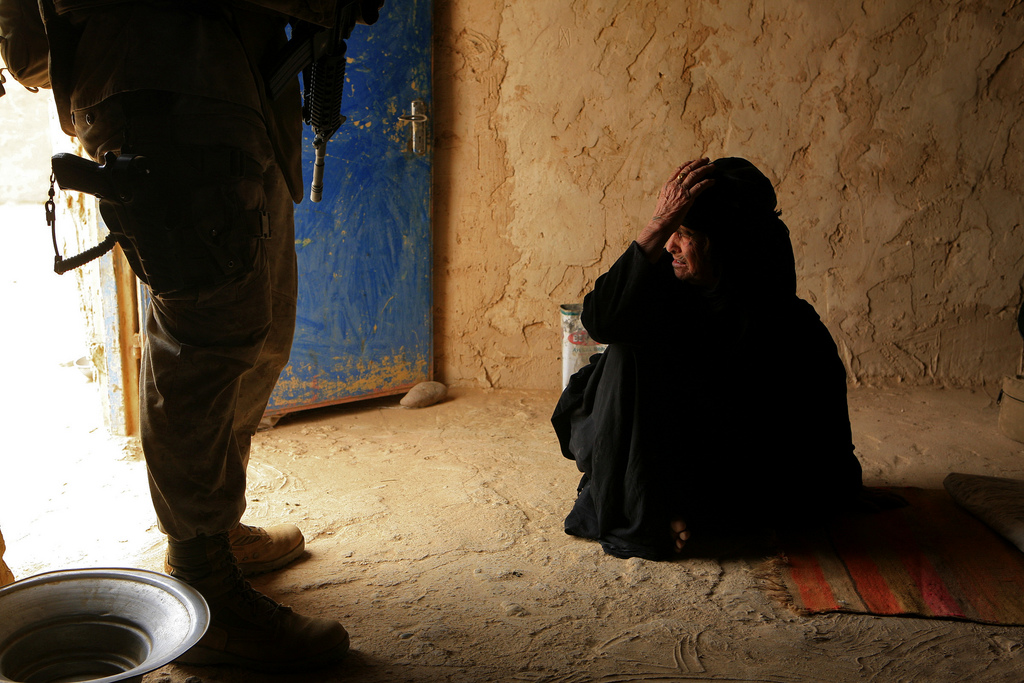 Being a woman in Iraq was difficult before the current conflict. But the current wave of militarization threatens to make life even worse. (Photo: Jason Fudge / Flickr)

This Month Marks 25 Years the U.S. Has Been at War in Iraq

A region at war, a rash of terrorist attacks, and the worst refugee crisis since World War II: These are the legacies of America’s quarter-century-and-counting war in Iraq.
By Janet Weil | January 21, 2016

A quarter-century later, the U.S. is still bombing, and over 3,400 U.S. troops are in the country. It’s part of a larger war raging in northern Iraq and Syria, with a ferocious, merciless entity driving the destruction: the Islamic State.

The countries of the region, and to a lesser extent European countries, have been overwhelmed by the largest refugee crisis since World War II. One tragedy in particular has awakened our minds and hearts to the catastrophe: the little body of Alan Kurdi, who washed up on the shore of Turkey as he and his family tried to find refuge. His brother and mother also drowned. They are among the thousands of refugees who died seeking freedom and a new home in 2015.

Continuing warfare, including U.S. bombing; increased jihadist terror attacks around the world; the Middle East awash with weapons; a refugee crisis; murdered and traumatized civilians: All these make for a grim legacy stemming from the U.S. war of aggression in 1991. A new United Nations report on Iraq reveals that 19,000 civilians were killed in Iraq in the past 21 months, and that 3,500 women and children, mostly Yazidis, have been enslaved by the Islamic State, with immense suffering and actual slave markets reported.

As American citizens and taxpayers, and as people with hearts, we have two serious responsibilities in response to the blood-soaked chaos in Iraq and its neighbor, Syria. We need to start acknowledging the real human costs of war, including death tolls in Iraq and Syria, the trillions of our tax dollars wasted, and the damage to U.S. troops deployed to the region.

CODEPINK has been one of the few raised voices on Capitol Hill and elsewhere denouncing bombing as a “solution” and calling for responses that will actually help people. Look here for news about our protests and many links to more information.

The U.S. government — from President Obama on down, including presidential candidates of both parties — must stop exaggerating potential threats to the United States or to Americans abroad as an excuse for more military “solutions,” which only enrich weapons makers and other war profiteers.

There are two actions the United States can take without delay or negotiations:

Stop the blather and the bombing. Start increasing humanitarian assistance. Many lives depend on the decisions that the United States takes at this turbulent time.

Based in the San Francisco Bay Area, longtime CODEPINK member and staffer Janet Weil is also a co-founder of the SF 99% Coalition. She tweets from @sf99percent.