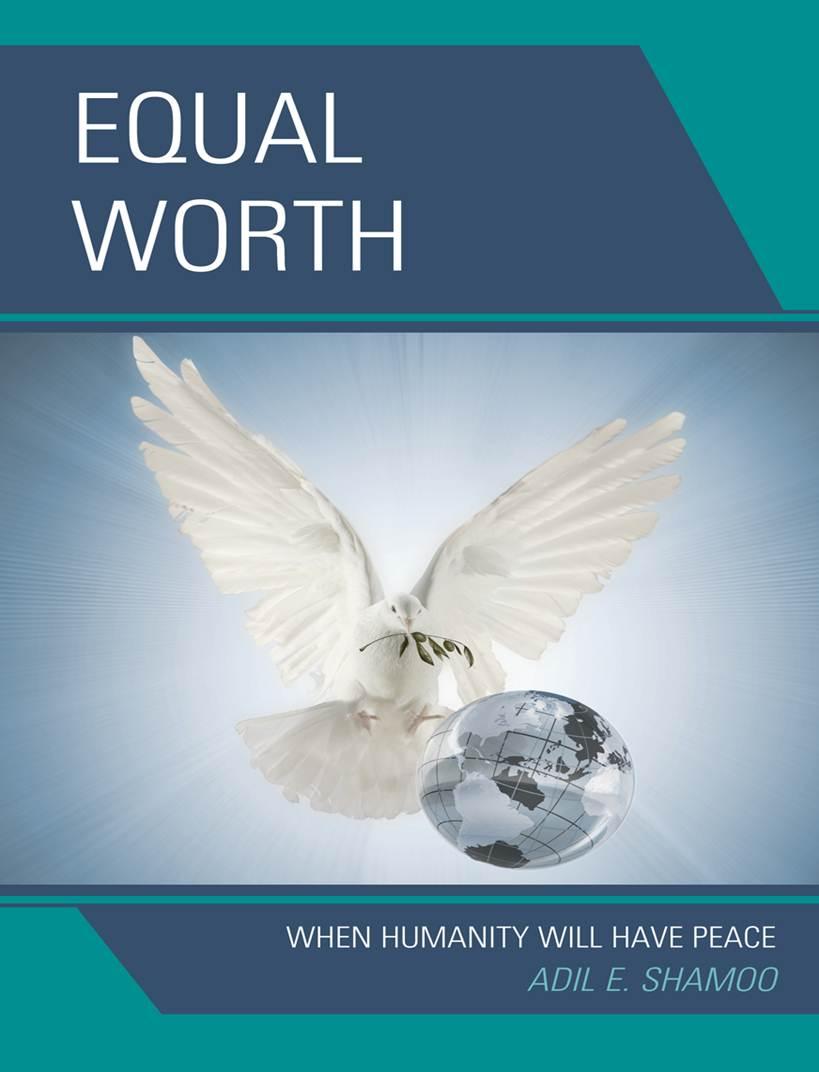 Morals in the Age of One Superpower

Can a superpower act morally in its foreign policy? Recent evidence of U.S. conducts suggests otherwise.
By Adil E. Shamoo | May 9, 2012 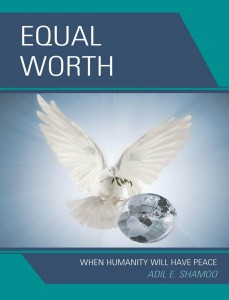 Interjecting the consideration of moral values into foreign policy decisions is, unfortunately, often ridiculed by the political establishment of Republicans and Democrats in the United States. For instance, one supporter of Bill Clinton in 1992, Michael Mandelbaum, expressed how foolish it is to construct policies based on moral values.

Take the case of Afghanistan. While the al-Qaeda terrorist attacks on 9/11 were horrendous, the reaction of the United States and allied nations has been disproportionate and undertaken with little regard to the Afghan people.

The number of citizens of Afghanistan killed or injured has been way out of proportion to the number of deaths on 9/11, never mind that the initial targets of the attack, al-Qaeda, were not from Afghanistan. Yes, al-Qaeda had training bases in Afghanistan and they should have been dismantled. But the United States showed little regard to the parity of human life of Afghans with Americans.

More recently, there has been hope for a more humane set of policies from the Obama administration. However, such hope has not materialized in the form of a new policy toward the region. The Obama administration is bent on proving its “national security credentials” by following the old policy of vengeance and not of justice.

The U.S. role in Afghanistan should have been to educate Afghan citizens in modern forms of justice after the initial invasion. Afghanistan is under tribal rule and the central government has little control over the country. The United States should have promoted policies to advance social and economic justice, which slowly could have eroded the tribal hold over the people. The educational system promoted ought to have been sensitive to the cultural context but at the same time push modernity into the country. All this should have been done without boots on the ground. The task was difficult, but the United States could have made slow progress.

Finally, with the same educational process, the United States should have supported plans for self-government and assist in building institutions that foster liberty. The United States ought to have encouraged the Afghans to have free elections and build a government free of corruption.

The Case of Iraq

Another example involves the invasion of Iraq. The George W. Bush administration fulfilled the neoconservatives’ principles of placing America’s interest at the center of the world with all other interests or morality considered irrelevant. The Project for The New American Century’s Statement of Principles from June 3, 1997 highlights this sentiment: “We need to accept responsibility for America’s unique role in preserving and extending an international order friendly to our security, our prosperity, and our principles.”

The statement makes clear that only America’s interest is under consideration by the statements of “our security,” “our prosperity,” and “our principles.” Zbigniew Brzezinski in his book Second Chance—Three Presidents and the Crises of American Superpower, opined that that Bush was on a mission “to spur the transformation of no less than the culture and politics of the entire world of Islam.” On the dust cover of the book, the well-known Washington Post columnist for national security, David Ignatius, lauds Brzezinski’s assessment of Bush administration’s policy regarding the invasion of Iraq: “Few prominent foreign-policy analysts have emerged from the Iraq debate with their reputations enhanced, but Zbigniew Brzezinski is one of them. In hindsight, it’s clear that his criticisms of the Bush administration’s policies were generally correct and, perhaps more important, that he had the gumption to speak out even when he risked losing a place at the Establishment table by doing so . . . Brzezinski emerges from the carnage and confusion of Iraq with an enhanced role as one of the nation’s most important voices on foreign policy.”

The invasion of Iraq was immoral by any standards. Iraq has suffered, due to the unprovoked invasion, greater death and destruction than any other nation in modern times. The U.S. actions in Iraq will be remembered for decades as the darkest chapter of U.S. foreign policy. If the world’s conflicts continue in this trajectory, the results assuredly will be catastrophic to the human race. The immoral course of actions undertaken by the powerful nations in these conflicts will increase the number and magnitude of immoral acts by others. The U.S. invasion of Iraq showed very little parity in respecting Iraqi lives in comparison to U.S. lives. Moreover, it showed a disregard for promoting social and economic justice. Corruption, mixed with sectarianism, became widely accepted in Iraq as long as the semblance of security was maintained and U.S. casualties were low.

The promotion of democracy was stripped down to electocracy. The election, and in this case with U.S. troops and tanks everywhere, was considered democracy-in-action especially by the U.S. media. Yet there were no attempts to build the institutional infrastructure needed before elections. The election of religious and tribal leaders became the only means the Iraqis could use to express their displeasure with occupation.

The moral failing in Iraq is that the United States invaded a country that did not pose an imminent threat resulting in the deaths of hundreds of thousands of Iraqis—most of them innocent civilians. Moreover, the U.S. occupation treated Iraqis as less than human through imprisonment, torture, sexual abuse, denial of freedom, and destruction of their infrastructure. The occupation structured the Iraqi government to be subservient to U.S. interests.

The Case of Palestine

The third and last example is the Palestinian-Israeli conflict. The Palestinian-Israeli conflict has been immoral since its inception in 1948. Israeli-Arabs have been and continue to be treated as second-class citizens with fewer human rights than the Israelis. Palestinians in the occupied territories of West Bank and Gaza have been treated as animals suffering expulsion, destruction of their homes, occupation, targeted assassinations, and imprisonment. The ratio of Palestinian dead and injured to Israeli dead and injured has ranged from 10-to-1 to100-to-1. Some Palestinians have resisted the occupation.

And some of these have resorted to immoral means of resistance, such as suicide bombings in civilian areas. However, the magnitude and frequency of the Israeli immoral acts toward the Palestinians have been so extreme that no other nation could have carried out similar acts without international condemnation, especially in the United States. If any other nation has committed these atrocities, the outcry of the world would have been deafening.

But Israel used the great reservoir of global sympathy and good will based on the history of Jewish suffering to carry out its policy of vengeance. The world’s reservoir of good will toward Israel may finally be showing a very small crack by the continued abuse of Palestinians by Israel now seen in trickles in the mainstream press coverage. For example, Newsweek magazine author Dan Ephron wrote a piece regarding Israel’s claim of the Palestinians as ungrateful people for all of the good Israel has done for them. Ephron said: “Of course, that version ignores Israel’s own provocations and abuses, including the continued expropriation of Palestinian land, the dramatic growth of Jewish settlements in the 1990s and the siege Israel has imposed on Gaza.”

The outcome of increased immoral conflicts is the needless death of millions of people and the destruction of the infrastructure of many states. The destruction of infrastructure has led and will further lead to greater poverty and diseases that will further exacerbate immoral conflicts. The events described in the three case studies of Afghanistan, Iraq, and Palestine will increase terrorism and other forms of immoral acts. Moreover, global tolerance of one people imposing its will on others for a long period of time is rapidly declining and is almost impossible. This rapid decline into the human abyss can only be prevented in this day and age by the transformation of the moral bases for dealing with these conflicts.

Why now and why morality? The need for this transformation now is necessary due to the globalization of conflicts and their resolution. And morality is confronting us because the whole world is communicating in real time with each other. The tolerance for immoral acts, however they are justified, can no longer last forever, and the yearning for fair and moral treatment to each other is on a rapid rise. The Arab Spring in 2011 is a good example of the increasing rejection of corrupt governements and the ill treatment of their people.

Adil E. ShamooAdil E. Shamoo is an associate fellow of the Institute for Policy Studies, a senior analyst for Foreign Policy in Focus, and the author of Equal Worth – When Humanity Will Have Peace, from which this piece is adapted. He can be reached at ashamoo@som.umaryland.edu.