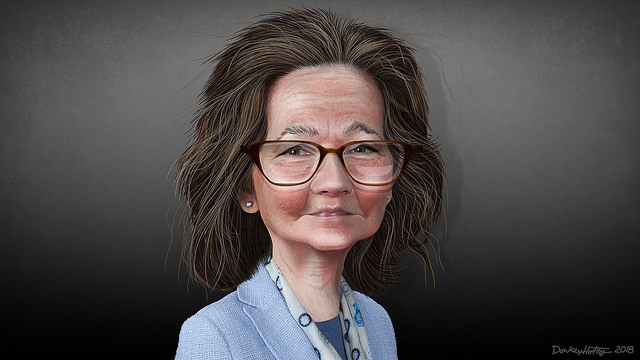 Can the nominee to head up the CIA at least meet the higher standard on torture set by Joseph McCarthy?
By Dan Plesch | May 7, 2018

Gina Haspel’s nomination to be director of the CIA has focused attention once more on the US use of torture. Her commander-in-Chief Donald Trump has lauded waterboarding—near-death by drowning/suffocation—and Haspel allegedly supervised such activities against al-Qaeda suspects at an airbase in Thailand.

The nominee has reportedly reassured senators that she will not permit such interrogation techniques if appointed and is prepared to accept both recent US legislation that outlaws waterboarding and the US Army field manual that does not authorize it.

Regardless of Haspel’s assurances, others in the Trump administration, including the president himself, likely want to resume this and other tortures. So it is instructive to remember US legal practice and political activism at the end of World War Two. Three precedents from that era should add to the issues the Senate Judiciary should raise with Haspel this week. They provide further evidence that the mistreatment of prisoners is not some form of modern political correctness.

For example, the International Military Tribunal for the Far East found the Japanese leadership guilty of the systematic use of water torture. The judges at Tokyo were unanimous in their decision. “Water treatment,” known more commonly today as waterboarding, was first on the list of tortures they described in their judgement. This is how they described what the Japanese interrogators did. “The victim was bound or otherwise secured in a prone position; and water was forced through his mouth and nostrils into his lungs and stomach until he lost consciousness. Pressure was then applied, sometimes by jumping upon his abdomen to force the water out. The usual practice was to revive the victim and successively repeat the process.”

US military tribunals also declared Japanese interrogators guilty of subjecting rank-and-file Americans to water treatment. For example, in 1946 a US military tribunal sentenced Isamu Ishihara to life imprisonment for a variety of tortures including water treatment. The evidence given was revoltingly graphic. The original charges and the trial reports were processed through the operational documents of the United Nations War Crimes Commission. Trial reports processed in this way in the 1940s were found to have legal authority today by the International Criminal Tribunal for the former Yugoslavia.

If senators require even further support for the idea that torture and maltreatment of prisoners is un-American then they need look no further than to the views of one of President Trump’s role models.

Senator Joseph McCarthy (R-WI) maintained that it was unacceptable for US Army war crimes prosecutors and guards to use any physical violence or psychological techniques—such as mock trials, beatings, and poor diet—during the interrogation of accused Nazis. Such behavior, he argued, sullied the name of the United States and called into question the validity of the convictions.

When Gina Haspel comes before the Senate it may be of some public interest to know whether she supports the high standard demanded by Senator McCarthy for the treatment of prisoners, whether it was right to convict Japanese prison camp guards of the crime of water treatment, and whether those who ordered these practices were justly convicted.

Dan Plesch is the author of Human Rights After Hitler.