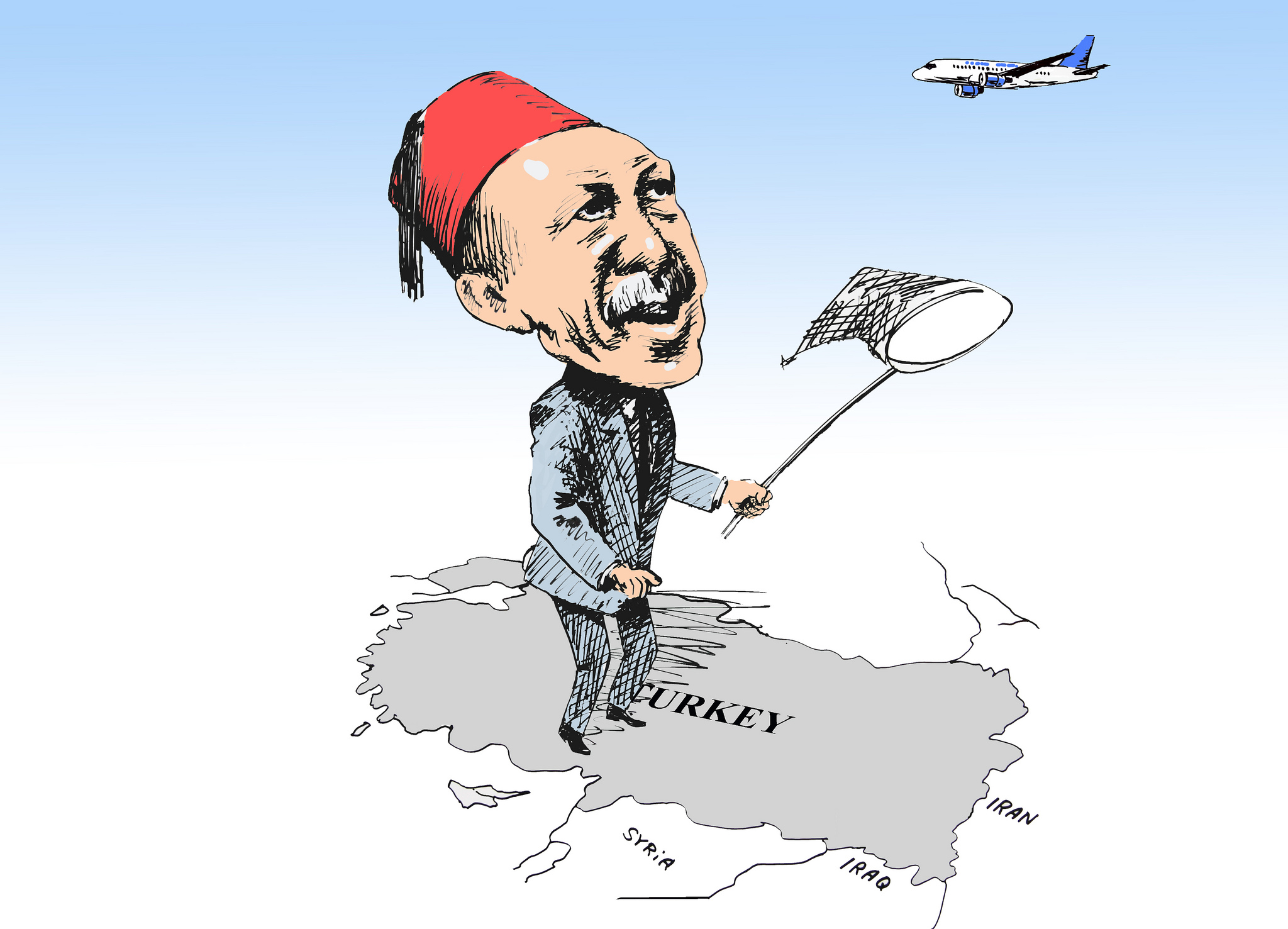 It's not just liberals that have soured on Turkish president Recep Tayyip Erdogan. It's the country's often overlooked ethnic minorities.
By John Feffer | June 10, 2015

When I talked with Turkish photographer Attila Durak back in 2007, he was just finishing up a project documenting the country’s many ethnic groups.

“Ask any intellectual here, ‘How many ethnic groups are living in Turkey?’ and they can’t list more than 12,” he told me. “Lots of photographers take photos of Anatolian people. But they never say who they are, just that they are beautiful people. But I photograph them and ask them who they are.”

Durak documented more than 40 distinct ethnic groups in the country. What might seem like a rather innocuous exercise in cultural anthropology was, in fact, quite a radical act.

Turkey, since the time of Ataturk, has been engaged in a nation-building enterprise, much like France in the 19th century, that’s emphasized a secular, civic identity. The fragmentation and collapse of the multi-ethnic Ottoman empire was much on the minds of modern Turkey’s leaders, and they retained a paranoid fear that the country’s major ethnic groups might unravel the Ottoman’s successor state. This was one of the motivations behind the “dirty war” against the Kurds in the 1970s and 1980s.

The ruling Justice and Development party (AKP), which came to power in 2002, generally took a more relaxed attitude toward ethnic minorities. The cultural and even political expression of Kurdish identity, for instance, became more acceptable with the development of Kurdish-language TV shows and college programs. The AKP’s embrace of a mild multiculturalism, as well its push for greater tolerance for the expression of religious identity, gained it support in those early years from various minority groups.

The AKP effectively brought Turkey into the 21st century. It overhauled the economy, forged a new vision of Islam and politics, revolutionized the country’s previously paranoid foreign policy, and challenged the stranglehold that the military had maintained over the political establishment. At the beginning of its ascendancy, the AKP was very interested in accelerating the pace of accession to the European Union, a process already several decades in the making. Fears of a military coup, which had taken place every decade from 1960 into the 1990s, receded.

In three elections over 10 years, the AKP steadily increased its parliamentary share: 34 percent in 2002, 47 percent in 2007, and nearly 50 percent in 2011. In the 2014 presidential election, AKP candidate and former prime minister Recep Tayyip Erdogan received over 51 percent of the vote.

It’s rare for such a profound transformation to remain popular at the polls, and it looked as though Turkey would be a major inspiration for countries in a similar developmental predicament. In 2010, I wrote in TomDispatch, “In the twenty-first century, the Turkish model of transitioning out of authoritarian rule while focusing on economic growth and conservative social values has considerable appeal to countries in the developing world. This ‘Ankara consensus’ could someday compete favorably with Beijing’s and Washington’s versions of political and economic development.”

Over the last few years, however, Erdogan has shown signs of overreaching ambition tinged with paranoia. He has cracked down on protestors and journalists, at one point jailing more reporters than any country in the world. His administration has endured a spate of corruption charges. He embarked on gargantuan building projects, including a 1,000-room palace for himself. His most recent hope was to obtain a parliamentary supermajority to transform Turkey from a parliamentary to a presidential system.

That dream faced a dramatic setback in the recent Turkish elections, which saw the AKP lose its majority.

As Erdogan’s ambitions have shifted from national advancement to personal aggrandizement, the popularity of the AKP has waned. Those ambitions were thwarted in the recent parliamentary elections by the very minorities that supported the AKP in the first place.

It’s not democracy that’s saved Turkey, as many analysts have argued. It’s the country’s multiculturalism.

After steadily increasing its support in the last three elections, the AKP dropped from winning nearly half of all votes in 2011 to garnering under 41 percent.

Its two traditional opponents — the Republican People’s Party (CHP) and the Nationalist Movement Party (MHP) — came in second and third. Both parties take a more unitary view of Turkish identity, with the Republicans hewing closer to the secular, Kemalist vision and the MHP veering off into more extreme ethnic Turkish nationalism.

The surprise was the fourth place winner: the People’s Democratic Party (HDP), which won 13 percent of the vote. Although the HDP is often called a Kurdish party, its appeal goes beyond the Kurdish minority (who are the largest minority, at around 15 percent of the population). It has a charismatic leader, Selahattin Demirtas, who received nearly 10 percent of the vote in the 2014 presidential election.

The party’s social democratic agenda has wooed voters away from the traditional left parties, from the liberal side of the CHP, and from the disaffected wing of the AKP as well. The HDP has a parity rule that requires an equal participation of women as candidates for positions, and it has pledged to create a ministry of women and turn International Women’s Day into a national holiday. It nominated a member of the LGBT community to run for parliament. Its platform promotes eco-friendly sustainable development.

But the HDP attracted much of its support from voters with another priority: to block Erdogan’s more autocratic tendencies. “The only institution that can stop or slow down Erdoğan is the polls,” Demirtas has said. “Supreme justice[s] and all other institutions are scared of controlling Erdoğan and the government. Therefore, what we know is that the polls will stand as the last mechanism to stop him.”

It has become a commonplace for democratically elected leaders to attempt to acquire more levers of power. Vladimir Putin has squelched the opposition in Russia, Viktor Orban has used his parliamentary supermajority to push through illiberal constitutional changes in Hungary, and George W. Bush simply arrogated more powers to the executive branch in the United States.

Erdogan no doubt looks to all three as role models. He wanted a new constitution that would give him, as president, the ability to sideline the pesky parliament. And what had hitherto seemed an admirable effort to keep the military out of politics now appears to be more like a disgraceful effort to keep everyone out of politics (except Erdogan).

In reaching too far, however, Erdogan has taken a step backward. As a result of the recent elections, the AKP will have to seek even greater compromise in putting together a coalition government. The options are not appetizing. The AKP could partner with the far right, but that would put the peace process with the Kurds at risk. It could team up with the Kemalist center, but that would require compromising on issues like religious freedom. Or it could try to work with the HDP, but the ideological gulf there is perhaps the largest.

The AKP is still the largest party in parliament. The parliament, meanwhile, is perhaps more diverse now than ever before — not just politically, but with more minority representatives and a record number of women. Turkey’s immediate future will depend a great deal on how the AKP works with this new democratic reality.

And that depends in turn on how Turkey handles its newly awakened multiculturalism.

The Future of Turkey

The AKP, in its early years, was a force for moderation. Under Erdogan’s governance, the Turkish economy initially had China-like growth. Turkey was getting closer to membership in the EU, at least before the EU made it very clear that the door to membership was closed for the time being. It represented an important model for how to combine Islam with both capitalism and democracy. It offered itself as a linchpin for reconciliation in the region as it attempted to heal historic divides with Greece, Armenia, and the Balkans.

But power went to Erdogan’s head. For all his implicit critique of the Kemalist model, Erdogan styled himself as a modern-day Ataturk with all his autocratic tendencies. In the worst-case scenario, the Turkish president might head further into Ataturk territory and use the political gridlock that will result from this election as a justification for acting with more “executive resolve.” Or perhaps insurgents within the AKP could start to chart a post-Erdogan future for the party.

But the most exciting future for Turkey lies with the HDP. It will be important for Turks to see that the world does not end when a party dominated by Kurds enters the parliament. As much as one-third of the Turkish population belongs to an ethnic minority, and these elections could effectively normalize Turkey’s multiculturalism.

The HDP’s Demirtas has been called Turkey’s Obama, and these elections could be a launching pad for him and his party to hold a national conversation about ethnicity and Turkey’s checkered past. Attila Durak likes to use the term ebru to describe his country’s multiethnic landscape. Ebru is the swirl of colors, also known as marbling, that typifies the Turkish design aesthetics of the mid-19th century. Creating a well-functioning multicultural ebru in Turkey is the key to political stability, social harmony, equitable economic progress, and good relations with neighbors (who keep an eye on how their kin are doing as minorities in Turkey).

“Turkey has to create its own ethnic politics,” Durak told me. “The system can’t be copied. We’ve been living here for 10,000 years. How can we copy the melting pot system from America, or the European system?”