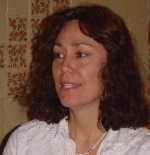 Murder Capital of the World

Mexico's drug war is a failure. Ciudad Juarez, Laura Carlsen points out, is the epicenter of this failure.
By Laura Carlsen | February 4, 2010

On January 31, an armed commando unit pulled up to a house in a working-class neighborhood in Ciudad Juarez on the Mexican side of the border with the United States. Inside the house, 60 teenagers were celebrating a friend’s birthday. Wielding high-caliber weapons, the commandos opened fire on the kids, robbed the house, then drove away from the scene — amid human cries, the scent of gunpowder, and the total absence of law enforcement officials.

To date, 16 people are dead as more lie wounded in the local hospital. Photographs capture the concrete floors stained with blood, the bereaved families, the frightened neighbors. Local residents interviewed in the aftermath of the tragedy called the security forces “useless.” Fearing to give their names, they noted that the gunmen entered the neighborhood, hunted down the victims, and passed right by a group of soldiers in the vicinity.

“We heard a lot of shots, at first we thought they were bottle rockets, but later we heard the running and the cries of the young girls that were at the party. Then came silence and a strong odor of gunpowder,” a witness reported. Residents say that even 10 hours after the murders, the crime scene had not been secured.

So far, no one knows the motive of the crime. The Washington Post reported that Ciudad Juarez Mayor Jose Reyes put forward the preposterous hypothesis that the hit was “random.” Mexico’s secretary of government chalked it up to “delinquents” and ended up blaming the victims. He stated that the new strategy in the region would be focused on “the gang wars.” The state attorney general presented a suspect who claimed the victims were associated with a gang called the “Artist Assassins” that works for the Sinaloa drug cartel. According to this story, the rival Gulf cartel carried out the mass hit as punishment and a warning to others.

Ciudad Juarez now holds the world record in homicides per capita. The city beats out war zones in the number of violent deaths because unofficially, it too is a war zone. This border city of two million is the frontline of one of the most violent and most ill-conceived war of our times — the war on drugs. On March 27, 2008, Mexican President Felipe Calderon launched “Operation Chihuahua,” and since then thousands of soldiers have been sent in to beat back the cartels.

The bodies of the slain teenagers and thousands of others attest to the results of this strategy. Last year, Ciudad Juarez’s over 2,600 murders accounted for more than a third of Mexico’s reported 7,724 drug war-related deaths. With 227 assassinations related to organized crime in January alone, 2010 stands to be the bloodiest year yet.

If governments based their security strategies on hard evidence and proven results, this city would be rightly viewed as a case study in the failure of the drug war. Instead, for years the strategy has been reinforced, with worse results. Ciudad Juarez stands out as a tragic example of what happens when a black-market economy creates massive corruption and avarice, and partisan politics and special interests determine government responses.

Calderon initiated the drug war to secure the support of the armed forces following huge protests over electoral fraud. He needed to unite the country against an enemy and organized crime was growing. Since Calderon announced the offensive against organized crime soon after taking office, somewhere between 15,000 and 17,000 people have been killed. The government has deployed 50,000 troops to fight the war nationwide, racking up human rights violations and criticisms that their new domestic role violates the constitution, accelerates the downward spiral of violence, and militarizes a nation still undergoing a shaky transition from authoritarian rule.

Now public anger over the government’s failure to control the violence has reached a boiling point in Mexico. Perched atop the open casket of one of the young people, a hand-written sign read “Mr. President, We demand responses and solutions. No False Promises or False Hopes.” Some groups in Juarez have called for Calderon’s resignation.

The Mexican Congress has demanded that the cabinet members charged with security policy explain the failure in Ciudad Juarez in light of the recent killings. The massacre comes on the heels of the announcement of a change in strategy to withdraw soldiers and replace them with police officers. U.S. Ambassador to Mexico Carlos Pascual praised the move: “What the government has done now is an intelligent measure to introduce the federal police, which has all the legal capacities, and put them on the front line in the war on against drug-traffickers.”

However, experts like General Francisco Gallardo of the Mexican armed forces, now a human rights leader, note that the difference between the armed forces and the police is often just a change of uniform. Although some groups in Washington have insisted that a shift from army to police represents a major improvement in the drug war strategy, the massacre and continued violence indicates that the impunity of organized crime will continue unabated as long as the confrontation model itself remains the same.

In an 2008 article for the Americas Program on the failure of Operation Chihuahua, congressman and human rights activist Victor Quintana wrote that “Crowding soldiers into different parts of the country, far from dissuading drug dealers and their hired gunmen, exponentially increases the risk for civilians, who now have to take care on all sides: hired gunmen breaking into their daily activities, stray bullets, and human rights violations by the police and the army.”

Calderon has made the most self-critical statements yet regarding the failure of his drug war. Speaking from Japan, he said he would alter the strategy. He went on to announce a more integral approach to attack the “social deterioration” of Ciudad Juarez, adding that the new approach would revamp the police and justice system and tackle social problems. “It’s clear that the action of the police or government and armed forces is not enough,” he said. “We need an integral strategy of social recomposition, prevention and treatment for addictions, a search for opportunities for employment and recreation and education for youth.”

The same week, in its 2011 budget request, the Obama administration called for an additional $310 million for Mexico’s drug war under the Merida initiative. Through this initiative, the U.S. government, first under Bush and now under Obama, has pledged its support for the enforcement strategy with over $1.4 billion, mostly to the Mexican armed forces and police. But this approach doesn’t address the reduction in the demand for illicit drugs, the treatment and prevention of addiction, or the financial structure of organized crime. Moreover a recent story in the Mexican daily El Universal notes that 70 percent of Merida resources remain in the United States, doled out in contracts for military and intelligence equipment.

The irony of announcing further U.S. support for the drug war strategy, at the same time as Mexican society and even the president called for a change in strategy, was not missed. The daily paper La Jornada dedicated an indignant February 2 editorial to the coincidence. “Based on the results, the application of the Merida Initiative has translated into a sustained and exasperating deterioration in public security,” the editorial concludes. “Crimes linked to drug trafficking are more frequent than when it was signed, which is a disaster for Mexico. Through this instrument it was agreed we would fight a war that isn’t ours, one that contains an immoral and unacceptable clause: the U.S. pays in dollars and Mexico pays in lives.”

U.S. officials explain the violence in Ciudad Juarez as the result of turf battles for control of heavy trafficking routes. But the city has become the center for traffickers because of what’s happening on the other side of the border. U.S. demand for drugs sustains the market, and U.S. laws do little to prevent the illicit trade — weapons going in, drugs coming out — that has made this border area a war-zone.