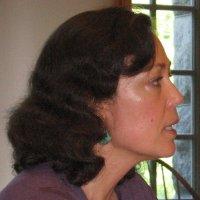 NAFTA: Kicked Up a Notch

NAFTA is not just about free trade any more. As columnist Laura Carlsen explains, NAFTA has a new and ominous punch as well.
By Laura Carlsen, John Feffer | May 23, 2007

The North American Free Trade Agreement is the world’s most advanced example of the U.S.-led free trade model. It’s not just about economics any more. The expansion of NAFTA into the Security and Prosperity Partnership reveals the road ahead for other nations entering into free trade agreements. It is not a road most nations — or the U.S. public — would take if they knew where it led.

The first problem is that very few people know about this next step of “deep integration.” In March 2005, Presidents George Bush, Vicente Fox and Prime Minister Paul Martin in Waco, Texas launched the Security and Prosperity Partnership with a splash. Although it had few visible results, the Waco meeting of the “Three Amigos” set into motion an underground process that spawned its own working groups, rules, recommendations, and agreements — all below the radar of the legislatures and the public in the three nations. These rules and trinational programs have profound effect on the environment, the daily lives of citizens, and the future of all three countries.

The SPP not only further greases the wheels of corporate cooperation and potentially increases U.S. access to Mexican oil. Its security component represents a new and ominous form of integration, all in the name of counter-terrorism.

From its origins in Waco, the SPP has developed through several formal meetings, including a March 31, 2006 meeting of heads of state in Cancun and a ministerial meeting in Canada in February 2007. Canadian civil society watchdogs also outed a secret meeting of high-level government, military and business people in Banff in September of 2006.

The official U.S. web page describes the SPP as “a White House-led initiative among the United States and the two nations it borders – Canada and Mexico – to increase security and to enhance prosperity among the three countries through greater cooperation.”

“White House-led” is a key element. When the heads of state met in Waco and in subsequent meetings to follow up on NAFTA, both Canada and Mexico had some very serious concerns. Canada was embroiled in trade conflicts with the United States (soft lumber, beef) that it wanted to see resolved through NAFTA mechanisms. Mexico’s right-wing government, meanwhile, has found increasingly untenable the stark contradiction between open borders for merchandise and the criminalization of immigrants. On the one hand, it had a commitment to greater integration under the free trade model; on the other it was under tremendous political pressure to defend Mexicans migrating to the United States. None of these issues made it into the SPP. U.S. security concerns, and corporate demands for fewer obstacles to border-hopping production and sales, hijacked the trinational agenda.

Instead, the SPP has three fundamental objectives. The Bush administration wants to create more advantageous conditions for transnational corporations and remove remaining barriers to the flow of capital and crossborder production within the framework of NAFTA. It wants to secure access to natural resources in the other two countries, especially oil. And it wants to create a regional security plan based on “pushing its borders out” into a security perimeter that includes Mexico and Canada.

On the liberalization side, the SPP has focused on simplifying procedures for doing business and creating more unified norms and standards. The SPP seeks to make it easier for U.S. companies to ship production offshore, eliminate specific Canadian and Mexican labor and environmental standards in the interest of “harmonization”, and assure that harsher security measures don’t interfere with crossborder business.

For Mexico, the harmonization process — like NAFTA before it — does not take into account its less-developed status or the pressing social needs of its people that could mandate special protections or safeguards. Many of the priorities of the SPP benefit only a small handful of powerful actors, such as greater patent protection (Mexico holds very few patents) and joint anti-piracy campaigns (piracy is a major employer in Mexico and benefits low-income consumers).

In negotiations between equal partners concerned with public well-being, very different issues would be on the table. The discourse of “three great nations united in a common cause” falls apart when compared to the actual content of the agreements and shows instead two great nations subordinated to the powerful interests of the United States. Equal partners would operate in the global market as a bloc with common interests. But the three countries don’t act as a bloc in multilateral forums like the World Trade Organization and the numerous trade disputes that have arisen among them, as well as the way they compete for foreign markets, attest to their separate national agendas.

The inequality of the NAFTA three is particularly apparent in the SPP’s approach to natural resources. For U.S. oil companies and their geopolitical interests, Mexico’s nationalized petroleum sector and state-run company, PEMEX, has been a major thorn in the side. Oil companies relish the opportunity to invest in the reserves there but are limited by current Mexican law. With the sector under government control, Mexico can decide when and how much oil it wants to export to the United States based on its own national needs.

The vast majority of Mexicans, however, celebrate nationalization of the oil industry as a source of national pride and a strategic instrument of development. Instead of coming out with recommendations to privatize the sector immediately, SPP documents have cited the low productivity of PEMEX as a major regional problem, mandated studies of its poor performance — not of its role in national development — and begun to prepare the ground for more private investment. The first step, according to a 2007 National Competitiveness Council report, would be for Mexico to spin off non-associated gas production into a separate entity called GASMEX.

NAFTA was signed before the current Bush administration took office and before the terrorist attack of September 11. SPP on the other hand, was born in the “global war on terror” era and reflects an inordinate emphasis on U.S. security as interpreted by the Department of Homeland Security. The head of Homeland Security Michael Chertoff, along with Secretary of State Condoleezza Rice and Secretary of Commerce Carlos Gutierrez, represent the three ministries charged with attending SPP ministerial conferences.

National security is not simply part of the political sell. It is central to the NAFTA-plus agenda. The SPP explicitly ties together the U.S. trade and security agendas under the pretext of greater integration. Its accords mandate border actions, military and police training, modernization of equipment and adoption of new technologies, all under the logic of the U.S. counter-terrorism campaign.

For Mexico and Canada, these new security priorities attached to regional integration are not only misplaced, but expensive and politically threatening. Mexico has historically been reticent to allow U.S. agents to operate in its territory because, historically, the United States has posed the greatest threat to its national security. Mexico also has a policy of neutrality in international affairs that prevents its government from becoming embroiled in conflicts that do not directly affect the nation.

The SPP measures to coordinate security have pressured Mexico to militarize its southern border and adopt repressive measures toward Central and South Americans presumably in transit to the United States. The false conflation of undocumented immigration with security in the United States has also led to measures that have little to do with Mexico’s own national security and cause friction with friendly nations, such as the decision to require visas for citizens of Brazil and Ecuador to enter the country.

Aside from real questions about their effectiveness, these programs raise serious questions about national sovereignty and national priorities. There are few reasons to believe that U.S. security is synonymous with a strategic security plan for Mexico or Canada. While some threats are indeed international and intelligence-sharing as well as coordinated action are necessary, these mechanisms should be developed in the context of each nation’s own security agenda.

By taking on the U.S. security agenda, Canada and Mexico put themselves at greater risk. When the Mexican congress dutifully presented a revised counter-terrorism law this year, an opposition congressman argued, “We don’t want to be immersed in a cycle where the enemies of other nations are automatically put forth as our own enemies.” Moreover, in all three countries, significant civil society movements have questioned whether the high-tech solutions advanced by Homeland Security (and that profit major military suppliers) are really the best and most resource-efficient answer to security challenges. Again, for the most part, the decisions are being made without public knowledge or consultation.

There are many problems with the SPP and the White House’s goal of “deep integration.” Perhaps the most fundamental is that it takes place at a time when North American integration faces a crisis. Economic integration under NAFTA has led to job loss and the erosion of job security and quality in the United States, while also increasing unemployment in Mexico. Over thirteen years, the model has confirmed, rather than reversed, Mexico’s status as the less-developed partner. The rise in immigration to the United States attests to the failure of NAFTA as a development mechanism. Moreover, it has not increased the U.S. competitive edge although it has delivered record profits to a few major global traders. Unfortunately for the majority, those “few” are now driving the efforts to deepen integration under the NAFTA-plus-Homeland-Security model.

But to deepen integration would mean deepening the contradictions and the problems that have led most Americans to expresstheir rejection of the free-trade model in recent polls, and that has spurred widespread public protest in Mexico and Canada.

Currently four more free trade agreements are before the U.S. Congress. The Security and Prosperity Partnership for North America demonstrates that this model of economic integration has taken on a momentum of its own, unaccountable to legislatures and citizens, and driven by interests that do not represent the public good. Citizens and their representatives need to mount a concerted effort to re-examine these policies, to bring them to light, and to halt movement forward until a strong and informed consensus exists on their value to society.