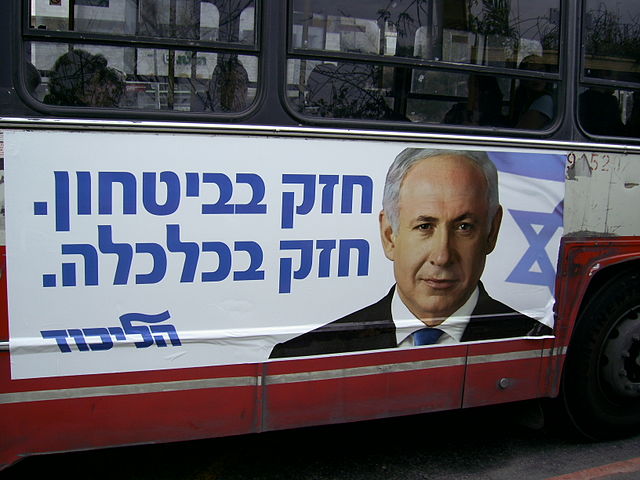 Netanyahu Unfazed by Historic Diplomacy Between U.S. and Iran

In fact, Israel’s Prime Minister Netanyahu seems to fear a peaceable solution to the stalemate over Iran’s alleged work on a nuclear-weapons program.
By Sina Toossi | October 7, 2013

Netanyahu, who last year took to using cartoons at the UNGA to demonstrate the “threat” posed by Iran’s nuclear enrichment program, delivered a speech this year that was less overtly ridiculous—but no less calamitous—in its warnings about Iran.

Such rhetoric should not faze anyone who has been paying even the slightest attention to the Iranian nuclear standoff over the past decade. The only surprise here is how unfaltering Netanyahu has been as the proverbial “boy who cried wolf,” with his ever persistent warnings of a looming Iranian nuclear weapon.

In fact, such dire warnings of an imminent Iranian nuclear weapon are in no way exclusive to the Netanyahu government. Alarmist warnings have routinely emanated from both the U.S. and Israeli governments for at least the past 20 years.

Netanyahu’s speech was not without its contradictions regarding Iran’s alleged pursuit of a nuclear weapon. While Netanyahu spoke in one instance of Iran developing nuclear weapons, in another instance he alluded to the fact that Iran had not even made the choice to build a nuclear weapon.

In deriding the newly elected moderate Iranian president, Netanyahu claimed that Rouhani seeks to “ensure that Iran retains sufficient nuclear material and sufficient nuclear infrastructure to race to the bomb at a time it chooses to do so.”

This gives credence to the idea that for all of his bellicose and hyped-up rhetoric – which for years has been designed to seemingly mislead and frighten people about the nature of Iran’s nuclear program – Netanyahu has simply been trying to disguise the factual consensus that has long since been reached by the IAEA and Western intelligence agencies on Iran’s nuclear program. This is now clearly something which, given the recent developments with Iran, is unsustainable for him continue to do with the same degree.

Iran’s nuclear program has up until now been strictly within the confines of the Nuclear Non-Proliferation Treaty (NPT), of which Iran is signatory and Israel, with its arsenal of hundreds of nuclear weapons, is not.

Netanyahu went on to further reprimand Rouhani, who shared a historic phone call with President Obama as the week ended. “Rouhani thinks he can have his yellowcake and eat it too,” the Israeli Prime Minister said.

“Rouhani is a wolf in sheep’s clothing, a wolf who thinks he can pull the wool over the eyes of the international community,” Netanyahu went on, seemingly frustrated at the prospects of a peaceful détente between Iran and the United States.

While the larger part of Netanyahu’s speech was centered on convincing U.S. decision makers to not even give Rouhani the benefit of the doubt, he did give token reference to the Israeli-Palestinian issue, saying he was willing to make a “historic compromise.” But at the same time he remained intransigent on the key issue of Jewish settlements in the occupied territories of the West Bank and East Jerusalem.

After evoking religious language and Biblical prophecies, Netanyahu made his final point, “The people of Israel have come home never to be uprooted again.”

His rhetoric on Iran is proving to be similarly well entrenched.