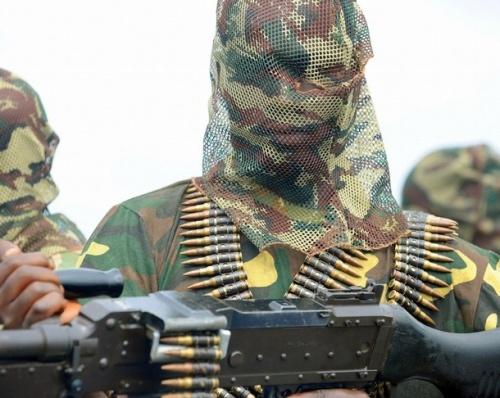 Nigeria is facing a perfect storm of crises including a national strike, widespread protests, and sectarian violence in the north.
By Francis Njubi Nesbitt | January 16, 2012 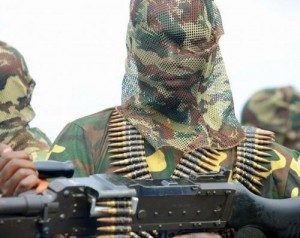 Nigeria is facing a perfect storm of crises including a national strike, widespread protests, and sectarian violence in the north. Although the strikes, attacks, and protests raise the specter of another civil war in Africa’s biggest oil producer, the United States and the international community should avoid aggravating the situation by seeming to encourage a military solution.

Much of the violence in the north is blamed on an Islamist sect called Boko Haram, which means, “Western education is sinful.” Boko Haram emerged as a religious sect in 2002 but ramped up its antigovernment rhetoric and sectarian violence after security forces arrested and killed its founder, Mohamed Yusuf, in 2009. Hundreds of sect members died in the operation. In response, sect members killed over 800 people. Since then, the movement has adopted terrorist tactics including car bombs, drive-by shootings, and raids on churches. Its most spectacular attack was a car bombing of the UN headquarters in Abuja, the nation’s capital city in August 2010.

The increasingly sophisticated attacks associated with the Islamist group have led to speculation that the sect’s members received training from Al-Qaeda in the Islamic Maghreb (AQIM) based in Algeria. A congressional hearing on November 30, 2011, entitled “Boko Haram – Emerging Threat to the U.S. Homeland,” repeated this claim and suggested that Boko Haram could infiltrate the oil-rich Niger Delta in southern Nigeria and threaten oil exports. The United States gets 8 percent of its oil from Nigeria. The report called on the United States to work with Nigerian government to shore up its counterterrorism and intelligence capabilities to “effectively counter Boko Haram.”

In December, Boko Haram warned all Christians to leave the Muslim-dominated northern region. They then launched a religious pogrom that has killed hundreds of Christians. The violence included a Christmas Day attack on a church that killed over 43 worshippers. The sect’s goal is to create an Islamic state in northern Nigeria. On January 1, leaders of the group again warned Christians to leave for the south or face death. The government led by President Goodluck Jonathan declared a state of emergency in several northern states but has been unable to defuse the situation. Meanwhile, Christians in the south have been blamed for torching mosques and targeting Muslims.

Nigeria’s President Goodluck Jonathan said last week that the currently situation in Nigeria was even worse that that which preceded the first civil war of 1967-1970. The war was sparked by a secessionist movement in the oil-rich south, leading to the deaths of over a million people through violence and starvation.

Three of Nigeria’s most famous writers— Nobel Literature Laureate Wole Soyinka, Chinua Achebe, and JP Clark — recently released a statement warning that the country was quickly descending into civil war. Soyinka earlier reminded the BBC that religious pogroms also preceded the 1967 civil war. Soyinka blamed political leaders for fanning the flames of religious intolerance. He argued that the security situation threatened Nigeria’s territorial integrity. “Nigeria is a project,” he said. “A project pursued by some who believe that as a project it is not viable unless they are in the seat of power and they can direct the country any way they want even religiously.”

A nation of more than 160 million people, Nigeria is divided between a predominantly Muslim north and Christian and animist south. Islam came to what is now Nigeria as early as the 12th century through numerous jihads that forcefully converted local tribesmen to the faith. The latest jihad occurred in the 19th century when Islamic scholar Uthman dan Fodio conquered the Hausa people and established the Sokoto Caliphate. British colonial forces subsequently conquered the Sokoto Caliphate in the 1870s.

Since then, the simmering religious tensions have boiled over frequently. Between 1999 and 2003, for instance, an estimated 10,000 people died in clashed between Muslims and Christians. In 2000, riots in northern Nigeria led to over 2000 deaths before the army quashed the violence. Over 700 people were killed in clashes between Muslim and Christian gangs over a disputed election in the north in November 2008. Hundreds more were killed in sectarian violence between January 2010 and December 2011. Experts argue that these eruptions of violence are not spontaneous but instigated by both Christian and Muslim political leaders who use religious tensions to raise their profiles.

Meanwhile, the nation has been rocked by widespread protests and a national strike called by labor unions. The strike was sparked by the government’s decision to end a fuel subsidy on January 1, 2012. The subsidy kept gas and kerosene prices artificially low. Since then, fuel prices more than doubled from about $1.70 a gallon to over $3.50 a gallon. Ironically, Nigeria imports gasoline and other petroleum products despite being Africa’s largest oil producer. Endemic corruption and cronyism led to the collapse of its oil refineries.

There are two classes in Nigeria: the rich one percent and rest. There is no middle class to speak of. A small cabal of politically connected families has become fabulously wealthy by looting the oil industry while the rest of the country lives on less than $2 a day. The latter bears the brunt of inflation caused by the removal of the fuel subsidy. They depend on cheap gasoline for transportation and kerosene for cooking, lighting, and heating their homes. The decision to remove the subsidy, therefore, has drastically reduced their living standards.

President Goodluck Jonathan claimed that the subsidy was costing the government over $8 billion a year – a sum that could be used to repair roads, bridges, and other infrastructure. The move came after a December 2011 visit by IMF Director Christine Legrade who urged Nigeria and other West African oil producers to scrap their fuel subsidies. The IMF claimedthat the subsidies do not benefit the poor but instead encourage corruption and smuggling. But the labor unions in Nigeria vehemently disagree and have vowed to shut down oil production until the government restores the subsidy.

UN High Commissioner for Human Rights Navi Pillay said last week that sectarian and religious violence must not be allowed to divide Nigeria. She called on Christian and Muslim leaders to come together and condemn all forms of violence including retaliation. Pillay called on the state’s security forces to avoid excessive use of force that could further inflame tensions and resentment. She added, however, that members of Boko Haram and other groups that committed widespread and systematic attacks on civilians could be charged with crimes against humanity. She called on the government of Nigeria to hold accountable those who were inciting violence.

In contrast to Pillay’s reasoned recommendations, are the hysterical reactions of the U.S. homeland security subcommittee and AFRICOM’s General Carter Ham. The House committee report made a series of unsubstantiated allegations and concluded that Boko Haram should be added to the list of foreign terrorist organizations. The State Department disagrees, but the fear-mongering continues. AFRICOM’s General Carter Ham, for instance, warned on August 17, 2011 that the militants were seeking support from al-Qaeda in the Islamic Maghreb and al-Shabaab. He argued that the organizations’ intent to collaborate in attacks on U.S. targets required a response. Ham met with Nigerian security officials in August and said that the United States would share intelligence and train Nigerian forces. The hysterics continued in conservative media outlets.

The root cause of violence and instability in Nigeria is the grinding poverty of the majority that lives on less than $2 a day. Billions are looted from state coffers every year while poverty stalks the land. This poverty is compounded by the corruption of a small, but extremely rich, political class and its conspicuous consumption. Members of this class live in gated communities, drive around in the latest SUVs, and shop in London, New York and Paris. They send their children to expensive private school in Europe and the United States. The unrest and violence they engender, therefore, has no direct impact on them. As Soyinka put it in the BBC interview, some of these leaders are inciting violence so as to immunize themselves from prosecution for corruption.

Despite the growing violence, it’s a stretch for the U.S. homeland security committee to claim that Boko Haram, a shadowy, ragtag group of militants in northern Nigeria is a threat to the United States.