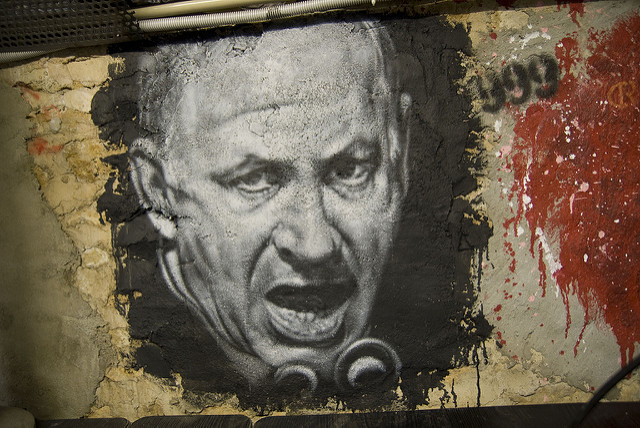 No End in Sight for Israel’s Rightward Drift

But Israel’s security would be better served by leaders committed to preserving Israel as a democratic state and engaging in serious peace negotiations with the Palestinians.
By Rachelle Marshall | May 27, 2016

As Israel Prime Minister Benjamin Netanyahu serves his fourth term in office, the effects of his long leadership have become strikingly apparent. A country that was seen for so long as a small secular democracy surrounded by hostile Arab kingdoms has completed its transition to a regional military power that is currently dominated by a combination of ultranationalist and orthodox religious parties. Throughout this change Israel has had the unwavering support of the United States, which has given the Jewish state a total of $118 billion over the years and continues to give it upwards of $4 billion a year in military aid.

Israel’s swing to the right had its most telling consequence in late May when the minister of defense Moshe Ya’alon resigned and Netanyahu replaced him with Avigdor Lieberman. Ya’alon, a political centrist, is a former general and chief of staff as well as a former commando leader. Lieberman left the army as a corporal, and as an ultranationalist, has expressed no interest in peace talks with the Palestinians.

Netanyahu evidently appointed him to strengthen his one-vote majority in the Knesset, but it comes at a cost to Israel’s credibility as a partner for peace. Lieberman’s anti-Arab proposals include transferring Israeli Arabs to the West Bank and Gaza, building more Jewish settlements in Jerusalem as well as the West Bank, and removing Arabic as one of Israel’s official languages. Netanyahu once said of him that “he’s a dangerous man, he stops at nothing.”

After an Israeli soldier was caught on video shooting a wounded Palestinian as he lay on the ground and was charged by the military with manslaughter, Lieberman went to the court to express support for him. All lives are not equal in Israel, and the disparity between Jews and Arabs is certain to become greater. Lieberman’s Knesset seat will be filled by American-born Yehuda Glick, an active member of the Temple Institute, which calls for the destruction of the Dome of the Rock and the construction of a Third Jewish Temple in its place.

An editorial in Israel’s liberal newspaper Ha’aretz called the appointment of Lieberman to the defense post “reckless and irresponsible.” Ya’alon was equally scathing, charging that “Senior politicians in the country have chosen incitement and divisiveness of Israeli society instead of unifying and connecting.” He referred to“the phenomena of extremism, violence and racism of Israeli society that threaten its fortitude.”

Ya’alon undoubtedly had in mind the statements of several of Netanyahu’s appointees to the cabinet. Tzipi Hotovely, the deputy foreign minister, has declared, “God willed all of Palestine to Israel. This land is ours. All of it is ours.” Deputy Defense Minister Eli Ben Daham managed to insult three groups in the same sentence. “Palestinians are beasts,” he said. “A Jew always has a much higher soul than a gentile, even if he is a homosexual.”

Israel’s minister of justice, Ayelet Shaked, wrote on Facebook last year that “The entire Palestinian people is the enemy,” and called for their destruction, including “its elderly and its women, its cities and its villages, its property and infrastructure.” Netanyahu’s cabinet appointments have made more than clear his own aversion to any peace agreement with the Palestinians that calls for return of the West Bank.

Knesset member Aida Touma-Souliman said of Lieberman’s appointment, “This is a very clear message Netanyahu is sending to the world over his goals for the future.” In fact, Netanyahu had long ago made his intentions clear: there would be no halt in settlement construction and no independent Palestinian state as long as he remained in office.

He was as good as his word.

While Obama called repeatedly for a halt in Israel’s settlement expansion, and Secretary of State Kerry ferried back and forth between both sides trying to restart peace talks, Israel went on expanding the settlements. With Israel refusing to budge, Obama and Kerry have since diverted their efforts to other crises, and the Palestinians have once again been forced to put aside their hopes of statehood.

There will be no change in this picture until Congress and the president are willing to challenge a well-financed pro-Israel lobby made up of major Jewish organizations and the American Israel Public Affairs Committee. Yet according to Ban Ki-moon a change is necessary if there is to be an end to violence in the Middle East.

The U.N. secretary general warned the Security Council that “Palestinian frustration and grievances are growing under the weight of nearly a half-century of occupation…No one can deny that the every day reality of occupation provoke anger and despair, which are major drivers of violence and extremism and undermine any hope of a negotiated two-state solution.”

Ban Ki-Moon’s words serve as a warning to Israel as well. No country can be truly secure as long as nearly three million people within the borders it controls feel aggrieved. The U.S. and Israel are in the process of negotiating an agreement that will set the level of U.S. military aid to Israel for the next ten years. But a far better guarantee of Israel’s security would be the election of leaders committed to preserving Israel as a democratic state, and willing to engage in serious peace negotiations with the Palestinians.