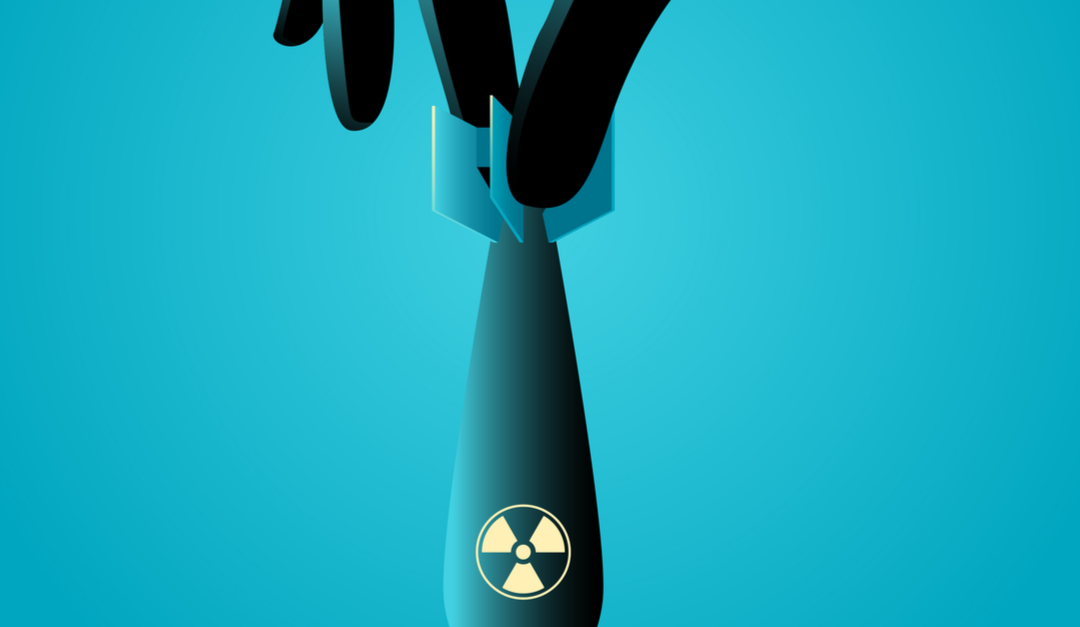 No First Use — Or No Nuclear Weapons?

If international law is to preserve its teeth, it cannot do so with halfway measures.
By Peter Weiss | June 16, 2021

The opposition to nuclear weapons has a new name — “No First Use,” or NFU. The idea, promoted by some anti-nuclear and peace activists, is to push for an official government policy not to initiate a nuclear conflict.

This is a welcome development, inasmuch as it continues the activism aroused by TPNW, the Treaty on the Prohibition of Nuclear Weapons, after a long period in which such activism was largely dormant. However, it may be a bit early to celebrate what is sometimes referred to as the end of the nuclear age. If NFU is supposed to be a first step toward abolishing nuclear weapons, it’s a very dangerous first step.

If only first use is prohibited, after all, it stands to reason that second or third or fourth use is permitted.

Are we for that? Or are we with the late Rep. Robert Drinan, a Catholic priest and former Dean of Boston College Law School, and the late Judge Christopher Weeramantry of the International Court of Justice, in holding that nuclear weapons are so horrendous that they cannot be used in any circumstance? And is it not a basic principle of international law, known as the law of war, that the means of warfare are not unlimited?

Even if, contrary to international law, second use were accepted, it would violate another fundamental principle of international law, that of proportionality. Suppose country X fears annihilation by country Y’s superior conventional weapons and country X launches a “low yield” nuclear weapon against country Y as a warning shot across the bow. Would that justify the second use of a dozen nuclear weapons each with a throw weight 50 times that of the single one used by X? Does NFU have anything to say about that?

It would also be worth considering what NFU would do to respect for international law. Second use of a prohibited weapon would be analogous to justifying torture by country Y in response to torture by country X. Similarly, the enactment of NFU would be difficult to reconcile with the current U.S. policy of spending around $1.5 trillion on “modernizing” our nuclear weapons over the next 30 years. The same can be said for a policy based on “deterrence only,” since deterrence, to be effective, must be backed by credible willingness to use.

If international law is to preserve its teeth, it cannot do so with halfway measures.

Many if not most supporters of NFU are also supporters of the total and irreversible abolition of nuclear weapons. This huge sector of civil society from all over the world should make itself heard by calling for negotiations toward this much more ambitious goal.

Here is a lesson from the past. Toward the end of the Vietnam War, Congress passed a resolution forbidding the expenditure of federal funds in military actions against Cambodia. It was ignored by the Pentagon. A group of activists, under the leadership of Dr. Robert Jay Lifton, decided to call attention to this omission by staging a lie-in at the office of the speaker of the House of Representatives until escorted out by the Capitol Police.

It earned us a night in a D.C. jail and a fair amount of press. And it worked: The bombing of Cambodia stopped. Similar protests have been undertaken by anti-nuclear weapons activists.

In this week’s Biden-Putin summit, apparently they did discuss nuclear weapons, but only in the context of “strategic stability,” which could mean no more than that each side should have the same number of these homicidal weapons as the other.

The more protests the better. Thirty years is too long to wait.

Peter Weiss is a former board chair of the Institute for Policy Studies and president emeritus of the Lawyers Committee on Nuclear Policy.