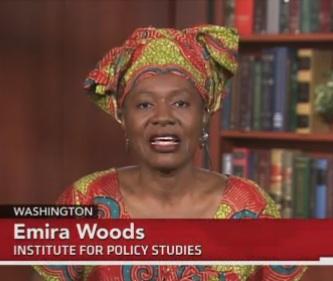 The co-director of the Institute's Foreign Policy In Focus project discussed the African conflict on the PBS NewsHour.
By Emira Woods | January 15, 2013 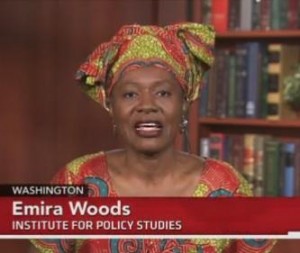 “There cannot be a military solution to this crisis in Mali,” Emira Woods said on the PBS NewsHour. “The crisis has its roots in political and also economic processes, with people in the northern part of the country feeling completely marginalized from the rest of the country.”

Woods is the co-director of Foreign Policy in Focus at the Institute for Policy Studies. You may read the full transcript of her comments on the NewsHour’s website.

“So clearly what you had was an opportunity because of the intervention, the NATO intervention in Libya, unleashing weapons, both from Qadaffi’s coffers as well as from the international community, weapons flowing from Libya, across borders of Algeria, into northern Mali, to be able to actually create a crisis, and further destabilize northern Mali,” said Woods. “So I think what you have is a situation where unilateral intervention could create complications down the road, both for civilians that could be targeted in these airstrikes, as well as for further complicating a political crisis that may not be resolved militarily.”