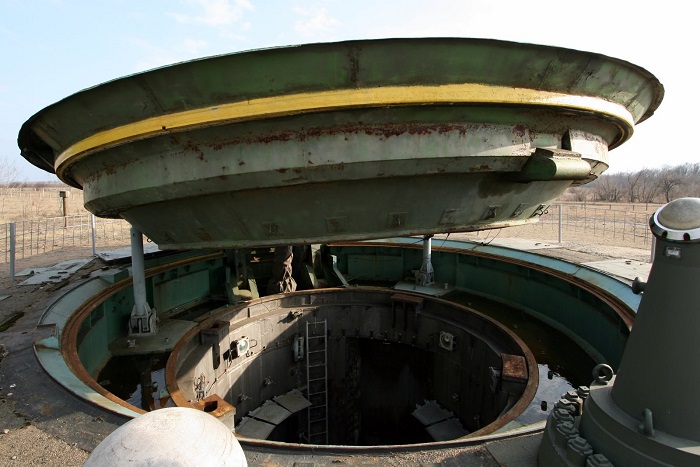 What Nobody Is Saying About the Cheating Missileers

Their perception that they’ve been relegated to an armed-forces version of Siberia is only the tip of the iceberg.
By Russ Wellen | February 12, 2014

Robert Burns of the Associated Press has been the point man on the ongoing story of the U.S. nuclear launch force’s shortcomings. In one recent development, “missileers” at Malmstrom Air Force Base in Montana are alleged to have cheated on a proficiency exam. Subsequently, reports Global Security Newswire, about half of them

… have had their launch certifications taken away and been pulled off alert duty.… Of the more than 90 launch officers currently implicated in the cheating scandal, 40 missileers were believed directly involved in the misconduct, which involved sharing exam answers by text message. Others allegedly tolerated or facilitated the incidents.

In his most recent piece for the AP, Burns reports that another mole in need of whacking has popped up out of its hole.

In a new twist to a widening tale of ethical lapses in the military, the Navy is investigating cheating allegations against about one-fifth of its trainers at a school for naval nuclear power reactor operators.

… Adm. John Richardson, director of the Navy’s nuclear propulsion program, said an undisclosed number of senior sailors are alleged to have provided test information to their peers. He was not more specific, but one official said the information was shared from the sailors’ home computers, which could be a violation of security rules because information about nuclear reactors operations is classified.

Nuclear missile duty has lost its luster in an era dominated by other security threats. It’s rarely the career path of first choice for young officers.

At one point, Secretary of Defense Chuck Hagel wondered aloud: “Do they get bored?” Or as, at the Washington Post, Walter Pincus wrote on February 4:

“These young “pocket rocket” officers joined the Air Force to serve their country and ended up being assigned to a four-year military backwater where they feel underappreciated and bored.

“They’re told what they’re doing is vital and necessary, although their own service treats them as second-rate colleagues while it dotes on and promotes those piloting aircraft.”

But Pincus prefaced that with a passage that provides us with a glimpse into the psyche of a missileer.

It’s not stress, drugs or cheating on proficiency tests that’s the problem for about 550 Air Force officers who serve 24-hour shifts in capsules 60 feet underground. They’re waiting — as their predecessors have done for 50 years — to launch nuclear-tipped intercontinental ballistic missiles.

The real cause of their difficulties is their “mission”: to be ready to turn keys and press buttons on a moment’s notice in response to an attack that no one really expects will ever come.

Or, to make it even more explicit, what may have the missileers down is that the odds they will be called upon to initiate a launch sequence have been drastically reduced. In other words, I’m not a psychotherapist, but many of them may believe that their big chance to play a pivotal role in history (by, well, ending it, but that’s another story) has, for all intents and purposes, gone by the boards.

Pity the poor missileer? While some of us are less sanguine about the prospects for an enduring silence in the missile silos, the source of their depression ― frustration that they can’t set the damn things off ― should be a cause for celebration for the rest of us.