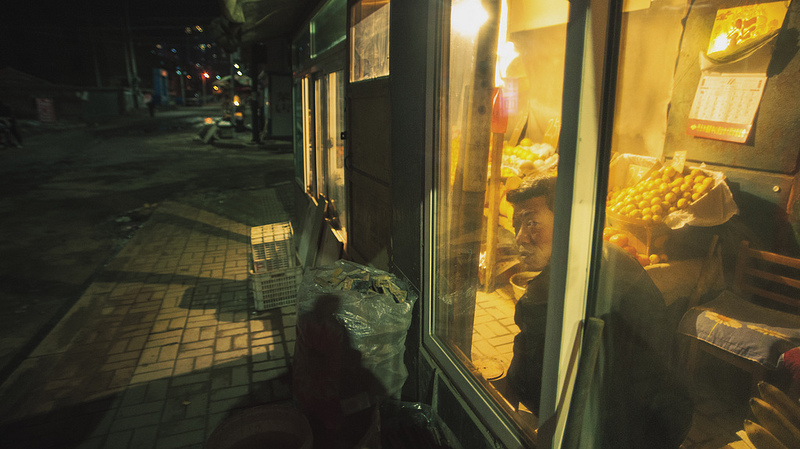 Nothing to Celebrate: North Koreans with Disabilities

On the International Day of Persons with Disabilities, a look at the grim prospects for disabled North Koreans.
By Janet E. Lord | December 3, 2013

To be sure, North Korea is attempting to polish its poor disability rights image. It sent a lone swimmer to the London Paralympics in 2012. Surrounded by some 25 minders, the athlete and the delegation spoke in glowing terms about life for persons with disabilities in North Korea. A 2003 disability law is on the books in North Korea, but it lacks implementing regulations.

These measures are disingenuous at best. At worst, they represent a brazen effort to mask disability-based persecution that has strong parallels to Nazi-era crimes against persons with disabilities.

In August 2013, the UN special rapporteur on the situation of human rights in North Korea called for investigation of possible international crimes against persons with disabilities detained in facilities where they are reportedly used for testing of chemical and biological weapons. This call comes in response to allegations by North Korean defectors, including a first-hand account by a former official of the People’s Safety Agency.

Successive UN bodies have voiced serious concerns about the human rights condition of men, women, and children with disabilities in North Korea. Highly suggestive of crimes against humanity, information on these practices has been pieced together from reporting and documentation undertaken by UN agencies and international NGOs, as well as by journalists, South Korean human rights bodies, and individual North Korean refugees, several of whom self-identify as disabled.

Testifying about disability-based persecution in North Korea, defectors paint a chilling picture of forced migration and quarantine of disabled persons, disability-selective forced abortion, forced sterilization of men and women with disabilities, infanticide, and targeted killing based on disability type. The U.S. Department of State’s 2012 Human Rights Report for North Korea makes reference to persons with physical and mental disabilities reportedly sent from the city of Pyongyang to internal exile, quarantined within camps, and forcibly sterilized. In a 2012 survey conducted by the Korean Institute for National Unification (KINU) with North Korean defectors, 34 percent of respondents stated that “dwarfs” live in isolated and segregated housing. This persecution appears directly linked to the politically and ideologically based personality cult of the late Kim Il-Sung, who reportedly disparaged this group of disabled individuals.

Other reports suggest a consistent practice of segregating persons with disabilities in the country’s infamous prison camp system. A report based on multiple interviews with some 60 female defectors, highlighted in 2013 by the special rapporteur on North Korea, indicated the existence of an island where “disabled people are being sent for medical tests such as dissection of body parts, as well as tests of chemical and biological weapons.” This is not the stuff of front-page headlines, nor is it the substance of mainstream human rights reporting on North Korea.

Disability is a determinant of vulnerability in any society, but particularly so in an oppressive regime where resources are scarce. Ongoing repression by the North Korean regime contributes to disabling conditions of all kinds, whether physical, sensory, or mental. First-hand accounts suggest that deplorable human rights conditions result in disability (and aggravate pre-existing disability) and, further, make life exceedingly difficult—and dangerous—for North Koreans with disabilities. The evidence also suggests that North Koreans with disabilities are often denied the basic human rights and fundamental freedoms to work, pursue an education, live where they choose, move freely about, and generally participate in the lives of their communities.

In assessing the credibility and reliability of human rights reporting on North Korea, it is important to distinguish between first-hand accounts by survivors and second-hand reports. Undertaking human rights investigations in a closed society where in-country work is not possible is clearly challenging and makes verification difficult. To be sure, second-hand accounts may be exaggerated, and the motives of interviewees—whether refugees, NGO workers, or others—may at times be open to question. But even assuming the existence of contradictory evidence and some unreliable accounts, the sheer volume of reports disclosing disability-related abuse points to a widespread and deeply troubling pattern, as indicated by the special rapporteur’s attention to this issue.

A persistent and credible pattern of reporting by North Korean defectors suggests that persecution on the basis of disability is ongoing and egregious, including (but by no means confined to) the notorious prison camp system. Research conducted by the Burton Blatt Institute at Syracuse University discloses a practice of quarantine of sick and disabled prisoners in “medical rooms” without medical help or medicine in what former prisoners have called “death rooms.” Indeed, the disabling effects of the prison system on prisoners are very well documented.

The special rapporteur on the situation of human rights in North Korea underscored the precarious position of prisoners in his August 2013 report. He noted the subjection of prisoners to forced and dangerous labor with little rest and limited food rations “resulting in near starvation” and frequent accidents “causing some prisoners to lose toes, fingers, or limbs or to develop physical deformities.”

Although little is known regarding the prevalence of mental disability among the population at large or within the prison population, there is evidence that depression and trauma resulting in disability are widespread. In addition, there are some reports that mistreatment in the most notorious camps is so feared that the suicide rate for prisoners facing transfer to such camps is very high.

Women and Children with Disabilities

Children with disabilities are thought to fare very poorly in North Korea. A physician defector reported that the killing of newborns with disabilities was widespread and commonplace, claiming that “there are no babies with physical defects in North Korea” because they are killed in hospitals or at home and “quickly buried.” Autobiographical accounts and interviews with other defectors conducted by KINU appear to support claims of disability-related infanticide, although other reports detailing segregation and mistreatment of persons with physical disabilities—and thus the survival of people with disabilities into adulthood—suggest that the physician refugee’s claim is at least exaggerated.

During the past 15 years, the UN Committee on the Rights of the Child repeatedly expressed concern over de facto discrimination against children with disabilities and the lack of state measures to ensure effective access to health, education, and social services. In 2003, the UN Committee on Economic, Social and Cultural Rights likewise raised the situation of children with disabilities, citing their exclusion from the formal education system. UNICEF has noted that high levels of malnutrition indicated serious problems for both the physical growth and psychosocial development of young children. The far-reaching disabling effects of such conditions are indicated in the finding of KINU that up to one third of potential military recruits were deemed unfit for service based on cognitive disability rooted in poor nutrition and general health. Although a national survey from 2012 points to significant improvements from earlier rates of acute malnutrition, an entire generation experienced the consequences of malnutrition and the resulting physical and cognitive disability, as underscored by UN human rights bodies.

In March 2013, the UN Human Rights Council adopted a resolution establishing a Commission of Inquiry (COI) to investigate egregious human rights conditions in North Korea and to determine whether they amount to crimes against humanity. Although the COI will have a range of issues and a growing body of credible documentation on which to draw in fulfilling its mandate, it is essential that its report reflect emerging evidence regarding human rights abuses against persons with disabilities that bear tragic resemblance to the persecution experienced by disabled persons in Nazi Germany.

The 2012 State Department Human Rights Report for North Korea indicates that “little is known about the everyday lives of persons with disabilities.” But as is so often the case with highly repressive regimes, disability-based persecution appears to be widespread and egregious and thus extremely pertinent to the newly established COI.

The reality for most disabled North Koreans is dangerous, grim, and tragic. The government has failed to sign or ratify the CRPD, one of the most rapidly ratified human rights conventions, yet it is obligated to respect the rights of persons with disabilities through its ratification of other treaties and its own domestic legislation. Its insincere efforts to burnish its disability credentials ring hollow on this International Day for Persons with Disabilities.

Janet Lord is senior vice president for human rights and inclusive development at the Burton Blatt Institute, Syracuse University. She is also a senior research fellow at the Harvard Law School Project on Disability, adjunct professor of law at American University Washington College of Law, and a contributor to Foreign Policy In Focus. The author is grateful for thoughtful comments and edits provided by Meredith van den Beemt, Allison deFranco, John Feffer, and McKay Jenkins.